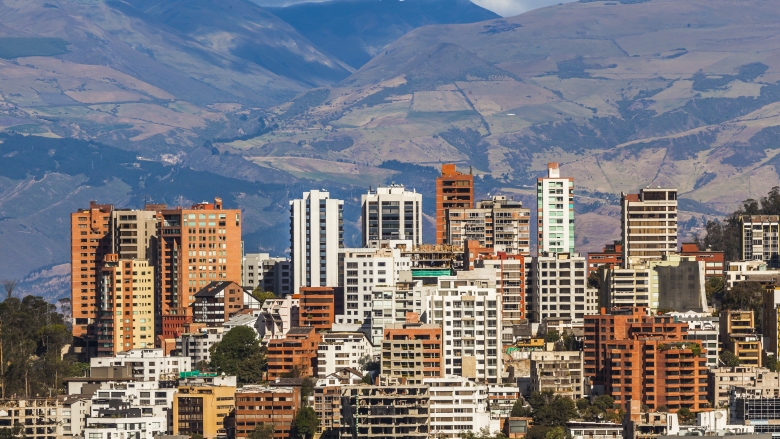 There aren't many groups that wait 20 years to meet… but that is, in fact, the case with the upcoming United Nations' Conference on Housing and Sustainable Urban Development, otherwise known as Habitat III, taking place in Quito, Ecuador, October 17 – 20.

Pulling together urban specialists, policy makers, city leaders, and civil society representatives from around the world, the goal of the global Habitat III conference is to reinvigorate international commitment to sustainable urbanization, and to focus on the implementation of a "New Urban Agenda," building on the Habitat Agenda of Habitat II in Istanbul in 1996 and of Habitat I in Vancouver in 1976.

"Habitat III will be one of the first global summits after the adoption of the 2030 Agenda for Sustainable Development and the Paris Agreement on climate change," said Senior Vice President Mahmoud Mohieldin, who will lead the Bank Group delegation at Habitat III.  "It offers a unique opportunity to discuss the important challenge of how cities, towns, and villages are planned and managed, in order to fulfill their role as drivers of sustainable development, and shape the implementation of new global development and climate change goals."

Globally, 54 percent of the population lives in urban areas today, and this trend is expected to continue.

"By the middle of the century, the number of people living in cities will increase by 50 percent to 6 billion, adding 2 billion more urban residents—four of every five people might be living in towns and cities," said Ede Ijjasz-Vasquez, senior director of the Social, Urban, Rural and Resilience Global Practice. "With more than 80 percent of global GDP generated in cities, urbanization, if managed well, can contribute to sustainable growth by increasing productivity, fostering innovation, and allowing new ideas to emerge."

Cities also play an important role in tackling climate change, as they consume close to two-thirds of the world's energy and account for more than 70 percent of global greenhouse gas emissions. As cities develop, their exposure to climate and disaster risk also increases. Almost half a billion urban residents live in coastal areas, increasing their vulnerability to storm surges and sea level rise.

What is the challenge?

Cities are growing so fast they aren't keeping up with the demands for infrastructure and services.  And while cities are critical engines of global growth, they're increasingly vulnerable to natural disasters. Investment is therefore needed now in urban resilience to protect hard-won development gains.

This argument is the premise of a flagship report on urban resilience that the World Bank Group will present at Habitat III. Developed in partnership with the Global Facility for Disaster Reduction and Recovery (GFDRR), the report, Investing in Urban Resilience, projects that by 2030, disasters will cost cities $314 billion and climate change may push up to 77 million urban residents into poverty.

But the report also points out that, with almost 60 percent of places that will be urbanized by 2030 yet to be built, the world has a window of opportunity for investment in urban resilience.

"This report shows just how vulnerable cities around the world are to climate and disaster risk," said James Close, director, Climate Change CCSA. "We need all hands on deck—bringing together public, private, and philanthropic sources of funding—to help address this growing challenge and create cities that are prosperous and safe for all."

The most recent estimate of urban infrastructure financing needs (Cities Climate Finance Leadership Alliance Report, 2015) puts these at over $4.5 trillion per annum, a significant proportion of which is in developing countries, where cities are growing most rapidly.  These financing needs cannot be met solely on the basis of existing official development assistance flows—which total around $160 billion per year—and existing local government revenue sources.

At Habitat III, the World Bank Group delegation will lead and participate in a number of sessions to share knowledge and experience in urban development, as well as to discuss what it will take to build inclusive, resilient, productive, and livable cities, in line with the World Bank Group's goals to end extreme poverty and boost shared prosperity.

World Bank-supported operations and technical assistance contribute to the objectives of the Sustainable Development Goal No.11 to make cities inclusive, safe, resilient, and sustainable.

To help cities meet their financing and resilience challenge, the World Bank has been financing and implementing sustainable urbanization for some time through an approach that is based on three pillars in order to build sustainable cities and communities.

"While the World Bank is the largest investor in urban development," said Sameh Naguib Wahba, director of Urban Development, "we need to look beyond what we can do with our money to support our clients, to how we can leverage the private sector and the capital markets. It's only through this added resource that can help us rise up to the scale of the New Urban Agenda."

Wahba added, "But although the scope for sub-national borrowing is significant, the reality is you need to start with the underlying foundations. You need to have modern municipal accounting systems, you need to enhance revenues, and you need to rationalize the expenditures if those cities are ever going to go into sustainable municipal borrowing. If you don't have the basic systems in place and an enabling national regulatory framework, you don't have sustainable municipal borrowing. And for those who ask whether a city can issue a green bond, the reality is it has to first be able to issue a regular bond." 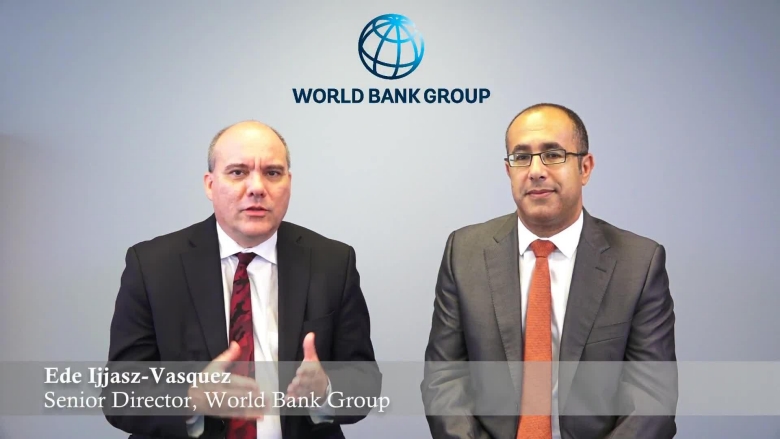 Video Blog: The World Bank at Habitat III in Quito