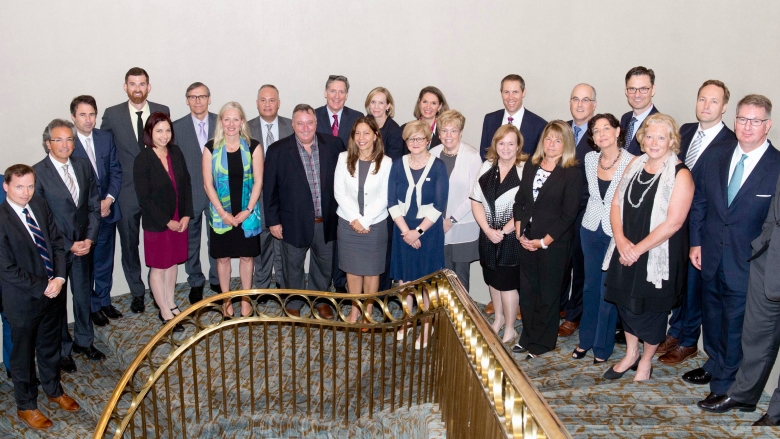 Canada’s Minister of Environment Catherine McKenna meets with business leaders from across the Canadian economy who have committed to being private sector partners of the Carbon Pricing Leadership Coalition (CPLC).

Nearly twenty Canadian companies signed on today to join the Carbon Pricing Leadership Coalition (CPLC), which brings together governments, businesses and civil society groups to identify and address the key challenges to successfully using carbon pricing as a way to combat climate change.

Canada’s Minister of Environment Catherine McKenna personally worked with the companies to draw their attention to the costs – and potential opportunities – of putting a price on carbon pollution.

" We are delighted that major Canadian companies in a wide range of sectors – from finance to forest products, from retail to major airlines – are becoming partners of the Carbon Pricing Leadership Coalition. We know that carbon pricing is the most efficient way to reduce emissions and stimulate investments in green infrastructure and low-carbon innovation. It is vital that leading companies from all industries become engaged in the transition towards a lower carbon economy. " 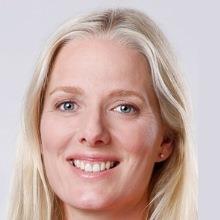 The move, which marks the largest number of companies joining the CPLC at one time, was welcomed by Feike Sijbesma, CEO of Royal DSM, and co-chair of the CPLC.

“Canada has been a true leader in our coalition,” he said. The country has done a remarkable job at the levels of the Federal Government, the provinces, and individual companies to focus on carbon pricing.  It helps sets a standard for others to emulate and expand on.”

As Canada moves to take on climate change, two key challenges it faces are figuring out how best to charge carbon polluters, and how to most effectively use the revenues that are generated.

Several provinces already have full-fledged cap-and-trade or tax schemes, while others are only now getting started. At the same time, a host of companies are looking at different ways to introduce internal carbon pricing. The federal government and the provinces are working together to agree on actions to meet ambitious commitments in their INDC, the national plan prepared for the Paris climate change agreement, and decide what to do next on carbon pricing and markets.

British Columbia, which established a carbon tax in 2008, levies a tax of $21 per ton of CO2e emissions. The province is now home to a growing clean technology sector, with more than 200 companies generating an estimated $1.7 billion in revenues annually.

Ontario, with temperatures at the southern end of the province projected to increase by 4C, and the northern half by about 8C over the next 30 years, is now gearing up its carbon pricing efforts.

“Through collaboration and innovation, Ontario, along with other subnational governments, is taking bold action to reduce greenhouse gas pollution,” said Ontario Minister of Environment and Climate Change Glen Murray. “We applaud the Carbon Pricing Leadership Coalition’s approach to fostering a prosperous low-carbon economy through activities such as building and sharing a strong case for carbon pricing, mobilizing business support and working with a broad range of partners to make a positive difference.”

“While the wheels are in motion within Canada, the country is also looking across its borders, through efforts like the CPLC, to engage with others.

“It’s great to be part of the World Bank’s Carbon Pricing Leadership Coalition,” McKenna said. "Getting business to be working with governments in terms of tackling climate change is really how we’re going to make progress.”