Any effort to understand India must begin by acknowledging the existence of not one but many Indias. The country is home to over 1.2 billion people spread across 3.3 million square kilometers of land. India’s population resides in a variety of geographies and is characterized by diverse cultural, ethnic, linguistic and religious affiliations. Well-being and prosperity vary widely across the country.

While India’s economy grew more rapidly after the mid-2000s and millions were lifted out of poverty, the gains were unevenly spread across different regions. Despite appreciable progress, some of the ‘low-income states’ (LIS) - namely Bihar, Chhattisgarh, Jharkhand, Madhya Pradesh, Odisha, Rajasthan and Uttar Pradesh - continue to lag behind the rest of the country. After 2005, all LIS, with the exception of Bihar and Rajasthan, grew at a slower pace than other states. Poverty reduction in these states was also not as responsive to economic growth as in the rest of the country. In other words, economic growth in the LIS has been less inclusive than in India as a whole. Though progress on human development outcomes such as health and education has been relatively muted for the country as a whole, the LIS have a lot more ground to cover. Underlying this divergence is the variance in the capacity and performance of institutions across the country. 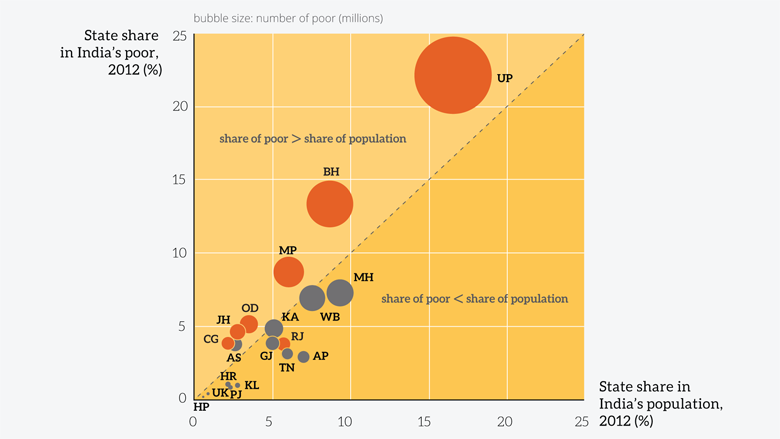 Gaps in the availability of state level data pose significant constraints to exploring the reasons for this divergence. Information on key aspects of growth and well-being is scattered across multiple, disconnected resources in the public domain. These resources are often not well organized, making it a challenge to generate meaningful comparisons between states across time and space.

The World Bank’s series of ‘India States Briefs’ is an attempt to address these gaps. The series is part of the World Bank’s Open Data initiative to improve public access to development data. The briefs pull together information from multiple publicly available resources. This typically prosaic and complex data is presented through visual devices and woven into a narrative that seeks to provide key analytic insights. The selection of indicators, data sources and identification of trends has been carried out in consultation with experts both within and outside the World Bank.

The package for each state consists of 5 thematic briefs: (i) Poverty, Growth and Inequality, (ii) Jobs, (iii) Health and Education, (iv) Gender and (v) Social Inclusion. A collection of graphs, tables and maps, along with an overarching narrative of analytic insights allows viewers to track a state’s performance over time, and benchmark it against other states. An additional artifact called the ‘At a Glance’ organizes key indicators across time-periods in tabular form and summarizes information and trends for each state. The ‘Technical Appendix’ contains the definitions of indicators and the methodology used to collate the data.

[1] The split states of Andhra Pradesh and Telangana, the north-eastern states and Union Territories have not been included due to data limitations. 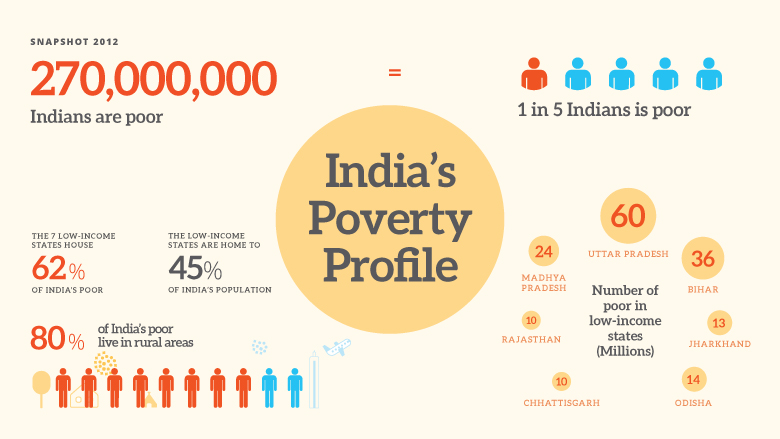