Planting the Seeds for Better Harvests in West Africa

Dimbokro, Côte d’Ivoire, May 18, 2016 —The intense midday heat hasn’t slowed down work at Bilohf rice seed farm in Dimbokro town, south-central Côte d’Ivoire. Workers have been bagging several tons of high-quality rice seed since early morning. Soon to be loaded onto trucks, the seed will be sold to rice farmers around the country.

Seeds are often taken for granted, but they can make or break a harvest.

According to Bilhof CEO Faustin Louhori, “Seeds from seed multiplication farms are better in quality, more resistant to pests, and can yield up to 50% more than traditional varieties.  Meanwhile, traditional seeds that are grown locally by farmers can be vulnerable to pests and moisture, sometimes causing farmers to lose their crops.”  Low quality seeds can yield harvest shortfalls, which can leave a dent in farmers’ incomes as well as in the availability of staple foods in markets.

But what if quality seeds just aren’t available?

For a long time, this was the case in Côte d’Ivoire, where the seed development and distribution system was decimated by a lack of infrastructure and funding, as well as political instability.  Seed banks were steadily depleted over the years. And as the national seed system collapsed, seed scientists struggled to find resources for developing and diversifying improved seed varieties. The lack of resources also prevented seed breeders from growing the available stock, and producing more seeds for greater numbers of farmers.

Faced with limited options, farmers were forced to rely on low-quality seeds that yielded less crops. So even as demand surged, less food was produced and delivered to markets. The availability of staple foods was hit. Rice, which is a huge part of the Ivorian diet with an average annual consumption of 70 kilograms per person, was no exception.  Statistics show that the failing seed system impacted rice supply: In recent years, Côte d’Ivoire has imported around US$ 500 million worth of rice annually.

Farmers need quality seeds in order to feed everyone, everywhere, every day.

This is why the World Bank’s West Africa Agricultural Productivity Program (WAAPP) is working with Côte d’Ivoire –and other countries in West Africa--to revive and strengthen seed systems. “Côte d’Ivoire’s experiences show the importance of engaging different stakeholders to grow and deliver quality seeds needed for boosting agricultural productivity and making more food available,” says Pierre Laporte, World Bank Country Director for Côte d’Ivoire.  “Over the past few years, the International Development Association has supported successful reforms that have both increased the competitiveness of the agriculture sector and enabled smallholder farmers to significantly improve their incomes, food security and well-being.” 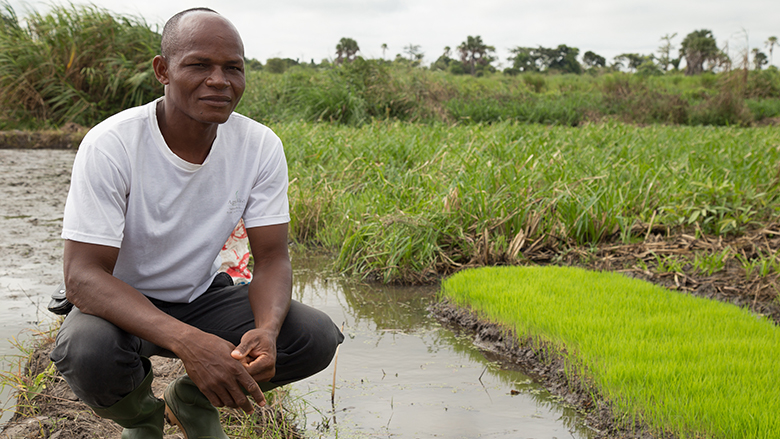 Throughout West Africa, WAAPP is supporting governments’ efforts to prepare and implement seed system strategies, improve regional seed regulations and strengthen seed certification systems. A project of this scale requires collaboration so WAAPP is working with scientists, farmers, the private sector and others to make improved seeds for rice, plantain and other staple crops available to more people.

In Côte d’Ivoire, the National Rice Development Office’s (NRDO) seed improvement initiatives are positively impacting rice supply. The NRDO is laying the ground work for six seed centers around the country. It engages with farmers and seed entrepreneurs, collecting seeds, cleaning them, and then storing them in WAAPP-funded cocoon storage facilities which preserve their quality for longer periods. It also builds up distribution networks through farmer co-ops.

The national seed system, which was disrupted in 1994 with the closing of the National Office for Seeds and Plants (NOSP), has been resurrected and is almost fully operational with the support of WAAPP. Since that crash, the cumulative production of quality and certified rice seeds financed by WAAPP has reached 6600 tons from 2012 to 2015. Around 50,000 beneficiary producers farming on 100,000 hectares of land have improved their yields by 30 to 150 percent.

Credit for the huge jump in productivity goes to seed producers like Louhiri.  Bilhof farm currently produces four varieties of rain-fed rice seeds on 100 hectares. But the Ivorian entrepreneur has big plans for the future, and hopes to eventually grow enough rice seeds to meet half of his country’s demand. He encourages citizens in other West African countries to find their own ways to contribute to their seed systems. “I used to work in agricultural corporations, wear suits and fly first class. These days, I’m fighting snakes in the fields,” he says. “But I’m feeling prouder of myself. I’m happier. What I’m doing has more impact on the lives of people—this is what matters the most.” 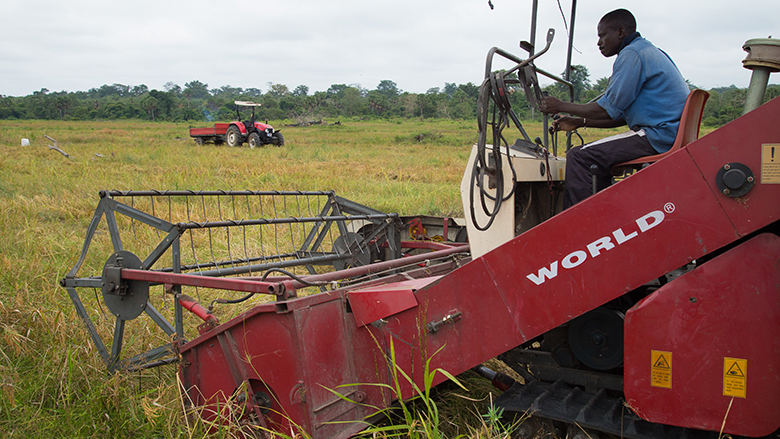