Farmers are planting the seeds and harvesting the rewards of climate-smart agriculture in Senegal.

KEL, December 3, 2015 — It’s lunch time and Fatou Yalindiaye’s family is gathered around a pot of cowpea stew.  There’s more than enough for everyone—even for the neighbors who have dropped by for a visit. This isn’t something the 53-year-old farmer from Kel, Senegal, who has lived through harvest shortfalls, takes for granted.

“We used to produce 1 to 1.5 tons [of the older cowpea variety] but with a shorter rainy season that often comes late, we would harvest only about 800 kilograms,” Fatou recalls. “With the older varieties that we were using, we didn’t even bother adding fertilizer because the rains didn’t last long enough for anything to grow. There wasn’t even enough to feed the livestock.”

Climate change has hit farmers hard. Shorter and more erratic rainy seasons and more frequent extreme weather events such as droughts and floods are already impacting harvests.  Despite long days of back-breaking work, many farmers are no longer able to harvest enough for their families. And according to projections, climate change could cut yields even more--by as much as 25% in the future.

WAAPP support to “national centers of specialization”-- research centers focused on commodities that are a country’s competitive advantage--has helped develop climate-smart varieties of crops such as rice (Mali), banana plantain (Cote d’Ivoire) and maize (Benin). Collaboration with a network of cooperatives and extension workers is helping deliver these new varieties to farmers across West Africa.

Farmers are also learning climate-smart techniques such as composting and agroforestry, and getting access to technologies like more efficient water harvesting systems. WAAPP assistance has helped around 5.7 million West African farmers be more productive, resilient, and deliver climate-smart outcomes such as lower greenhouse gas emissions—which is important since agriculture is also a major part of the climate problem and generates 19 to 29% of total greenhouse gas emissions.

Yalindiaye’s family gathers around a pot of stew, made from one of the new varieties of high-yielding, drought-resistant cowpea.

Dasan Bobo/World Bank
" We [now] also have a surplus at home to feed our family and we are able to feed our livestock with the hay from the harvested plants. "

In Senegal, higher yields no matter the weather

In Senegal, which has been designated as a “center of specialization for dry cereals,” WAAPP has worked with the Regional Study Center for the Improvement of Drought Adaptation (CERAAS) of the Senegalese Agricultural Research Institute (ISRA) to develop and distribute 14 high-yielding, early-maturing and drought-resistant varieties of dry cereals such as sorghum, millet, groundnuts and cowpeas.

Local cooperatives are contributing, by engaging their members to multiply seeds so that high-quality seeds will be available to more farmers.  Farmers are incentivized with the opportunity to sell their certified seeds back to the co-op for higher than market prices. To date, seven climate-smart dry cereal varieties have been released to more than 250,000 farmers in 13 WAAPP countries, including Senegal.

“The World Bank’s collaboration with Senegal, under the WAAPP program, is helping 423,000 Senegalese farmers produce more food and become more resilient to climate shocks,” explains Aifa Niane Ndoye, Senior Agricultural Economist with the World Bank’s Agriculture Global Practice. “Climate-smart interventions are already showing strong results—despite a rainy season that began in August instead of June, and a rainfall of only 250 millimeters instead of the usual 500 millimeters, registered yields in 2014 were high for sorghum and millet. For sorghum, there was an increase of more than 100%:  yields were 1.7 tons per hectare against the national average yield of .8 tons per hectare.”

While traditional varieties needed plenty of rain and at least 120 days to mature, improved varieties such as "Faourou" (sorghum) and "Gawane" (millet) require less than 110 days to mature and can thrive even during two to three week stretches of no rain. The new varieties also have the potential to produce between 1.5 to 3 tons per hectare. This is a significant increase when compared to the .5 to 1 tons per hectare that local, non-certified varieties typically yield.

The new varieties have increased productivity by an average of 30%--even as West Africa has experienced less and more erratic rainfall. Farmers like Fatou are counting on the new crop varieties to help ensure that no matter how much or how little rain falls, her family won’t go hungry.  After planting the new "Melakh" variety, she observed that unlike in past years, “We [now] also have a surplus at home to feed our family and our livestock. On top of that, the flavor is excellent.” The new varieties are also nutritious, with higher protein and calcium content.

New varieties are just part of the package. With WAAPP support, agricultural trainers or ‘extension workers’ are providing cooperatives with climate-smart agriculture tools and training.

In the fertile Senegal River valley, farmers have been trained on the System of Rice Intensification (SRI) technique and are using compost, applying organic instead of mineral fertilizer, and planting 20 instead of 60 kilograms of rice seed per hectare.  They’re spending less on seeds and inputs, helping to mitigate climate change by lowering greenhouse gas emissions, and reaping bigger harvests.

WAAPP is also developing and disseminating approaches to help farmers deal with climate change-induced shocks and manage land more sustainably. Two approaches to fight "striga," a weed that has spread due to higher temperatures and is particularly deadly to millet and cowpea, have been developed and distributed to farmers. WAAPP has also supported farmers’ efforts to practice sustainable land management techniques such as agroforestry.

The future of food in West Africa is climate-smart

Senegal and other WAAPP countries are showing one way climate-smart agriculture can be implemented, with contributions from scientists, cooperatives and extension workers. Climate-smart agriculture is not just central to building a sustainable food system, it’s important to the futures of farmers like Fatou: “We need to be able to respond to our needs. We have to take care of our children and assure that there is enough food… because times are hard and uncertain.” 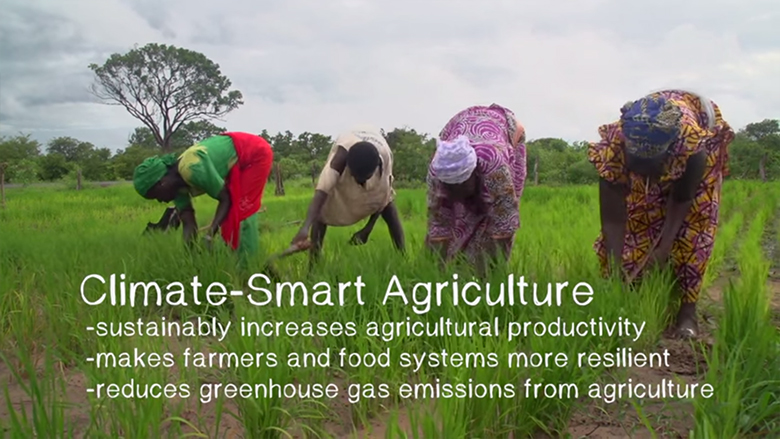 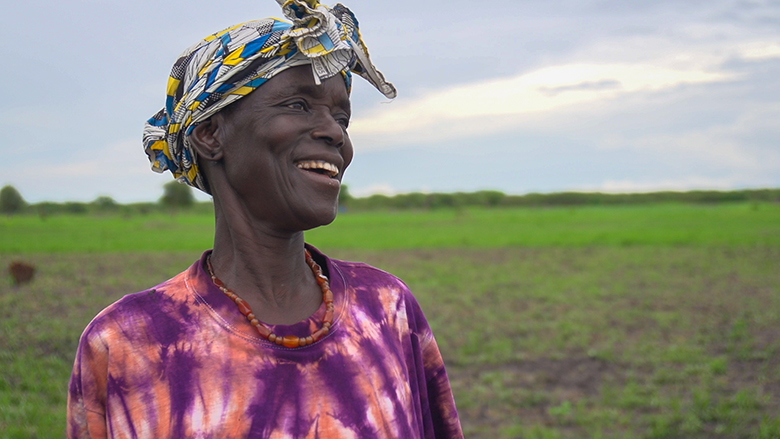