Prevention and Preparedness: An Integrated Approach to Disaster Risk Management in Turkey 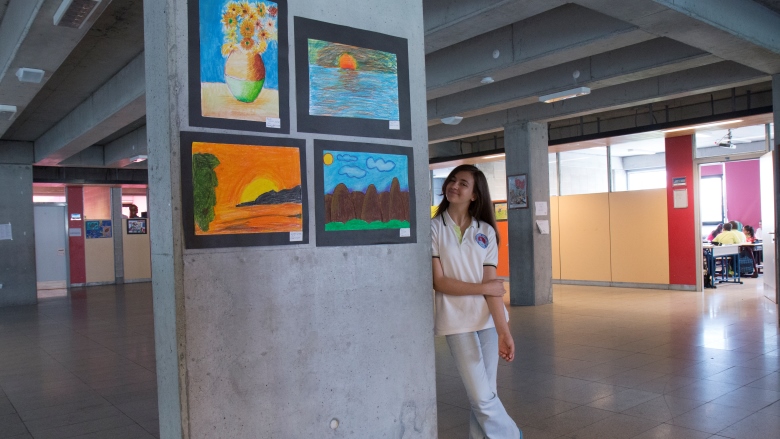 In 2011 Nisanur Kepceler watched with a heavy heart as her school was razed to the ground.

“I was so upset,” says Kepceler, a student in Istanbul, Turkey, “I didn’t want to see it demolished.”

Her sorrow, however, soon turned to joy as she settled into her new, modern school, which was erected were her old school had once stood. Not only was this new building larger and better equipped with art supplies, laboratory tools, and other school equipment – it was also more structurally sound and better able to withstand the shock from an earthquake.

“I feel lucky and special to study in such a modern school like this. I feel safer in this new school,” admits Kepceler.

Resting at the confluence of several tectonic plates, Turkey is no stranger to seismic activity. Over the last two decades no fewer than nine strong earthquakes – registering between 6.0-6.9 on the Richter scale – have occurred across the country. At least three major earthquakes, registering between 7.0-7.9, also occurred during this time. The worst, a 7.6 quake in Izmit was devastating - leveling buildings, killing more than 18,000 people and injuring more than 43,000 people.[BA1]

Recognizing the perennial danger posed by major earthquakes, policymakers in Turkey have continued to focus energy and resources to both help combat the destructive forces of an earthquake and better prepare for when a big one hits.

The city of Istanbul, with an estimated population of more than 14 million people, has been particularly proactive in this regard – working with The World Bank Group and other development partners to help increase the resiliency of public buildings, like Nisanur’s school, to earthquakes and to better prepare its population in the wake of an emergency should another powerful earthquake strike.

At the center of these efforts has been the Istanbul Seismic Risk Mitigation and Emergency Preparedness project (ISMEP), a 10 year, $550 million project designed to help improve the city’s capacity for disaster and emergency management. Over the last decade, ISMEP has helped the country both mitigate some of the largest impacts of an earthquake and improve the response when emergencies arise.

" After the earthquake in 1999, we started to think what we could do in our neighborhood. We wanted to have training. When I called the government, I was so happy to hear that there was the ISMEP project and that we could join it. " 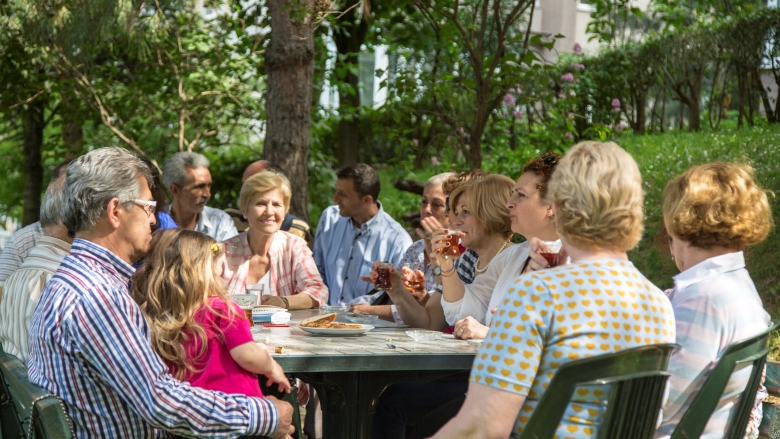 In addition to building and improving public structures the project has also seen the production of new command and control centers, the procurement of equipment, vehicles and emergency communication and information management systems, and the provision of broad trainings on emergency response and safety. In all, some 7 million people have benefitted from these activities and others.

Ayse Tekin is one of more than 265,133 citizens who have volunteered in the “Safe Life Trainings.”

“After the earthquake in 1999, we started to think what we could do in our neighborhood. We wanted to have training,” says Tekin, who lives in the Levazim neighborhood of Istanbul.

“When I called the government, I was so happy to hear that there was the ISMEP project and that we could join it.”

Over the coming years Tekin and her neighbors have completed a number of trainings and are now local disaster volunteers.

“Being a disaster volunteer showed us that doing something together is so influential and effective,” says Tekin.

Furthermore, training under this project for search and rescue units has also enabled Istanbul to be the first city in Turkey to receive a certificate from the International Search and Rescue Advisory Group (INSARAG) certificate, showing that they can operate under a UN framework globally.

By taking an approach that focuses on both prevention and response, this project represents an integrated approach to disaster risk mitigation. This means that Nisanur Kepceler can focus on her studies, knowing that she is both better protected against disaster in her new school and better situated to receive help from someone like Ayse Tekin, should disaster strike.