Harnessing the Power of the Crowd: Reflections Six Months after the Gorkha Earthquake in Nepal

This graphic illustrates the distribution of seismological impact after the Nepal Earthquake.

The 7.8 magnitude earthquake that struck Nepal on April 27th was for many an unexpected event. However, for the disaster risk management community in development and humanitarian institutions, this earthquake was only a matter of time. In many ways, all you had to do was look out any window in Nepal and see the spectacular Himalayas – mountains forged through the eons, one earthquake at a time.

With this foresight, in 2012 the Global Facility for Disaster Reduction and Recovery (GFDRR) and the World Bank undertook a small but ultimately critical technical assistance activity, mapping the Kathmandu Valley to document the locations of health and education facilities. Learning from past devastations, the GFDRR and Bank team understood that maps showing basic foundation data and other place-based information are critical in disaster preparedness, recovery, and reconstruction activities.

In the aftermath of the 2010 Haiti Earthquake, a new method for creating map data had emerged when the global digital volunteer community (or “crowd”) substantially improved the basic data featured in OpenStreetMap (OSM) for Port-au-Prince and surrounding areas. Mapping began immediately after the earthquake, and given its free and open license, was updated throughout the response, quickly making OSM the tool of choice for the response community.

Experts estimate that using traditional methods this data would have taken years and tens of thousands of dollars to produce.  Recognizing this new power of the crowd, the World Bank, GFDRR, and other partners have supported efforts to map areas at risk before a disaster strikes. Because of their vulnerability to natural disasters, urban areas around the world, including cities in Indonesia, Philippines, Malawi and Bangladesh, have been a focus.

The potential of a large earthquake in Nepal spurred the Open Cities Project, a program under GFDRR’s Open Data for Resilience Initiative (OpenDRI), which began mapping road networks, schools, and health facilities in 2012. These activities were aimed at preparedness and risk reduction, but with the knowledge that any data would be valuable when the inevitable earthquake occurred.  Remotely supporting these efforts, student volunteers at George Washington University in Washington D.C., in partnership with USAID and the U.S. State Department, began to map and digitize information for over 130,000 buildings. The remote mapping was combined with extensive on-the-ground verification.

In Kathmandu specifically, the Open Cities Project engaged residents in understanding the city’s earthquake risk–risk that became quite apparent as more vulnerable buildings were mapped.

Over the two-year course of the World Bank-GFDRR project, more than 1,500 people in Kathmandu were trained in OSM, many of whom joined the then-nascent Kathmandu Living Labs (KLL). KLL, which came about as a result of the Open Cities Project, continues to harness local knowledge, develop open data, and promotes civic technologies.

Nama Budhathoki, Founder and Executive Director of KLL states that, “The Open Cities Project provided us lots of opportunities to explore, innovate and create a foundation to advance OpenStreetMap movement in Nepal. We invested a lot of time in learning, and connecting technology and data to people. Technology is useful only if we can connect it to the everyday lives of people, to solve everyday problems.”

Before the dust had even cleared from the earthquake in April 2015, the humanitarian response effort was underway. And as a result of the work done through the Open Cities Project and KLL, for the first time there was an open and downloadable map of the urban areas affected and an up-to-date database of educational and health facilities.

The OSM crisis mappers also mobilized, existing map data for Kathmandu enabling them to focus on unmapped affected rural communities. KLL led substantial mapping efforts from a makeshift facility in Kathmandu. The effectiveness of internationally coordinated activities from over 7,000 volunteers clearly illustrated the success of capacity building under the Open Cities Project.

KLL had continued to map Kathmandu after the initial GFDRR-World Bank project concluded.  Maps of both urban and rural areas were widely used by the Government of Nepal and international organizations during the earthquake response and recovery activities.

In the 6 months following the earthquake, OpenStreetMap data for Nepal was accessed by more than 3,300 users using a GFDRR platform that translated OpenStreetMap data into formats more useful for response and recovery. This data has been used by the World Bank, and other development partners, to identify the school inventory in the country and assess the damage on a school by school basis.

Further work is ongoing to complete a more detailed structural and integrity damage assessment in order to develop a prioritization of school reconstruction.  Once reconstruction begins, progress will be monitored on the Open Cities website.

The Open Cities project in Kathmandu demonstrates the value of having accurate, open, and accessible geographic data and maps when a disaster strikes. But it is also highlights the value of this data before the disaster, to help plan and prepare. What makes this story significant is not the data or technology, but the citizens who are building local, sustainable capacity.

Through the Open Data for Resilience project, GFDRR and the World Bank will continue to help build community networks around the world that can produce and utilize the geographic data needed to increase their resilience to natural disasters.

" Without proper risk maps, the potential impacts from natural disasters and climate change remain invisible, until revealed after a disaster strikes. Engaging local citizens in this challenge represents a tremendous opportunity to quickly bridge this gap and create the evidence for urgent action. GFDRR is now involved in more than 60 countries supporting a wide variety of partners working on initiatives like the Open Cities Project and helping vulnerabilities communities better understand their exposure to disaster risk. " 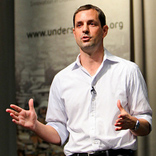 Head of the GFDRR Secretariat

GFDRR works alongside an ecosystem of other institutions who see a maps and geographic data as fundamental to sustainable development, humanitarian response, and reconstruction and recovery.

The U.S. State Department’s MapGive has led the way in providing highly accurate satellite imagery to the OSM community to map priority areas; HOT has provided training on OSM around the world and leads the global volunteer mapping community after natural and manmade crises; the Red Cross/Red Crescent work with communities to produce maps for a wide range of purposes and partner with HOT on the Missing Maps initiative; USAID uses OSM in both their sustainable development and disaster response activities; and Peace Corps engages with returned peace corps volunteers to map and provide valuable on-the-ground knowledge of places; and of course all the academic institutions and volunteers who freely give their time.

GFDRR and the World Bank remain committed to a world where maps and geographic information are available to all citizens. The organizations continue to work with government agencies to ensure this information is relevant and useful, enabling them to integrate it into ongoing analysis and actions to reduce the impacts of disasters and climate change on the world’s most vulnerable.