'Fragility' Is Not Just a Problem for War-Torn Countries 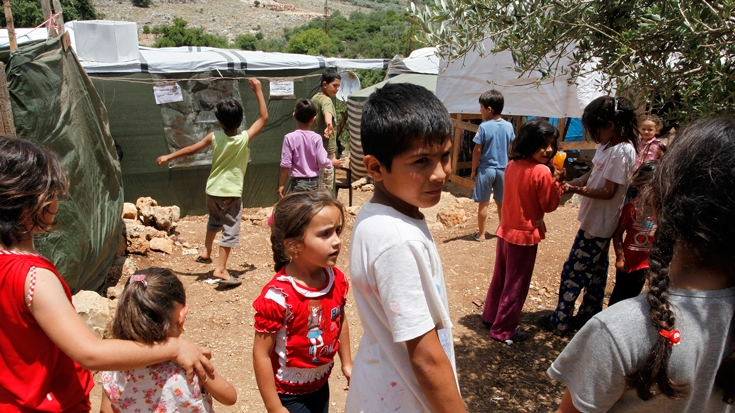 In 2013, the world reached a worrisome milestone – 50 million people were displaced from their homes, the highest number since World War II.

This problem and others related to “fragility” and violence will be front and center as about 1,000 experts and governmental and political leaders gather at the World Bank in Washington for the Fragility, Conflict, and Violence Forum Feb. 11-13. Sessions on Ebola, youth, and redefining fragility will be webcast live.

Fragility, conflict, and violence have long been associated with the lack of development progress and a problem of poor countries recovering from civil war. But significant conflict exists even in affluent countries.

A major change in the World Bank Group approach was motivated by the 2011 World Development Report on Conflict, Security, and Development, which recommended that “strengthening legitimate institutions and governance to provide citizen security, justice, and jobs is crucial to break cycles of violence.”

Global fragility has continued to evolve and is assuming new forms: the Arab Spring and the consequent state fragmentation; the emergence of ethnic nationalism; sub-national conflict in emerging middle-income countries; psychological trauma precipitating repetitive cycles of urban violence; and the nexus between organized crime and illicit drug trade and civil wars.

Experts say there is a strong need to rethink the nature of fragility and find ways to address it more effectively.

“The nature of war is changing, and we have to be very innovative,” said Betty Bigombe, senior director of the Bank’s work on fragility, conflict, and violence.

" The nature of war is changing, and we have to be very innovative. "

Bigombe, a former Uganda cabinet minister, said the World Bank Group needs to improve its ability to diagnose potential problems. “With governments and other development partners, it’s important to speak frankly,” she said.

The Bank Group is also partnering with organizations such as the United Nations, African Union Commission, African Development Bank, European Union, and the Islamic Development Bank to combine and coordinate political and development efforts, said Bigome.

Alexandre Marc, the World Bank chief technical specialist for fragility, conflict, and violence, said the Bank has made progress operating in insecure areas but can do more to integrate findings from the analysis of fragility drivers and adapt them in the design and implementation of program interventions.

“In the Central African Republic, the Bank was able to finance payment of wages of civil servants as soon as a political settlement was reached. This improved the legitimacy of the new government and contributed to a semblance of stability in the capital city,” said Marc.

The Fragility Forum brings together staff from the World Bank Group’s new Global Practices in varied fields such as agriculture, health, and governance to exchange knowledge and experience. The 50 sessions offer opportunities for brainstorming and networking and include two mini-conferences, four workshops, three clinics, and a knowledge fair on reducing interpersonal violence.

The forum also aims to bring in knowledge from outside. About 300 external attendees include the prime minister of Cote d’Ivoire; the former leaders of Finland and Libya; the mayor of Cali, Colombia; high-ranking government officials; delegations from the French, Swedish, and UK development agencies; academics; and authors. Several sessions are co-hosted with outside organizations, including Club de Madrid, the Great Lakes Policy Forum, the Dutch affiliate of Oxfam, and Agence Française de Développment.