Engaging with the Local Government to End Open Defecation in Cambodia

In the early 2000s the Government of Cambodia set an ambitious goal to achieve universal sanitation coverage by 2025. In recent years efforts have been ramped up to achieve this goal, with a National Strategic Plan for Rural Water Supply, Sanitation and Hygiene approved by the Prime Minister in early 2014.

The World Bank Water Global Practice’s Water and Sanitation Program (WSP) is supporting the government to deliver sustainable sanitation service delivery at scale and advising the national government on its decentralization plans for the sector to ensure district and commune levels have the mandate to carry out sanitation programs.

Local district and commune capacity is key for successful sanitation promotion and allows those closer to the problem and more aware of the local context to bring together citizens and the local private sector to find solutions. Local governments are devoting more resources to sanitation, including finances. “Some communes now allocate part of their budget to sanitation, which is a significant step toward achieving universal access,” Virak Chan, a Water and Sanitation Specialist at WSP, explains.

Districts and communes are working with local NGOs and other partners to engage microfinance institutions for small loans to help poor households overcome the financial barrier to purchase a latrine. A nine-month sanitation finance pilot in Kandal Province led to 1,994 households purchasing latrines on credit, providing evidence that access to finance can accelerate uptake of improved latrines for households, including the poor. Access to credit for cash-constrained families is critical to ensure they have the opportunity to invest in a latrine. However, the extreme poor, those living under US$1.25 per day, often remain excluded from access to credit as they are perceived as unable to pay back the loan.

In addition to financing, innovations in product design, manufacturing, and distribution can help lower costs, making sanitation more desirable and accessible for everyone. This was already seen in Cambodia with The Easy Latrine, an affordable pour-flush latrine, the development and market introduction of which was supported by the World Bank. The estimated 170,000 units sold by local entrepreneurs since its introduction only 4 years ago, demonstrates that local enterprises can profitably produce and sell an affordable product for which a large low-income consumer segment is willing to pay. Examples such as these, which factor in the local context, consumer demand, and affordability, can help countries such as Cambodia in meeting their goals for universal sanitation access.

Mao Sokunthea, a villager from Thmey in Kandal Province, Cambodia, recently built an outhouse with pour-flush latrine, which her daughter and son paid for through agreed monthly installments of USD$25.

Director of the Department of Rural Health Care at the Ministry of Rural Development, on reaching the goal to achieve universal sanitation coverage by 2025

“Who has a latrine at home?” asks Sophan San, a commune sanitation facilitator from the commune council for women and children.

Only about one quarter of the villagers sitting on the floor in front of her raise their hands.

Sophan is facilitating a sanitation awareness session in Thmey village, a small rural village with 146 households in Kandal Province, Cambodia, the country with the highest open defecation rate in East Asia at 51%. The meeting focuses on how sanitation contributes to dignity, convenience, and safety, with a goal of increasing the number of households who will use a latrine.

One of the meeting attendees, Sor Mech, was not able to raise her hand. She does not have a latrine at home, which means she, along with her husband, their children and three grandchildren, all must go out in the surrounding fields to defecate. Sor is acutely aware of the negative impact open defecation has on her family’s health since she uses other hygienic practices, such as boiling water and washing her hands. She has wanted a latrine since attending a similar meeting months earlier; she and her family simply hadn’t been able to afford one.

At this meeting, however, Sophan, who received training through WSP, was able to connect a local microfinance institute to offer small loans to villagers who wanted to buy a latrine. At the meeting, Sor secured a US$50 loan which will allow her to buy a pour-flush latrine slab and substructure. This latrine will help limit Sor and her family’s exposure to fecal matter, and therefore reduce health threats, such as diarrheal disease, caused by fecal contamination.  She is planning to save up for building a permanent structure around the latrine, but she says for now, she and her family will hang an old blanket for privacy.

In Cambodia, more than half of the population lacks access to improved sanitation. In rural areas, the situation is even worse, where 86% of the poorest rural Cambodians practice open defecation. Lack of access to sanitation imposes significant economic and social costs on rural Cambodians, from higher child mortality due to diarrhea, to stunted growth and development in children. 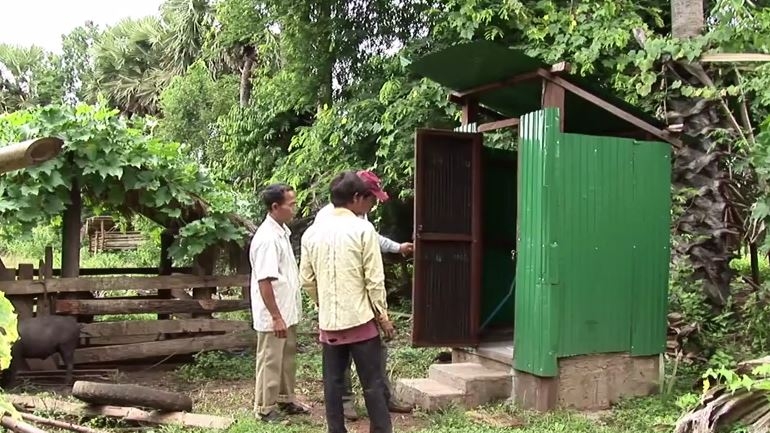 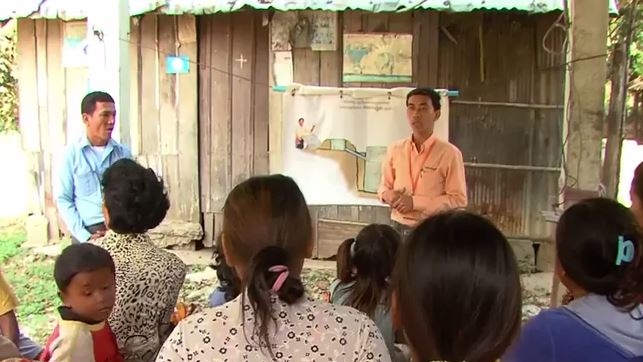 Beyond the Success: Approaches to Rural Sanitation (9 minutes)