What is Bulgaria’s Green Potential

Bulgaria has substantial green growth potential and it depends upon bold and systematic actions to tap into this potential in areas like agriculture, energy efficiency, and green manufacturing, according to Markus Repnik, World Bank Country Manager for Bulgaria, Czech Republic, and Slovakia, at the Fourth Green Forum held in Sofia in June. The event gathered more than 150 representatives of the private sector and civil society, symbolically held in one of Sofia’s greenest buildings.

Repnik was invited as a keynote speaker to present the main findings of the latest World Bank analytical work on climate change and green growth, and to outline how these findings relate to Bulgaria. His presentation came just days after the launch of the World Bank’s report, Turn Down the Heat: Climate Extremes, Regional Impacts, and the Case for Resilience, and coincided with the EU Sustainable Energy Week, where the World Bank presented its analyses on how well-designed climate action in Europe and Central Asia can bring numerous benefits, while also being cost-effective.

“The scientists tell us that we’re on course for a 2 degrees Celsius warming above pre-industrial levels, a warming which may be reached in even 20 to 30 years. . And we know that we take a very high risk that temperature increase may even reach 4 degrees by the end of this century. We also know that a 4 degree world still can and must be avoided…and we know that the time to act is now,” Repnik said at the opening of the Forum, thus triggering the discussion on Bulgaria’s green growth potential.

" Bulgaria’s ‘green potential’ is substantial, but Bulgaria would need to act strategically, systematically, and on a large scale. Bulgaria needs to act upon the ideas and ‘green’ commitment of many people – people like you " 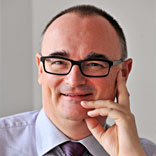 Energy efficiency of buildings also presents a huge potential. According to the OECD, energy consumption of existing buildings can be reduced by up to 50%. Given the large share of old panel apartment buildings in Bulgaria, in which 2.7 million Bulgarians live, the energy savings potential in Bulgaria is even higher. Using EU funds for a large scale program to retrofit buildings would create a win-win-win situation – win for homeowners as it reduces their energy bills, win for business as it creates jobs, and win for the environment as it would reduce Bulgaria’s energy intensity. Today, Bulgaria has the highest energy intensity in the EU – in order to produce one unit of GDP, Bulgaria uses four times more energy than the EU average.

With determined actions, Bulgaria can also position itself as a European investment destination for green manufacturing. Being close to green growth leaders in Western Europe, Bulgaria can seek closer integration by encouraging green foreign direct investment (FDI) and trade in green goods and components.

“Bulgaria’s ‘green potential’ is substantial, but Bulgaria would need to act strategically, systematically, and on a large scale. Bulgaria needs to act upon the ideas and ‘green’ commitment of many people – people like you,” emphasized Repnik, triggering lively discussions.

Video: What is Bulgaria’s Green Potential?