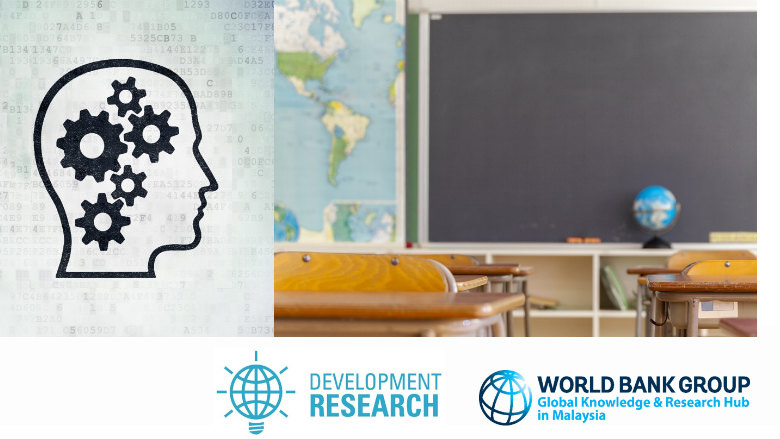 We invite you to a development research conference on the delivery of key public services hosted by the World Bank Group Global Knowledge and Research Hub in Malaysia.

A core responsibility of the state is providing and overseeing key public services, such as education, health and justice. This is recognized by governments in countries at all stages of development, but implementing services of consistently high quality remains an enduring challenge. It can become a binding constraint on realizing a country’s development strategy. The presentations at this conference – which range from ‘big-picture’ overviews and systematic reviews to country case studies and front-line empirical analyses – seek to explain how capability for effective implementation of key services has been attained, sometimes in unlikely circumstances. The presentations will also elicit ideas on which those seeking to enhance the quality of service delivery elsewhere might build.

The conference will feature Lant Pritchett (Harvard Kennedy School), Emmanuel Jimenez (Executive Director, International Initiative for Impact Evaluation), Deon Filmer and Halsey Rogers (Co-Directors, World Development Report 2018, on Education), as well as senior representatives from Malaysia, South East Asian countries, and UNDP’s Global Centre for Public Service Excellence. The conference is primarily for researchers, practitioners, and policymakers, but is open to all with an interest in improving the quality of service delivery, whether based in Malaysia, the East Asia region, or elsewhere. The primary focus will be on education, though attention will also be given to implementation issues in the delivery of other key services.

*For conference presenters, chairs and discussants.

**This session is for registered conference attendees only; the purpose of the presentation is to elicit feedback from development professionals on a draft World Bank report.

We divide the 102 historically developing countries (HDCs) into those with ‘very weak’, ‘weak’, ‘middle’, and ‘strong’ state capability. Analyzing the levels and recent growth rates of the HDCs’ capability for policy implementation reveals how pervasively “stuck” most of them are. Only eight HDCs have attained strong capability, and since most of these are small (e.g., Singapore, UAE), less than 100 million (or 1.7%) of the roughly 5.8 billion people in HDCs currently live in high capability states.

The PDIA approach argues that we don’t need more “experts” selling “best practice” solutions in the name of efficiency and the adoption of global standards; we need instead organisations that generate, test and refine context-specific solutions in response to locally nominated and prioritised problems; we need systems that tolerate (even encourage) failure as the necessary price of success.

Simple models and catchy tag lines are compelling and attractive. For many, Singapore’s development success is explained by “Dream, Design, Deliver” – far-sighted vision, good plans to achieve the vision and determined implementation of those plans. This booklet argues that at least four additional factors have contributed to Singapore’s success: action orientation, the ability to experiment, the capacity and inclination to change tack when faced with failure or opportunity, and the determination to prevent politically influential vested interests forming around inefficient or ineffective policies.

Ending Poverty: What Should We Learn and Not Learn from China?
A post by Yuen Yuen Ang at the Future Development blog, Brookings Institution.

The study of public administration in developing countries requires that we look beyond the Weberian model as the only ideal type of bureaucracy. When we assume that there exists only one gold standard of public administration, all other organizational forms that do not conform to the Weberian ideal are dismissed as corrupt or failed. Drawing on neo-institutional economics, I introduce an alternative ideal type of bureaucracy found in contemporary China. This model, which I call bureau-franchising, combines the hierarchical structure of bureaucracy with the high-powered incentives of franchising. In this system, public agencies can rightfully claim a share of income earned to finance and reward themselves, like entrepreneurial franchisees. Yet distinct from lawless corruption, this self-financing (or prebendal) behavior is sanctioned and even deliberately incentivized by state rules. Although such a model violates several Weberian tenets of “good” bureaucracy, it harnesses and regulates the high-powered incentives of prebendalism to ameliorate budgetary and capacity constraints that are common in developing countries like China.

We synthesised evidence from 216 programmes reaching 16 million children across 52 low- and middle-income countries. The results demonstrate there are no ‘magic bullets’ to ensure high-quality education for all, but there are lessons to be learned for improving future education programmes.

Elementary education administrators at the block level primarily perceive themselves, or report themselves to be, disempowered cogs in a hierarchical administrative culture that renders them powerless. They refer to their own roles and offices as “post offices,” used simply for doing the bidding of higher authorities and ferrying messages between the top and bottom of the education chain. Using the case of education delivery, this paper attempts to probe an administrator’s perspective in resolving the implementation problem at the last mile and is based on detailed primary fieldwork in Bihar and Andhra Pradesh along with some quantitative surveys conducted in Rajasthan, Maharashtra and Himachal Pradesh. It endeavours to trace the “cognitive maps” of administrators by capturing how last mile public servants see themselves and their jobs, and how notions of job performance are internalized and interpreted within the administrative context of elementary education in India.

Session C: Country Case Studies – How Capability for Implementation Was Acquired, at Scale