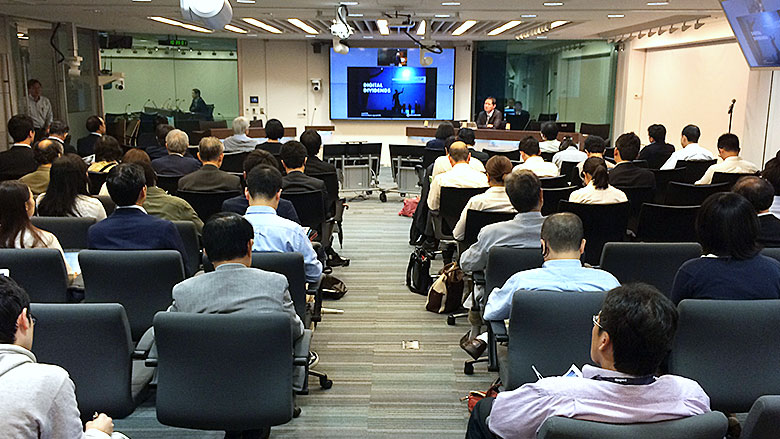 “World Development Report (WDR) 2016: Digital Dividends” says that while the internet, mobile phones and other digital technologies are spreading rapidly throughout the developing world, the anticipated digital dividends of higher growth, more jobs, and better public services have fallen short of expectations, and 60 percent of the world’s population remains excluded from the ever-expanding digital economy. To deliver fully on the development promise of a new digital age, the report suggests two main actions: closing the digital divide by making the internet universal, affordable, open, and safe; and strengthening regulations that ensure competition among business, adapting workers’ skills to the demands of the new economy, and fostering accountable institutions—measures which the report calls analog complements to digital investments.

Yasusuke Tsukagoshi, Special Representative, Japan, World Bank Group, opened the seminar delivering his opening remarks. This was followed by Uwe Deichmann, Co-Director for WDR 2016, presenting the main findings of the report, via videoconference from Washington DC. During the latter half of the seminar, two commentators, Prof. Yasuyuki Todo of Waseda University and Prof. Izumi Aizu of Tama University, shared their comments.