Working for a World Free of Poverty
Events
World Bank Seminar “Aging and Economic Update in East Asia and Pacific”
January 26, 2016Tokyo
According to The World Bank’s recently released report, East Asia is aging faster than any other region in history. In this seminar, World Bank Vice President Mr. Axel van Trotsenburg spoke about the region’s challenges and regional economic update. 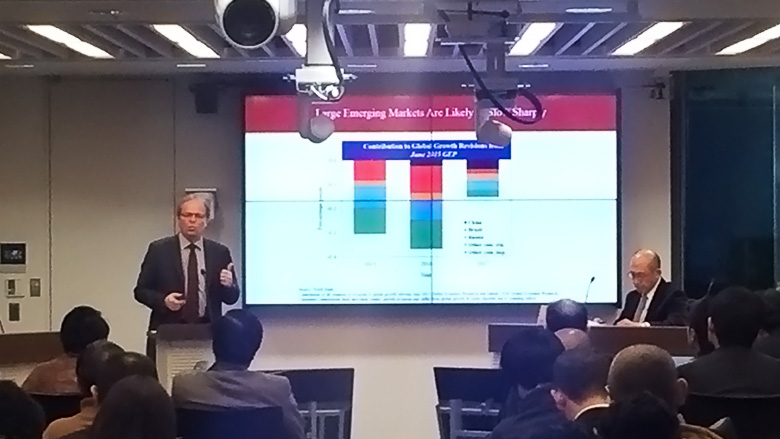 The World Bank’s recently released report “Live Long and Prosper: Aging in East Asia and Pacific” finds that 36 percent of the world’s population ages 65 and over, or 211 million people, live in East Asia, the largest share among all regions. According to the Report, which also reflects Japanese experience, East Asia is aging faster than any other region in history, and some middle-income and wealthier economies could lose as much as 15 percent of their working-age population by 2040. The report examines how aging may affect the drivers of economic growth in the region, as well as patterns of public spending. It reviews current policies and provides recommendations on how countries with diverse demographics can address challenges in the labor market, social security systems, and health and long-term care.

❖ The seminar will be web-streamed at:
https://www.youtube.com/watch?v=2dOPhkN4Wxc