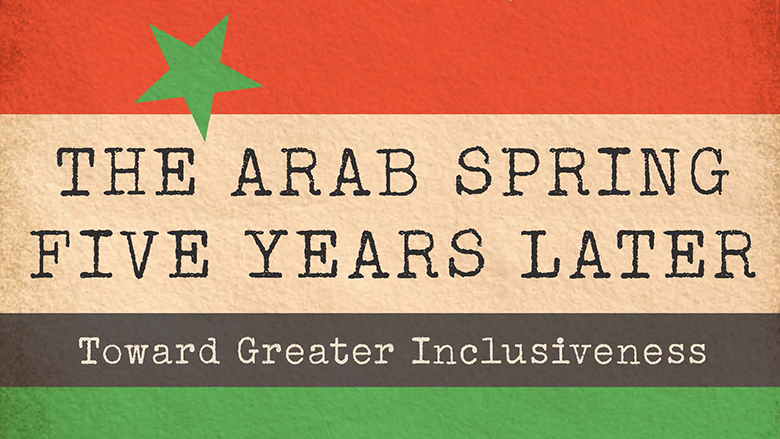 The dilemma felt by Arab youth was captured in Tunisia by the self-immolation in 2010 of Mohamed Bouazizi, who was frustrated by restrictions on his small street-vending business. His death became the catalyst that seemed to light up revolts throughout the Middle East. The frustration had been building for some time:  large segments of society were denied economic progress, while the middle class was squeezed, and governments had cut back on services and public employment.

Since the series of uprisings began, the debate in Arab countries has focused almost exclusively on politics and questions of national identity. However, it is economic issues that are driving the agenda, and real economic grievances must be addressed in order for the many transitions to succeed.

Hafez Ghanem gives a thorough assessment of the Arab Spring, beginning with political developments since the revolutions and changes in the legal and institutional frameworks that affect economies.  Arab economies grew at healthy rates before the revolts, but the benefits of economic growth were unfairly distributed. The politically connected reaped great benefits, while educated youth could not find decent jobs, and the poor and middle class struggled to make ends meet.

Hafez Ghanem is vice president for the Middle East and North Africa at the World Bank and a nonresident senior fellow in Global Economy and Development at the Brookings Institution.  He is a former assistant director general of the UN’s Food and Agriculture Organization and a former country director at the World Bank.  He is coauthor of After the Spring:  Economic Transitions in the Arab World and author of numerous articles on Arab economies.