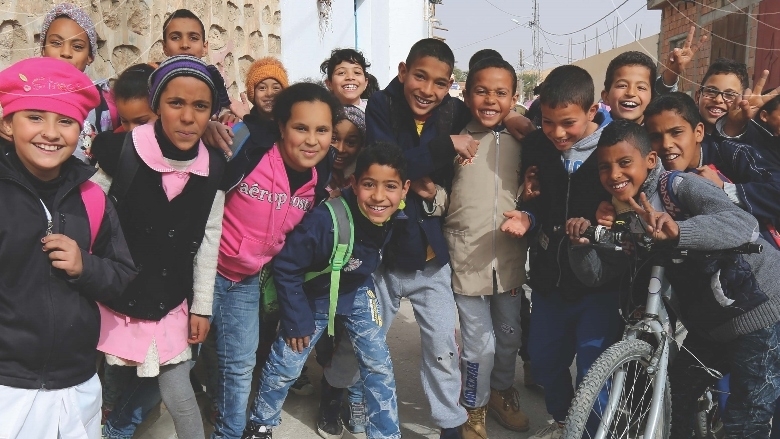 The last eight years have been challenging for the Middle East and North Africa (MENA) region. In response to the region's changing circumstances, the World Bank Group launched in 2015 a new strategy entitled - "Economic and Social Inclusion for Peace and Stability in the Middle East and North Africa: A New Strategy for the World Bank Group". This strategy, built on 4 pillars - Renewing the social contract, Regional cooperation, Resilience to refugees and migration shocks and, Reconstruction and recovery - focuses on promoting peace and stability and has produced several innovations.

For instance, by leveraging partnerships, the Bank was able to continue working in Yemen during active conflict. IDA grants totaling $1.7 billion have been mobilized for critical life–saving services and economic opportunities for vulnerable Yemenis.  As Lebanon and Jordan faced the shock of millions of Syrian refugees, a new facility was launched to provide them with concessional financing, the first ever for middle-income countries. That facility became the Global Concessional Financing Facility (GCFF) that has so far unlocked over $2.5 billion in concessional financing. These initiatives have contributed to alleviate some of the tensions in the region.

Although challenges remain and will continue for some time to come, a new economy is slowly emerging. To support this new economy, the World Bank Group is expanding the MENA strategy.

Promoting stability is still critical to the World Bank Group, and we will continue to design interventions based on the four pillars. To support the region in seizing new opportunities, three new priorities have been added to the original four pillars:

Harnessing the region's human capital - The region is far from using the full potential of its human capital. MENA countries' average Human Capital Index is at 49% which means that young people in the region can expect to be on average only half as productive as they could have been with full health and quality education. MENA countries have lined up to address these disparities: a number of pioneering countries are working with the Bank to develop action plans to improve their investments in building human capital. Reforms of education systems are essential. They should start in pre-primary education and address skills development with a focus on employability in the private sector.

Leveraging technologies for a new digital economy - Creating an infrastructure for the development of a more sophisticated digital economy will be key to take advantage of the region's tech-savvy youth. This should be coupled with adaptable regulatory reforms to allow digital payments. With access to high speed internet and digital payments, many more people could use their mobile devices for economic growth and productive purposes. To supporti economic transformation and lay the foundations for a new digital economy, more flexible social security systems will be required.

Developing the private sector through the Maximizing Finance for Development approach (MFD) - The World Bank Group’s Maximizing Finance for Development approach pairs development challenges with private sector solutions. This approach, pioneered in the MENA region, continues to be implemented through coordination between the Bank, the International Finance Corporation (IFC), and the Multilateral Investment Guarantee Agency (MIGA), as in the case of Egypt's energy sector where Bank-supported policy reforms were able to unlock over $20 billion in private investments in renewable energy and gas. Meanwhile, MENA is expanding the approach to social sectors.

By expanding its strategy, the World Bank Group seeks to help the MENA region move from stabilization to transformation, unlock its vast economic potential of youth and women and ease the constraints that hamper their creative energies.

An Expanded Strategy for the Middle East and North Africa – video