For Tanzania, Bringing Even More Money within Everyone’s Reach is Key 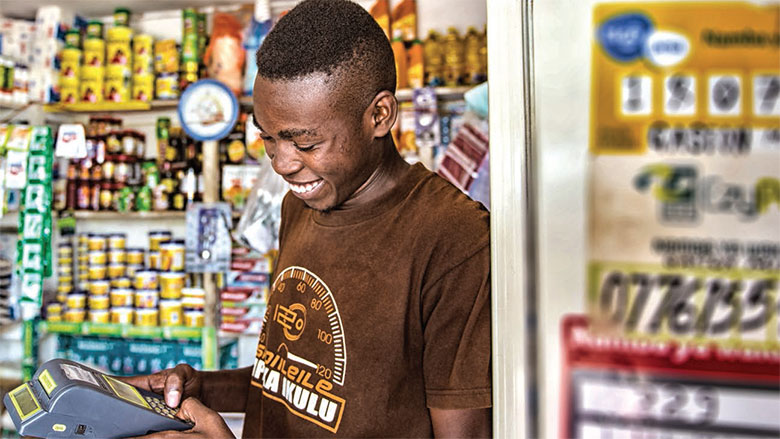 DAR ES SALAAM, April 11, 2017–Tanzania has maintained strong macroeconomic performance amid a challenging global environment, averaging 6%-7% annual real GDP growth for the past decade. The World Bank Group’s latest Tanzania Economic Update says even higher growth is needed to make an impact on the 12 million of its citizens still living on less than $0.60 per day and the 800,000 young people enter the labor market every year.

To achieve this, however, Tanzania needs to do three things: maintain macroeconomic stability; have effective public investment; and introduce structural reforms, including supportive policies for promoting private sector investment and growth. 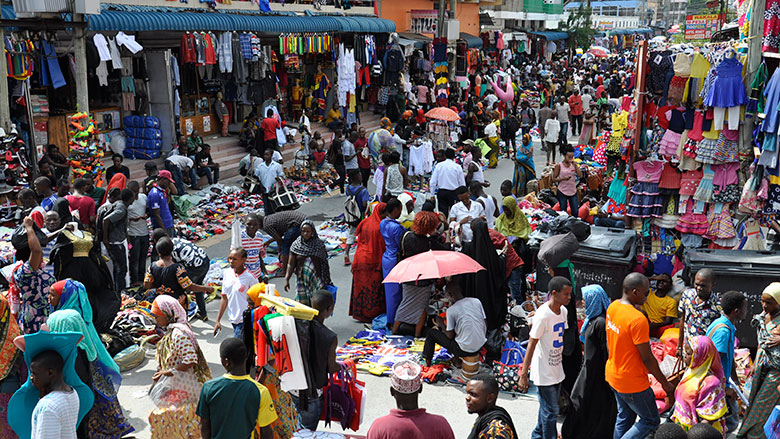 The ninth edition of the Tanzania Economic Update focuses on the special topic, “Money Within Reach: Extending Financial Inclusion in Tanzania.” It analyses the country’s extraordinary progress in bringing financial services to 62% of its population today compared to 11% in 2006, making it a regional leader in the use of digital financial services and putting it on a solid footing to achieve Universal Financial Access by 2020.

With these needs in mind, Tanzania is among the 25 priority countries within the World Bank Group's Universal Financial Access 2020 initiative, whose goal is to enable access to transaction accounts as a first step toward broader financial inclusion.

Much of this progress has been credited to money transfer services that were introduced by mobile network operators in 2008. These are operated by a network of agents across the country offering a range of services and products, whereas the traditional bank-dominated financial system remains mostly urban-based and is still unaffordable for the vast majority of Tanzanians and their businesses.

Where ordinary citizens once had to enter into risky arrangements to send money urgently to their families, the mobile money services have almost eliminated this risk and drastically reduced the time and cost transactions used to take. They have moved further to offer products at affordable cost, such as insurance and credit, as well as offering platforms for paying utility bills.

Despite these significant developments, full financial sector integration continues to elude Tanzania, and the 9th Economic Update argues it is vital for promoting and sustaining growth in several ways, including by mobilizing savings to allocate them to households, businesses, and government for productive investments.

“What the dynamic mobile services sector has done is create new opportunities for individuals that never existed before,” says Andrea Mario Dall’Olio, co-author of the 9th Tanzania Economic Update. “However, there is now a need to support the gradual upgrading of those mobile service customers from transactional services to savings and credit services, which are still the domain of the traditional banking sector.”

About 56% of Tanzanians borrow money to meet their consumption and access social services. The primary source of loans for 63% of Tanzanians remains informal networks, such as friends and family, while 17% of Tanzanians use mobile network loans, and only 7% of people have obtained credit from banks.

To further illustrate the formal banking sector’s central role in savings and credit, at the end of 2015, the value of mobile money stocks—money deposited in trust accounts by mobile operators in commercial banks—accounted for less than 3% of total bank deposits. Loans extended through mobile money products were estimated to make up less than 1% of the total value of bank credit.

More than 40% of formal Tanzanian enterprises have identified access to finance as the most significant constraint to doing business. And with a 17.1% ratio for credit to the private sector to GDP, Tanzania is in fact lagging behind in the region and urgently needs reforms to improve access to bank credit for its micro, small, and medium-sized enterprises, which can be a conduit for accelerated poverty reduction.

According to the Update, Tanzania can build on its recent achievements in mobile money by expanding financial inclusion and increase access to credit to enterprises. This would involve: