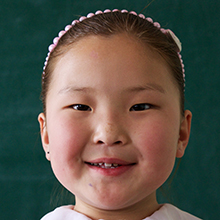 The World Bank in Mongolia

Over the past 30 years, Mongolia has transformed into a vibrant democracy, with treble the level of GDP per capita and increasing school enrollments, and dramatic declines in maternal mortality and child mortality.

Mongolia: Commitments by Fiscal Year (in millions of dollars)*

Fighting on the Frontlines of COVID-19 in Mongolia

Find out what the Bank Group's branches are doing in Mongolia