Martin Raiser is the World Bank Country Director for China, Korea and Mongolia 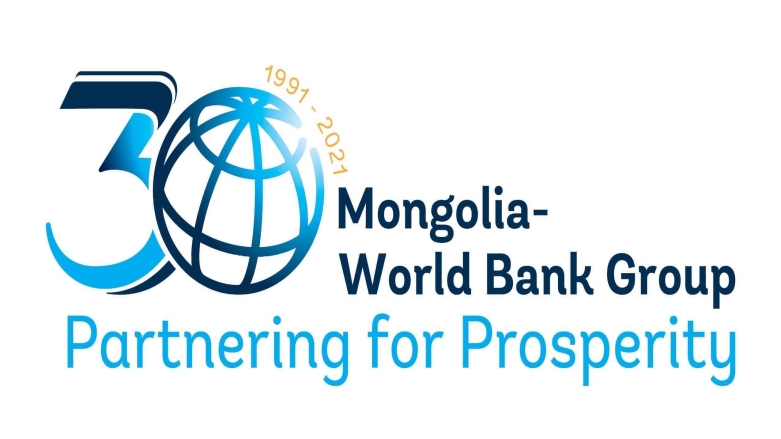 It all began exactly thirty years ago. On February 14, 1991, the eve of Tsagaan Sar, Mongolia joined the World Bank Group[1]. This was the period when the country had just gotten on the path of democracy, free market, and openness to the outside world.  Mongolia rightly took pride in this transition but, at the same time, it presented enormous challenges, including a sharp economic contraction. Following the cut of external aid, the hardship was felt by Mongolians every day. Long lines were visible on every street corner for rationed food.

The World Bank’s support was quick to arrive. By the end of 1991, the first project of $30 million was already signed to help rehabilitate production in key sectors such as agriculture, energy and transport. The World Bank also carried out a comprehensive macroeconomic analysis, zooming in on the immediate challenges of runaway inflation and falling output.

Since these early days three decades ago, the World Bank Group (WBG) has accompanied Mongolia’s strong recovery and development, culminating in the country’s graduation from the International Development Association (IDA) – the WBG’s lending window for low income countries – last year. Mongolia’s economy has expanded significantly over this period, with GDP per capita rising more than fourfold from $1,072 in 1991 to $4,339 in 2019. But growth has been volatile. Like many other resource-rich countries in the world, Mongolia experienced persistent boom-and-bust cycles. Economic diversification remains critical to generate productive jobs, especially for the young. People’s living standards have improved, but growth did not not generate shared prosperity for all. Mongolian citizens expect their government to deliver quality education and health services, and provide for a clean and safe living environment. Their aspirations have not yet been fully realized.

Through good and difficult times, the WBG has remained a steadfast partner of Mongolia. Our budget support operations helped Mongolia restore macroeconomic stability and lay the foundations for inclusive growth. Our investments contributed to economic development in both mining and non-mining sectors, improving people’s livelihoods, and addressing environment and climate challenges. A total of $1.28 billion World Bank financing has been committed to Mongolia for these years. The WBG’s private sector arms—the International Finance Corporation (IFC) and Multilateral Investment Guarantee Agency (MIGA)—have also been active in supporting private investments.

The investments have helped improve people’s livelihoods across the country. In the energy sector, we supported electricity access to over 100,000 rural and herder families providing them with portable solar panels in the 2000s. In the early 2000s, the World Bank telecommunications project helped all 360 soums in Mongolia gain access to modern phone and internet services. To help herders mitigate natural disaster risks, we supported the world’s first index-based livestock insurance system in Mongolia. To improve governance, we helped revamp the statistical system in Mongolia to match international standards to inform decision making, and empowered citizens to make their voice heard on public expenditure allocations at local levels. IFC financed Mongolia’s first utility-scale windfarm for the country and supported reforms to increase access to finance for SMEs through enabling movable collateral.

Most recently, in the face of the COVID-19 pandemic, the WBG quickly mobilized over $60 million to support the relief and stimulus measures for saving lives, protecting the poor and vulnerable, and ensuring sustainability of businesses and jobs. These resources are being invested for the most essential medical and diagnostic equipment in three tertiary hospitals, nine district hospitals of the capital city and 21 aimags, personal protective equipment for frontline health workers, and training for medical staff. A new project, which would finance the vaccination of about 60 percent of Mongolians has just been approved. The Bank is also financing the temporary relief of social insurance contribution for over 120,000 self-employed workers including 72,000 women and around 150,000 workers employed by 18,000 firms affected by COVID-19. Bank support has also benefited approximately 1.19 million children through the top-up payments to the government’s Child Money Program.

After thirty years of partnership with the World Bank Group, Mongolia has become a lower-middle-income country and its vision is to become by 2050 a high-income country with high levels of human development, better quality of life, a diversified economy, and good governance. This is an aspiration we will continue to support. To turn it into reality will be challenging. The first step will be to gradually phase out short-term relief measures and return to the important agenda of structural reforms which are needed to rekindle growth and make it sustainable and inclusive. Over the medium-term, Mongolia will have to contend with the growing risks associated with climate change, and the challenges this will bring to the structure of its economy. And it will need to offer its youth the perspective of productive, well-paying jobs, to retain the country’s talents at home.

The WBG is honored to have been Mongolia’s trusted partner over the past thirty years. We are confident that our partnership will continue and further strengthen in the decades ahead, rain or shine.