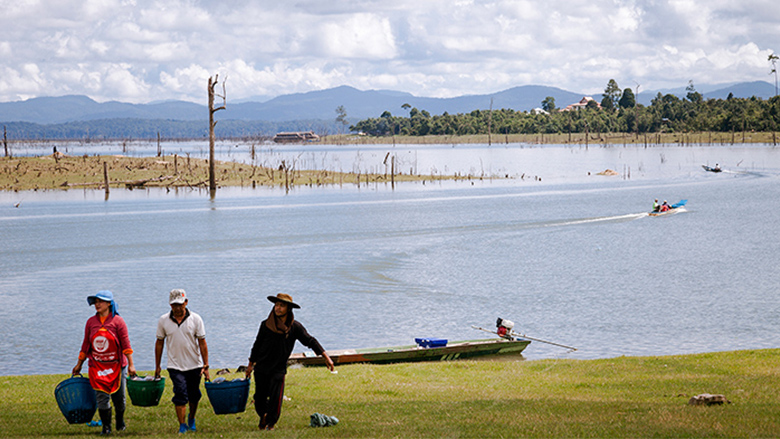 Reservoir fisheries have developed into a major source of income for most resettled people in the Nakai Plateau. Photo: Bart Verweij / World Bank

The Nam Theun 2 multipurpose development project (NT2) is one of Lao PDR’s largest and most complex hydropower projects.  It is jointly implemented by the Nam Theun 2 Power Company (NTPC) and the government of Lao PDR and financed by 27 parties, including the World Bank Group (WBG) and the Asian Development Bank (ADB).