Nam Theun 2: Powering the Next Generation 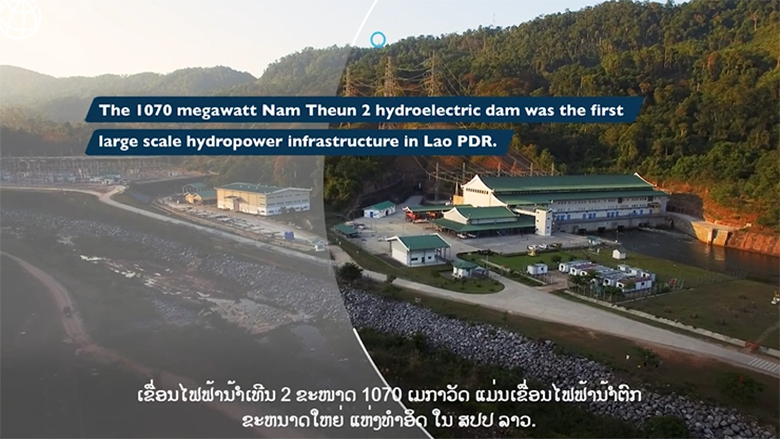 click
Nam Theun 2 is more than a hydropower project. It is an infrastructure project that has introduced industry-standard technologies and practices and has generated needed revenues for poverty reduction. It is a social and environmental project that supports improved livelihoods through community driven development and a strong focus on environmental protection.

Lao PDR is very different from 25 years ago.  At that time, there was very little private sector investment and foreign lending, and the district of Nakai, in the central province of Khammouane, was extremely remote with no paved roads, no electricity, and no health clinics.

When the World Bank became involved in the early 1990s, embarking on a project such as Nam Theun 2 seemed like a leap of faith—it was the largest infrastructure project in Lao PDR at that time and an ambitious undertaking—but it was a project that would take, and shape, a generation.

The Nam Theun 2 (NT2) project oversaw the construction of a 1070-megawatt hydropower station, which began operating in 2010 and today supplies electricity for domestic consumption as well as for export to Thailand. At the start of operations, NT2 represented 42% of Lao PDR’s electricity generation capacity.

Operating a project of this magnitude required new foundations in Lao PDR. Many of the instruments developed for the project were new, including safety regulations, concession agreements, operational procedures, and safeguard frameworks.  The project helped to open the country to Foreign Direct Investment.

Local staff have been involved in operating the dam since the early stages, ensuring that Lao professional capacity is built. From engineers to managers, skills are being honed gradually, so that by 2035, when the hydropower plant and all assets become the sole property of the Lao government, there will be a local workforce with the skills and experience to take full responsibility. 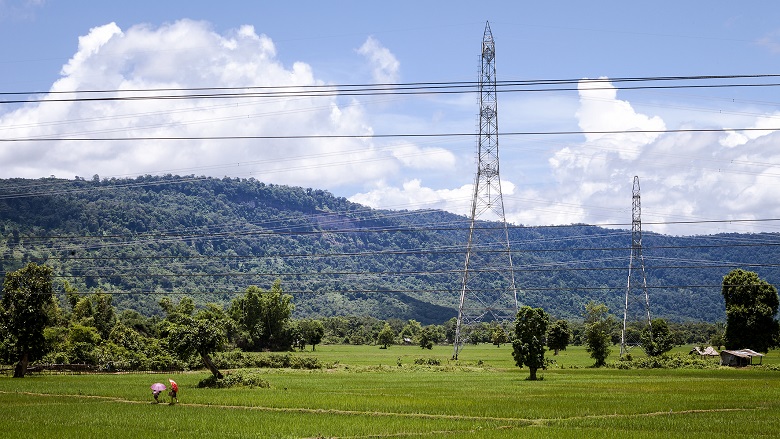 Lao PDR has transitioned to become a Lower Middle-Income Country, and poverty rates have declined to 23%, from 46% in the 1990s. Despite these achievements, much work remains to continue these social gains and to support sustainable development in the country.

According to the project’s legal agreements, all revenues received by the government from the project were allocated to poverty reduction or environmental management.  These revenues come from royalties, dividends, profit taxes, and dividend taxes, and have been invested in programs such as a Free Maternal and Child Health Scheme, Health Equity Fund, Poverty Reduction Fund, and School Block Grants. 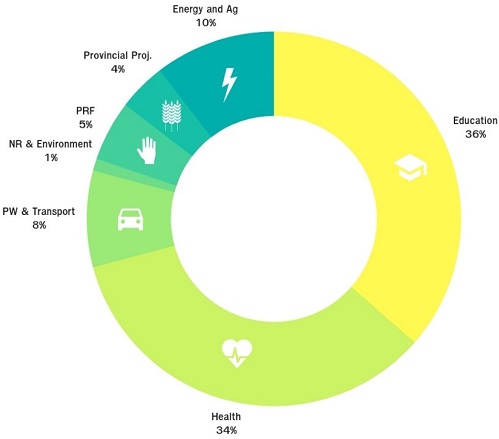 Prior to NT2, Nakai did not have paved roads, and was not yet cleared from unexploded remnants of war.  The clearance of these explosive devices and paving of roads made it easier for locals to travel and has connected them to economic possibilities previously beyond reach. Today, ATMs, markets, and foreign tourists on motorbikes are seen along the roads to Nakai.

A total of 6300 people from several ethnic groups moved into new villages and houses that were located and designed in close consultations with the local communities. Residents can now more easily access markets, and were connected to the electric grid, many for the first time. New public services and infrastructure included:

While adapting to new living spaces and ways of life is a human process, and never simple, many adjustments have been made along the way to ensure that communities are getting support as needed.  Village infrastructure is regularly maintained from a designated fund.

Today, the resettled communities of Nakai have experienced significant improvements, particularly in the areas of health and education:

Support to the resettled communities goes beyond compensation and new buildings.  Villagers received support to develop sustainable livelihoods. Income sources have become more diversified, across areas such as agriculture, fisheries, livestock, and off-farm livelihoods, such as handicrafts or tourism. All households are now above the rural poverty line. 97% of households have nearly doubled their previous incomes, and the small percentage who are vulnerable to slipping into poverty receive additional support, such as food supplies. This compares with a poverty rate of 50% in Nakai in 2008 and the current national average of 23%. A total of 99.6% of households now report having savings, compared to 21% in 2006. All families own at least one phone, and TV, fridge, and motorcycle ownership are up 70%, 66%, and 40% respectively. With concurrence of the independent Panel of Environmental and Social Experts, the resettlement implementation program was closed in July 2018, having met the obligations under the Concession Agreement.

Support was also provided to villages downstream of the dam, to compensate for lost assets, ensure communities maintained their income levels and protein intake, and support ongoing adaptation to those who faced changes in water flow. Support included water and sanitation infrastructure, livelihood training, such as fish farming and improved agricultural methods, and a Village Income Restoration Fund to provide loans for livelihood investments. Beneficiaries have reported increased assets and improved housing as well as decreased poverty, while household consumption and dietary diversity has increased.

The 4000-square kilometer forested area around the NT2 project, the Nakai Nam Theun National Park, is a key biodiversity area in Southeast Asia. A wide variety of endangered and protected animal and plant species call this forest home, and some, such as the Giant Muntjac (Muntiacus vuquangensis), a type of deer, and the Chinese Swamp Cypress (Glyptostrobus pensilis), are critically endangered species known in few other areas in the world. In preparation for flooding of the reservoir, animals in the reservoir area were moved, tagged and released back into the protected area.

The Watershed Management and Protection Authority (WMPA) receives $1.3 million of the hydropower project revenues for conservation annually. For patrolling, the WMPA has trained local community members as rangers and has formally partnered with the military on international border areas. Some areas of the National Park are zoned as total protection zones with no natural resource extraction allowed, while others provide controlled use for non-timber forest products, subsistence logging for new house construction, or other low-impact needs of the nearby villages. Since 2010, forest cover in the watershed has been maintained; however, loss of wildlife and high-value timber remains. These pressures --particularly wildlife threats from poaching-- have unfortunately been pervasive in all protected areas across Lao PDR during this time.

Much progress has been made, but work remains to bring the National Park, one of only two in the country and until recently a National Protected Area, up to international management standards. Managing a 4,000 km2 protected area with 32,000 rural residents, 28 languages, a long international border, and many highly-valued wildlife and tree species is a very difficult task anywhere in the world. New institutional arrangements are now in place to work toward this goal. A consortium of local and international Non-Governmental Organizations, led by an experienced Lao conservationist from the Lao Wildlife Conservation Association, has recently begun supporting the WMPA on strengthening its financial planning, rural village development, biodiversity research, law enforcement, and awareness raising efforts.

The project included a variety of stakeholders throughout the project from global consultations with international NGOs about safeguards and sustainability to extensive consultations with villagers regarding resettlement design, infrastructure and livelihoods. In recent interviews, local communities consistently noted the most important help received from project staff was related to adapting and taking up new opportunities.

The World Bank Nam Theun 2 project closed in December 2017. The project met its objectives, demonstrating benefits both at the local level and at the national level. NT2 has supported local households to have more control and decision-making ability over the natural resources upon which they rely for their livelihoods; and has equipped the provincial and district governments with skills to undertake participatory planning and improve public administration.

Notwithstanding these achievements, challenges remain and its potential to continue to contribute to livelihoods never truly finishes. Building on the Panel of Experts’ insight and joint efforts of the government, NTPC and the international financial institutions, several initiatives will continue the important work of community development.

In the resettled villages, communities are still working closely with the local government to determine the best use of their forest resources to support their livelihoods.  Since the development of new livelihoods takes many years, NTPC is financing a Nam Theun 2 Development Fund to continue to support the villages, in addition to maintaining communal infrastructure.  In the watershed area, the transition to become a National Park raises its profile Lao conservation, supported also by a country-wide World Bank project (LENS2). Revenue to the government will continue, rising in 2035 when the project is handed over to 100% Lao ownership.