Financial Services in Côte d’Ivoire: Banks Set Aside in Favor of Mobile Money 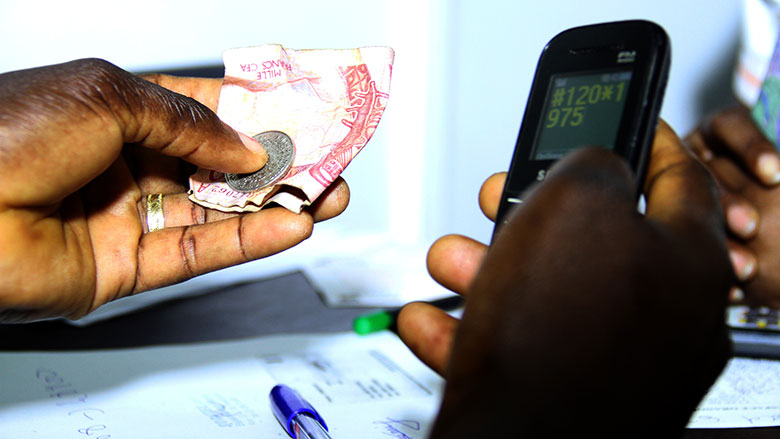 In Côte d’Ivoire, mobile money has become one of the population’s most frequently used means of conducting financial transactions.

ABIDJAN, July 14, 2016—In Côte d’Ivoire, only one in eight people who save money chooses to deposit his or her savings in a bank or financial institution, a rate that is nearly two times lower than those observed elsewhere in Africa, and close to three times below the average in low-income countries. It seems that most Ivorians prefer to keep their money tucked under the mattress, while the more affluent invest in real estate or save in accounts abroad. This constitutes a significant loss in revenue for a country that, since the return of peace in 2012, has high hopes of joining the ranks of emerging countries by 2020.

Why are Ivorians turning their backs on local banks? According to the World Bank Economic Update entitled “The Race to Emergence: Why Côte d’Ivoire Must Adjust its Financial System,” the explanation is both historic and practical. “The reluctance of Ivorians can be explained in part by the political crisis, which weakened the trust between banks and their clients. It can also be attributed to the historic failures of several public banks that are likely to be closed, restructured, or privatized,” explains Jacques Morisset, World Bank Lead Economist and author of the report.

This reluctance can also be explained by the fact that Ivorians prefer to place their savings or investments in systems that offer better returns. Currently, there is little incentive to open and manage a bank account for a number of reasons, notably costly transport to get to a bank, lost time standing in line, and expensive bank transaction fees. Moreover, possessing a bank account does not guarantee access to credit, as Ivorian banks prefer to deal with large businesses, purchase government securities, or build liquidity reserves.

“When I want to borrow money from the bank, I am asked to make a deposit equal to the collateral I need. If I had it, I wouldn’t need a bank,” scoffs Hassan Coulibaly Amara, a rice wholesaler based in Abidjan.

More and more, Ivorians are abandoning banks in favor of mobile phone companies. In 2014, more people had mobile money accounts (24%) than had bank accounts (15%). Indeed, the percentage of adults with a mobile money account in Côte d’Ivoire is the fifth highest in the world, after Kenya (58%), Somalia (37%), Uganda (35%), and Tanzania (32%). Fewer than five years after its arrival in Côte d’Ivoire, mobile money has become one of the population’s most frequently used means of conducting financial transactions. The Côte d’Ivoire Telecommunications Regulatory Authority (ARTCI) estimates that of the 24 million mobile phone subscribers in June 2015, 7.2 million have mobile money accounts. In the first six months of 2015, revenue from withdrawals, transfers, and bill payments totaled 17 billion West African francs, or about $28 million.

The World Bank report notes that while these mobile accounts facilitate payments and money transfers, they do not provide access to credit, one of the main functions of a financial system. The Ivorian authorities are therefore urged to take two steps to reverse the current trend and strengthen financial intermediation in Côte d’Ivoire.

The first step consists of encouraging banks, including microcredit institutions, to develop closer ties with their customers through innovations and partnerships, with the aim of reducing their transaction fees. The second step consists of promoting the creation of financial institutions other than commercial banks. For example, mobile phone companies could grant loans, as they do in Kenya, where the carrier Safaricom opened a credit department in 2013 in partnership with a bank (M-Shwari). Today, it has more than 10 million customers. The report also recommends authorizing microfinance institutions to issue bank debit and credit cards.

Strengthening the financial system is essential if Côte d’Ivoire wishes to continue on the path to emergence. By raising its financial development index to the level observed in Cabo Verde or Namibia, its economic growth could increase by 2.4%. If it equaled that of South Africa, its growth could expand by more than 5%.