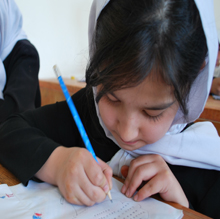 The World Bank In Afghanistan

GDP per capita in 2010-11 of Afghanistan, one of the world’s least developed countries

Afghanistan: Commitments by Fiscal Year (in millions of dollars)*

Find out what the Bank Group's branches are doing in Afghanistan.