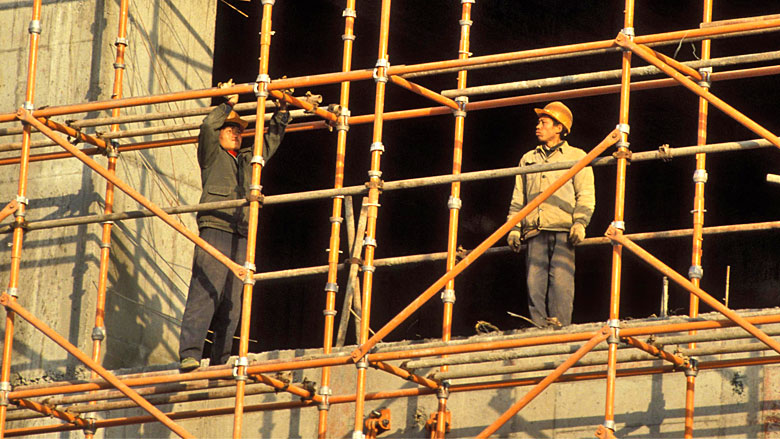 WASHINGTON, March 9, 2016—World trade recovered only partially from a steep slump in 2015, driven by a combination of long-term trends, falling commodity prices and volatility in emerging Asian economies, according to a new World Bank Group report.

These trade developments should be seen in the context of a deceleration in trade growth since the early 2000s, and particularly since the global financial crisis. They reflected a combination of old and new cyclical factors as well as enduring structural determinants, such as the maturation of global value chains and the slower pace of trade liberalization. The report, however, finds that cyclical factors dominated in 2015, accounting for approximately two-thirds of the trade slowdown.

“While weak import demand has been mostly concentrated in advanced economies in recent years, 2015 was different,” according to the report, Global Trade Watch: Trade Developments in 2015, written by Bank Group economists Cristina Constantinescu, Aaditya Mattoo, and Michele Ruta. “The trade downturn and (partial) rebound in 2015 can be traced back to emerging economies.”

Emerging economies in East Asia were the “epicenter” of the 2015 trade downturn and also of the rebound later in the year, according to the report. Other regions also played a role. In particular, trade developments in Latin America, Eastern Europe and Central Asia mostly reflected lower imports of recession hit commodity exporters such as Brazil and Russia.

The sharp decline in commodity prices and China’s diminished growth and a gradual shift away from industrial production and investment contributed to weak import demand in emerging economies.

Looking ahead, world trade growth is likely to remain sluggish on account of the persistent economic difficulties and structural factors. However, the long term impact of the decline in commodity prices and China's transition on global trade may be more benign.

A focus on China’s rebalancing

The fluctuations in global trade are occurring during a time of transition and rebalancing in China’s economy from industrial production and investment to services and consumption. If China’s imports had not fallen in 2015, world merchandise import volume growth would have been 2.1 percent instead of the actual 1.7 percent.

“Recent experience suggests that how rebalancing takes place is likely to affect how much global trade fluctuates in the transitional period,” according to the report. “The trade consequences of rebalancing are also likely to have positive aspects.”

The economic transition in China had an immediate impact on manufacturing in East Asia, which experienced a sharp contraction in regional trade in the first half of 2015 and is now beginning to rebound. China’s industrial sector is import-intensive and closely linked to East Asian value chains, which magnified the impact on the region.

In South Asia, the adverse effect was felt primarily by India, both in terms of exports to China and other countries in East Asia, and because of the unfavorable effect on its markets in Africa and the Middle East, which accounted for one-quarter of India’s exports in 2014.

Commodity exporters in Africa, the Middle East, Eastern Europe, Central Asia, and South America experienced a sharp decline in export values rather than export volumes. The glut in fuels was an important factor—though expectations of diminishing demand for commodities in China may also be playing a role. China accounts for 13 percent of world commodity imports and its share is as much as 40 percent for certain metals. The impact of the transition on different commodity exporters depends on their exposure to demand in China.

The beneficiaries over the longer term could include exporters of consumption goods –evidence of which is already emerging from current data- and, eventually, of upstream intermediate and capital goods used in their production. Rising wages in China may also encourage industrial production and exports from lower-cost developing economies.

The gradual rebalancing of the economy from investment to consumption is also shifting China’s demand from goods to services. Part of this demand is being met by cross-border imports and consumption abroad, and growth in these areas is already visible.  Services imports have grown from around 15 percent of all of China’s imports at the beginning of 2011 to close to 22 percent in the first half of 2015.  If services markets become more open, China’s increasing demand for services could spur further trade growth in the services sector.