The Budget Transparency Initiative (BTI) was implemented in two regions of Cameroon (North-West and Adamawa) and in three districts of Nepal (Kaski, Dolakha and Nawalparasi) to pilot an innovative approach to: (i) simplify, analyze, and disclose budgets at multiple levels (national, district, and health centers/school); and (ii) to build awareness and capacity of government officials at various levels and citizens to promote a public dialogue around public expenditures through social accountability approaches.

The BTI pilot introduced transparency in budget processes to reduce waste and corruption and to foster the demand for disclosure of financial information by actively engaging citizens and soliciting their feedback.  Further a global stock-take of budget transparency and monitoring initiatives was also conducted.

The global stock-take report attempts to compile and analyze information on budget transparency and monitoring (BT&M) initiatives in developed and developing countries across a range of sectors and at different levels of government that have adopted social accountability approaches.

The stock-taking exercise includes 174 BT&M initiatives. Of these, 95 initiatives from 53 countries have been documented as short case studies that cover context, actions, results, and implications. The remaining 79 are comprised of 33 initiatives currently under implementation and 46 World Bank-supported Development Policy Lending operations that contain BT&M elements. 63 of the 95 initiatives were led by civil society groups, and for the most part, funded by development partners; the remaining 32 were mainly government initiated, with 26 initiatives supported by the World Bank and one by the Asian Development Bank.

This stock-take reveals that while an increasing number of civil society budget groups are undertaking both upstream and downstream budget work, there is further scope for involvement of non-state actors such as the media and the private sector and state actors such as national audit institutions. Encompassing a wide range of activities, BT&M initiatives tend to be prevalent in sectors such as health and education and are now being utilized in other areas including agriculture, fishing, and forestry and mining. BT&M activities are also spread across multiple levels of government, though it appears that a far lesser number of BT&M initiatives have been documented at the provincial level as compared to the national and local levels.

In Nepal, the BTI pilot supported a range of activities to complement efforts by the Government of Nepal in order to enhance budget transparency and literacy. Led by a national NGO, a Budget Literacy Handbook was developed and two budget literacy workshops were conducted for Constituent Assembly members at the national level. Budget allocations to the three pilot districts have been disclosed, simplified, and disseminated with District-Level Budgetary Booklets.

Over 2,000 copies of these handbooks and booklets were distributed to key stakeholders (e.g., Constituent Assembly members, Village Development Councils, District Development Councils, and civil society organizations). Further, the BTI conducted a social audit gap analysis in 60 schools in the three pilot districts to understand the gaps in implementation of Social Audits in schools against the Government of Nepal’s Social Audit Guidelines. 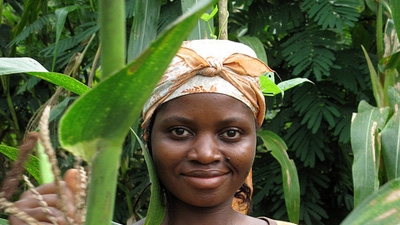