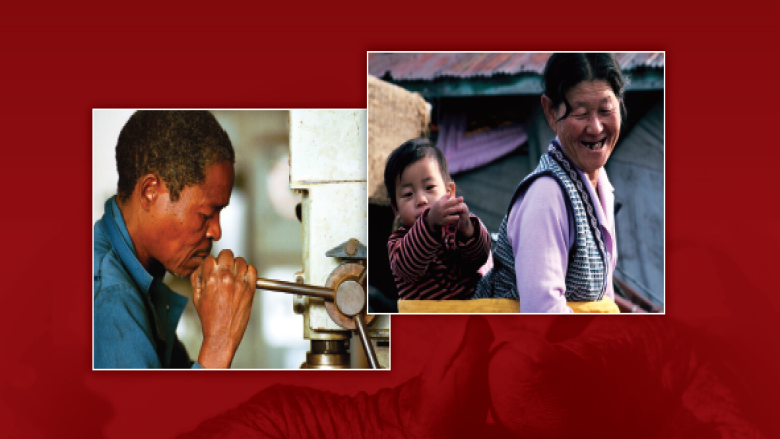 The aim of this anthology is to provide new contributions to the collective knowledge of the issues and challenges of designing mandated and earnings-related universal public pension schemes (UPPS), in which a universal public nonfinancial defined contribution (NDC) scheme is one of four design options.

In 1994, Nonfinancial Defined Contribution (NDC) Pension Schemes left the crib and was taking its first steps in Sweden, Italy, and Latvia. A couple of years later a fourth sibling was born in Poland, with Norway eventually following in 2009. NDCs were born at a time when the academic and policy discourse was framed in terms of “public pay-as-you-go” versus “private funded,” and all pay-as-you-go schemes were classified under what are now called universal public nonfinancial defined benefit (NDB) schemes.

At the time, mandated and earnings-related financial defined contribution (FDC) and financial defined benefit (FDB) schemes (that is, the so-called funded schemes) were also moving into the sphere of UPPS, with Chile’s 1980–81 reform usually recognized as the first UPPS of this kind. Despite this, in the public pay-as-you-go domain, policy makers worked solely on NDB schemes until NDCs emerged in the mid-1990s.

In the world of NDB public pension schemes, the focus is on defining the conditions to be met for receiving a certain benefit. Obviously, the possible macroeconomic outcomes for a specified set of assumptions for the future development of important economic and demographic parameters of all public pension schemes are regularly evaluated. However, not until the arrival of NDCs was attention paid to the role of systematic design in creating long-term financial resilience.

Neither was the mission of the public pension scheme crystal clear. In the public rhetoric and minds of people, public social security was a tax transfer system. In fact, an NDC is a working-life savings scheme with the sole purpose of providing universal longevity insurance to the whole population. All working-age individuals pay the same percentage of their earnings into an individual account that earns an economic rate of return. At a chosen age of retirement, the balance on the individual account is transformed into a life annuity, determined by the average life expectancy of the individual’s birth cohort at the individual’s chosen age of retirement. The paradigm change is that this is an insurance scheme for all, based on nothing other than the principles of insurance for accumulation, annuity determination, and benefit disbursement.

NDCs’ unique feature is a built-in design that achieves affordability, financial sustainability, and intergenerational fairness. NDCs achieve these goals through a combination of indexation based on the rate of growth of the contribution wage base—driven by the growth of the average wage and changes in the formal labor force—and the use of life expectancy in computing the benefit. The long-term dynamics of the system are thus determined by (a) the rate of growth of productivity (the wage rate) in the economy, and (b) the factors affecting the growth of the working-age population (fertility rates and net emigration) and individual labor supply decisions.

With individual accounts come transparent information on the interaction of individuals’ decisions to work and pay contributions and their own roles in determining their future pension outcomes. Through transparent information, individual accounts promote both micro- and macroeconomic efficiency (that is, they provide an incentive at the margin to supply more formal labor), and by enhancing longer working careers aggregate gross domestic product (GDP) becomes higher. The accounts also communicate the message of fairness—a unit of money paid into the scheme gives the same pension rights to all participants. This design also explicitly separates the functions of a country’s tax transfer system from its universal longevity insurance. The tax transfer mechanism becomes a separate policy issue, which by design can provide tax-financed add-ons to accounts, for example, for years in conjunction with childbirth, time devoted to tertiary education, or registered unemployment with compensation.

What ties the package together is the use of life expectancy in creating the benefit, and indexation of the minimum age at which a benefit can be claimed. At the micro level these two factors communicate the importance of postponing retirement with increasing life expectancy. At the macro level the adjustment of benefits to life expectancy under the NDC design promotes financial equilibrium, affordability, and long-run sustainability of a universal pension scheme with a fixed contribution rate. Individual accounts also provide the building blocks of an intertemporal financial budget constraint. And importantly, the ratio of system liabilities to assets creates a solvency ratio.

The counterfactual when NDCs entered onto the stage was a defined benefit (DB) promise with a multiplicity of possible designs. What DB schemes had in common in the mid-1990s and still have in common is the absence of a design that leads to an affordable universal public longevity insurance program with the same conditions for all—and with a transparent message emphasizing the importance of individuals’ own roles in working and contributing to their own future pensions. In DB schemes, liabilities are typically brought in line with assets by applying politically painful ad hoc parametric adjustments—changing (breaking) the conditions of the DB promise. The most dramatic example during the last decade is the International Monetary Fund/European Union (EU) intervention in Greece to save the country from total economic collapse, in which adjustment of an overly generous and unaffordable pension scheme was first on the list of things to do. More recently, various countries have legislated crude balancing mechanisms for NDB schemes that all remain untested.

Against the background of these potential qualities of an NDC design, one would expect to find the emergence of a large number of systemic NDC reforms to countries’ pension schemes, especially in Europe. Instead, the most recent Organisation for Economic Co-operation and Development (OECD) Pensions at a Glance (OECD 2018) and European Commission’s Ageing Reports (European Commission 2018) document no new NDC reforms since the Norwegian reform in 2009, but instead a growing number of ad hoc parametric changes. For the editors of this and two previous anthologies, and as proponents of NDCs, this is a disquieting finding.

Many considerations may be behind the reaffirmed preference of policy makers for incremental parametric NDB reforms compared with systemic NDC reform in Europe and, generally, across the world. The following are the most important ones: