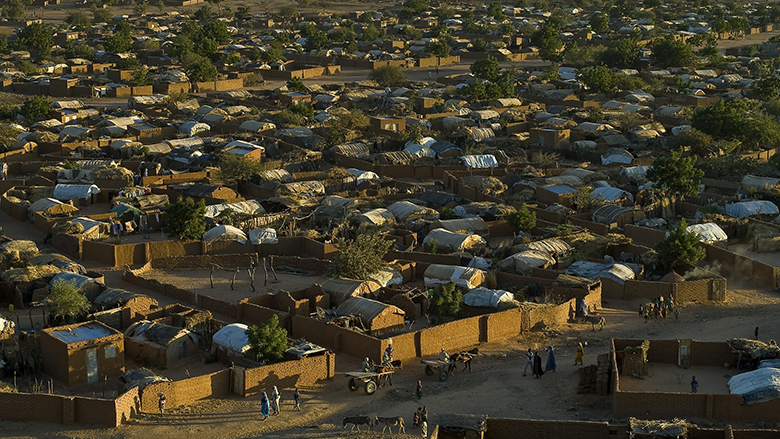 WASHINGTON, May 9, 2017 – Of the more than 65 million people worldwide who had been forced from their homes due to conflict and generalized violence, women, youth and children accounted for at least two-thirds of the displaced population, according to a recent World Bank analysis of data on forced displacement.

The analysis, Stocktaking of Global Forced Displacement Data – supported by the German Federal Ministry for Economic Cooperation and Development and conducted in coordination with the German Institute for International and Security Affairs – provides a review of the various sources of data on refugees and internally displaced persons (IDPs) fleeing conflict and violence, and assesses how these can be improved to more accurately inform development policy and programming. The study also focuses on the need to appropriately tailor development responses to fragile, conflict-affected and violent situations, as well as the underlying drivers of conflict.

“Using data to establish an accurate picture of the scale and dynamics of forced displacement is extremely challenging, but we are working with partners to identify and address gaps and deficiencies,” said Xavier Devictor, Advisor, Fragility, Conflict and Violence Group, who manages the global forced displacement program.  “This analysis is part of a broader effort to improve data overall on forced displacement for longer-term development planning.”

Led by the United Nations High Commissioner on Refugees (UNHCR) and Statistics Norway, national statistics agencies are working together to improve forced displacement statistics, a process that began at the 46th session of the UN Statistical Commission in March 2015. The current initiative focuses on refugees, asylum-seekers and IDPs. The World Bank is supporting this process.

According to the study, as of the end of 2015, there were 40.8 million internally displaced persons (IDPs), 16.1 million refugees, and 3.2 million asylum-seekers under the mandate of UNHCR, and 5.2 million Palestinian refugees under the United Nations Relief and Works Agency for Palestine Refugees in the Near East (UNRWA), the highest total on record since global forced displacement data started being collected in the early 1990s.

A review of available UNHCR data show there has been an unprecedented increase in the numbers of displaced people globally over the last decade, which can mostly be explained by a few historical conflicts:

By the end of 2015, while almost all countries in the world were hosting refugees, the burden was unevenly shared, the report notes. Turkey, Lebanon, and Jordan accounted for 27% of total refugees, while Pakistan and the Islamic Republic of Iran accounted for 16%. Ethiopia, Kenya and Uganda accounted for 11% of the world’s refugees. The report also notes that the majority of displaced people are hosted by developing countries, with almost 60% of IDPs and 30% of refugees in fragile and conflict-affected situations – underscoring a significant imbalance in the burden of hosting refugees.

The report notes that significant efforts are needed to improve the reliability, comparability, quality and scope of global data on forced displacement, and to address the data gaps needed for development planning. Some of the gaps can be addressed by mainstreaming household surveys using international survey instruments, the report says, and more innovative tools and technologies for data collection, analysis and compilation should be explored and leveraged.

Among others, additional report recommendations include: