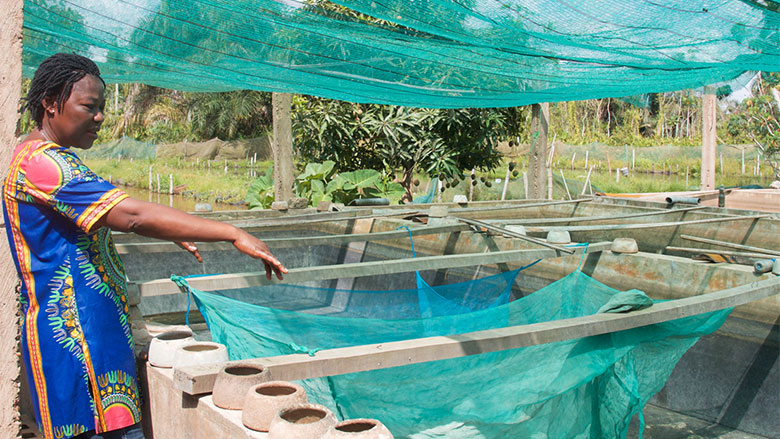 Benin is a low-income country that experienced serious challenges in developing its agricultural sector, which employs almost half of the labor force. Growth was particularly modest in agriculture. The rural economy has been dominated by low-productivity agriculture where steady output growth has been accompanied by a deforestation rate of over twice that of the average Sub-Saharan region.

While it offers the country the potential for sustainable growth and employment, agriculture in Benin is still highly dependent on rainfall and an important commodity-cotton-whose productivity has remained modest over time. Past agricultural performance has not been enough to induce significant poverty reduction. Agricultural production systems were based on increasing cultivated areas and family labor, with limited use of improved inputs, production methods and agricultural equipment.

The World Bank deployed a range of instruments to assist Benin’s government in achieving its goal of transforming agriculture, including investment operations, knowledge products and development policy financing. The purpose was to move from low productivity and largely subsistence-based activities to more productive and high value production that contributes to increased farm income and job opportunities for a rapidly growing labor force. Through capacity building and matching grants, the projects have improved the availability and access to productivity-enhancing technology.

These instruments have also been used to promote agricultural processing, through improved skills and access to better processing equipment. To promote export diversification, the projects put an emphasis on the adoption of improved production methods, better knowledge of export markets, compliance to quality standards, and adequate packaging. In these interventions, gender and women empowerment have received particular attention.

This approach is reflected in the Country Partnership Framework (CPF 2018-2023). The ongoing CPF takes as its point of departure the Systematic Country Diagnostic for Benin (SCD) that prioritizes development of Benin’s vast agricultural potential as the primary path to better employment of its natural resources while simultaneously creating higher productivity jobs.

The World Bank Group’s strategy for Benin is governed by the Country Partnership Framework (CPF) which covers the period Fiscal Year 2019-Fiscal Year 2023. his CPF was endorsed by the Board on July 5th, 2018. The indicated IDA 18 allocation for Benin is about $485 million which is already committed for FY18 & FY19 lending. The entire IDA 19 allocation will be devoted to the second half of CPF implementation. Benin has also thus far benefitted from Scale-Up Facility (SUF) S$330million, and trust funds totaling $31.23 million.

The CPF seeks to help Benin overcome impediments to achieving the twin goals. The proposed operations are structured around the following focus areas: (i) structural transformation for competitiveness and productivity; (ii) investing in human capital; and (iii) increasing resilience and reducing climate-related vulnerability.

The program will be focused on achieving high impact outcomes while leveraging scarce resources; the IDA allocation will be selectively targeted and leveraged by drawing upon cross-group synergies, by making best use of the full array of IDA18, IDA19 and Africa Region special initiatives, maximizing finance for development (MFD), and partnering with other international development agencies in ways that best employ the comparative advantages of each.

Cyprienne Dossou, chairwoman of Agouagon Women’s Cooperative of parboiled rice: "Rice parboiling has allowed us to substantially improve our incomes" 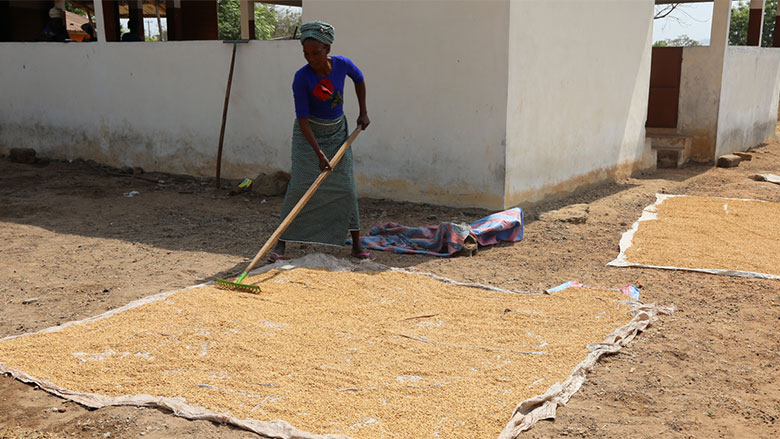 Cyprienne Dossou lives in the village of Agouagon, in the Glazoué municipality. She is chairwoman of the Agouagon women’s cooperative of parboiled rice, named Tinkpon-Alissogbé, which received support from the Agricultural Productivity and Diversification Project. "The project trained us in rice parboiling techniques, which allowed us to increase our processing capacity and improve our incomes,” she said. 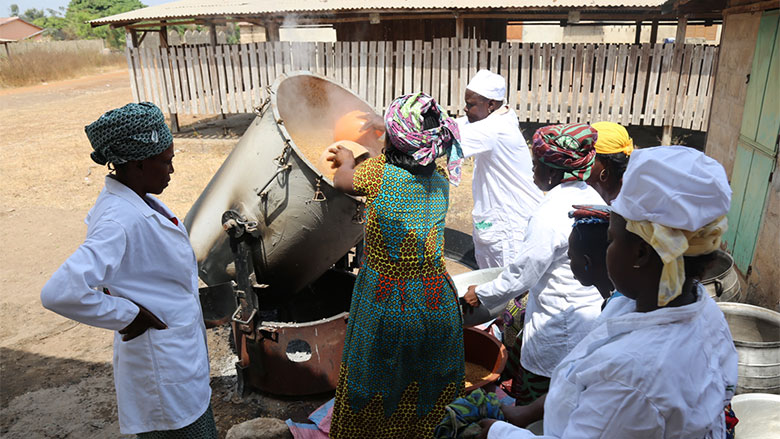 The project helped the cooperative to build a small processing unit consisting of a drying area, a sorting board, offices for meetings. The processing unit is equipped with a traditional oven and utensils for rice parboiling.  "We are a 17-member group, [who] [have] been parboiling rice for five years. Thanks to our income, our cooperative purchased a two-hectare plot of land for rice production, in addition to our own farms, and our cash flow now allows us to buy additional paddy rice from other producers to increase demand for parboiled rice", she added.

The Johan Estève farm owned by Eugénie Faïzoun in Zinvié, Zè municipality, is one of the success stories of the Agricultural Productivity and Diversification Project. After obtaining a matching grant of CFAF 14.6 million to set up a fingerlings production unit, this fish farmer improved her equipment, increasing the production of tilapia fingerlings from 75,000 to 128,600 heads and clariac fingerlings from 50,000 to 75,000 heads. 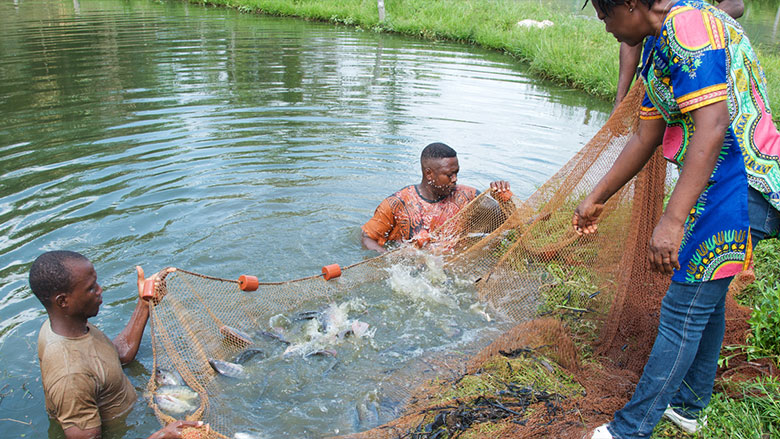 "This support was used to build five5 fish pounds for the production of tilapia and clariac fingerlings, the purchase of a large capacity generator, the drilling of a well and the purchase of high performing breeds. This investment boosted my farm's sales and I reinvested the profit to increase my market fish production," she said.