Sri Lanka: Protecting Colombo from Flooding While Enhancing its Livability and Competitiveness

The Metro Colombo Urban Development Project is investing in Colombo’s public spaces, wetlands, and infrastructure to improve its flood resilience, quality of life, and competitiveness. When completed, 232,000 residents will have greater protection from flooding and the entire city of over 6 million people will benefit from an improved quality of life.

World Bank Group
Flooding in Colombo has been occurring with worrying frequency. It destroys livelihoods and infrastructure, essentially bringing the city to a stand-still each year . As the city expands in size, population, and aspirations, it must address its vulnerability to flooding to realize a high quality of life for its residents. The Metro Colombo Urban Development Project is helping reduce the risk and impacts of flooding while making the city more livable and competitive through investments in public spaces, wetlands, and infrastructure. Once completed, 232,000 residents will have greater direct protection from flooding and the entire city will benefit from the project’s quality of life investments.

While urbanization has brought a high rate of growth and development to Sri Lanka’s cities, almost 50% of the poorest 40% of the country’s population live within 30kms of urban areas. As a result, Colombo, the largest city, is also home to the greatest number of poor and vulnerable people. Though Sri Lanka is taking important steps to implement its urban vision, significant challenges to urban development are emerging. These include inadequate infrastructure and services; significant vulnerability to flooding, the impacts of which are being exacerbated by climate change; and outdated and poorly maintained drainage systems. 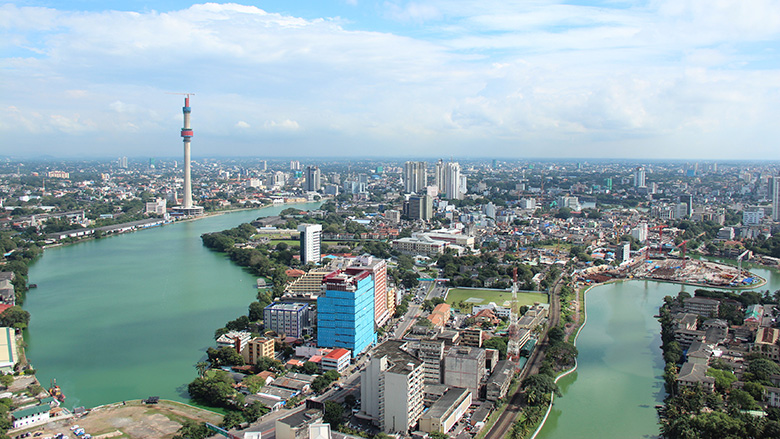 The Government of Sri Lanka has launched an ambitious program of economic and physical regeneration for Metropolitan Colombo to transform it into a modern, world-class capital. To reflect this post-conflict development strategy and the priorities of the government, the World Bask has focused on urban engagement.

Since 2013, the Metro Colombo Project has been working with the government in designing, and implementing, systems that are aimed at reducing flooding in the catchment of the Colombo Water Basin and strengthening the capacity of local authorities to rehabilitate, improve and maintain infrastructure and services through large-scale investments. The project includes a component on flood and drainage management which involves complex, integrated works such as tunnels and pumping stations. This is complemented with the rehabilitation and management of street and drainage infrastructure including canals and flood gates. Local public facilities and other urban services have also been improved. A concerted effort has been made to coordinate the infrastructure improvements with improved access and livability interventions, providing a higher quality of life through increased public space for the residents, such as protecting wetlands coupled with providing access and education, enhancing pedestrian walkways, and rehabilitating parks. In addition, urban authorities are improving their experience and financial resources in delivering integrated large scale city-wide infrastructure projects.

" I am very happy because they put drains on both sides of the road, which has helped the water flow. Earlier, the water flooded the middle of the road when it was raining. Now it drains and goes down. " 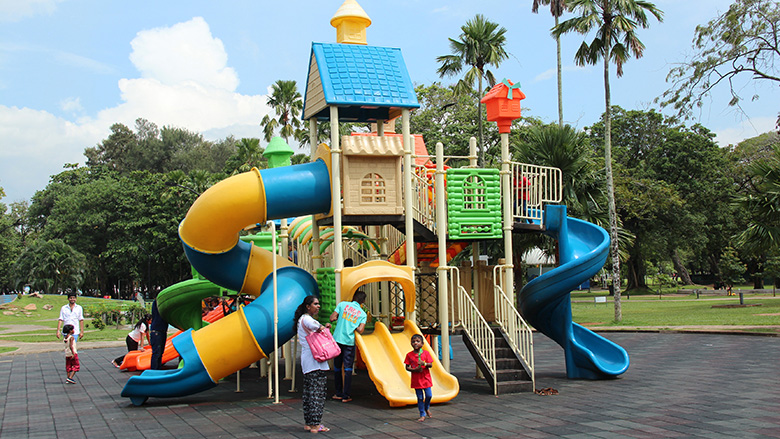 A concerted effort has been made to coordinate the infrastructure improvements with improved access and livability such as this playground for families to enjoy.

Since its approval in 2013, the project has:

" There is now a path and it is really good. There are nice trees, jogging, and cycling paths. Even at night, people can do their exercises.  " 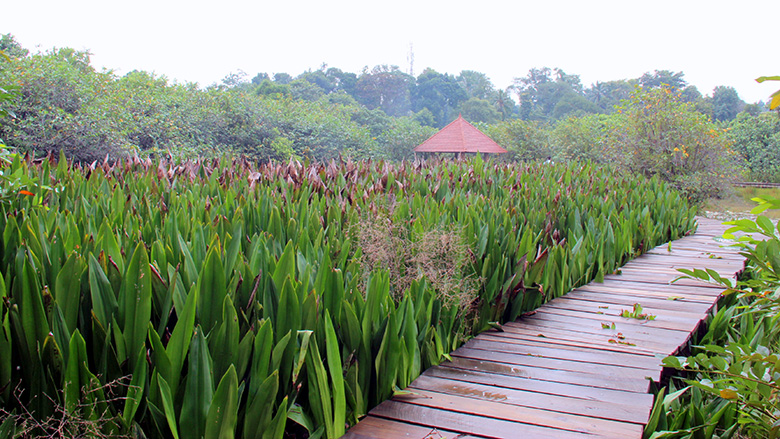 The revitalization of public parks, spaces and wetlands will continue to enhance livability and walkability as well conserving a natural environment for the public to enjoy and learn about. The Beddagana wetland has been turned into a park and will aid in flood control and temperature moderation for Colombo.

The Government of Sri Lanka has launched an ambitious program of economic and physical regeneration for Metropolitan Colombo to transform it into a modern, world-class capital. To reflect this post-conflict development strategy and the priorities of the government, the World Bask has focused on urban engagement. The project is the first World Bank-supported urban development in Colombo with $213 million in support and the government contributing $100 million. The Bank has also mobilized a grant with the Global Facility for Disaster Reduction and Recovery (GFDRR) and Policy and Human Resources Development Fund (PHRD) to conduct further studies on flood mitigation and Colombo’s urban wetlands. Technical financing has informed robust decision making such as in providing the rationale to conserve the city’s wetlands.

The project is being implemented by the Project Management Unit within the recently created Ministry of Megapolis and Western Development. It reports to a steering committee composed of partners across a number of key agencies: the Sri Lanka Land Reclamation and Development Corporation, the Urban Development Authority, the Ministry of Local Government and Provincial Councils, the National Water Supply and Drainage Board, the Ministry of Irrigation, Colombo Municipal Council, and other Local Authorities. MCUDP is being implemented in close consultation and collaboration with a number of other projects that have been initiated through various government agencies and the Colombo Municipal Council as part of the government’s urban development activities.

Four years into implementation, the project has already delivered important outcomes. The project has supported analytical work of the economic value of wetlands and increased awareness of the importance of wetlands conservation.  The creation of public parks and spaces capitalizing on public spaces and wetlands has also enhanced livability and walkability. Understanding the importance of wetlands conservation will increase the Government’s ability to use these assets by drawing upon flood control and temperature moderation. In addition, the project supports asset maintenance strategy as part of the project’s technical assistance, to help the local authorities better maintain and operate infrastructure supported by the project.  Through the implementation of the drainage components and major flood reduction infrastructure, the staff of the participating agencies will develop skills and capacities to complement the Colombo Metropolitan Region’s development requirements.

232,000
Colombo residents will have greater protection from flooding.