Drawing on recommendations in the “Healthy China” report, the World Bank is supporting comprehensive national health reforms aimed at public hospital reform, fostering integrated healthcare, improving care quality and strengthening policy, governance and institutional systems through a US $600 million IBRD health sector reform Program-for-Results (PforR) – the first-ever in human development and the largest non-emergency loan in China. The program aims to transform health service delivery for over 100 million residents in Anhui and Fujian provinces and to provide lessons for China and beyond.

in the last few decades China has made remarkable progress in increasing life-expectancy, reducing maternal and child mortality, and expanding health insurance, in part due to major health reforms initiated in 2009. But during this time China has also seen rapid socioeconomic development, and has been faced with systemic challenges, including a quickly aging population; an increasing burden of non-communicable diseases; a hospital-centric, fragmented and volume-driven health system; and inadequate emphasis on healthcare quality. In response, China’s government has embarked on deepening its ongoing health reforms under the 13th Five-Year Plan, which outlines the country’s goals and targets for its development through to 2020. In formulating its vision of national health reform, China’s government sought support from the World Bank Group (WBG) for a health sector study to help tackle these challenges based on Chinese and international best practice. The results of that study were published in the 2016 report “Healthy China.”

The WBG released the report “Healthy China” in 2016, with recommendations for cost-effective, quality healthcare reforms in China. The flagship health sector study was undertaken jointly with the World Health Organization (WHO) and three Ministries of the Chinese Government.

Under the overall leadership of China’s Finance Minister and the Managing Director of the WBG, a Technical Working Group was formed at the beginning of the study. The working group, consisting of technical leads from each of the government agencies and the WBG and WHO, led technical communications, provided comments, and facilitated research data from different government departments. The study also benefited from 20 background studies, visits to 21 Chinese provinces, over 30 innovative domestic and international case studies led by international experts on various themes, six technical workshops, and several consultative roundtables with partners, academics and researchers, with active participation from the central and selected provincial governments.

This program’s two innovations included: (1) a combination of top-level design, as demonstrated by the personal involvement of the top leadership of China and the WBG, with grassroots practice; and (2) the program-for-result mechanism, which turns major reform tasks into quantitative targets that are linked with disbursement of the World Bank loan, with independent supervision and evaluation by the third party to ensure implementation

The flagship study found that to achieve cost-effective quality healthcare that can meet the growing health needs of the population and further control spending increases, China must move to a primary-care centered integrated model with provider-payment reforms designed to align incentives with the desired results. The study estimated that if China continues with “business as usual” it would result in a growth of total health expenditures from 5.6 percent of GDP in 2015 to 9.1 percent in 2035, an average annual increase of 8.4 percent. With the reforms, China could achieve significant annual savings – equivalent to 3 percent of GDP.

The study recommendations were a valuable input into a new round of national reforms proposed China as part of its 13th Five Year Plan. In support of these reforms, and leveraging international best practice, the WBG began implementing a US $600 million IBRD health reform Program-for-Results (PforR) in May 2017, the first-ever in human development and the largest non-emergency loan in China. The PforR aims to improve the quality of healthcare services and the efficiency of the healthcare systems in Anhui and Fujian provinces through public hospital reform, a people-centered integrated healthcare system, and strengthened cross-cutting systems.

By focusing on measurable efficiency and quality improvements, the PforR is expected to translate into better health outcomes and improved quality of life, reduced out-of-pocket expenditures, and enhanced patient satisfaction. The program aims to transform health service delivery for the over 100 million residents in Anhui and Fujian.

The study was financed by IBRD, with contributions from International Finance Corporation (IFC) and the Bill and Melinda Gates Foundation via the Results for Development trust fund.

Under the overall leadership of the Chinese Finance Minister and the WBG Managing Director, the study was conducted by a joint team from the five participating organizations. The WBG team included sector specialists and consultants from IBRD and IFC, who were ably supported by peer reviewers and communications specialists. Continuous oversight was provided by the leadership of the Health, Nutrition and Population Global Practice and WBG’s China Country Management Unit. 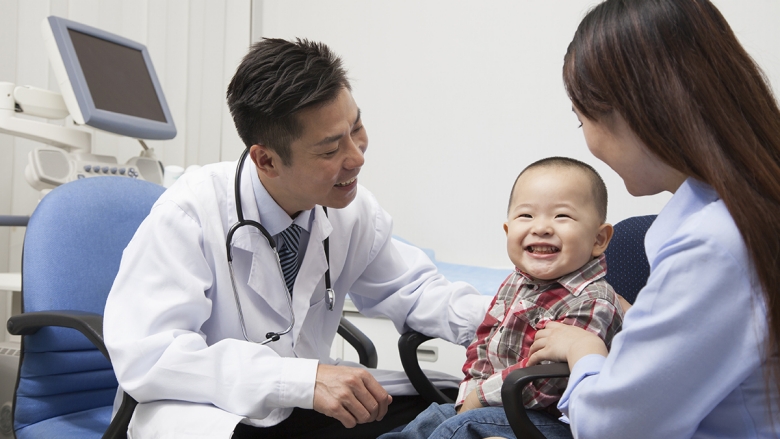 The study was a joint product of the Government of China, the World Health Organization and the World Bank Group, which included IBRD and IFC.

In addition to informing national policy and providing global lessons, the China Health Reform PforR is a further direct outcome of China’s acceptance of the “Healthy China” recommendations. The program, to be implemented from 2017 to 2021, supports the health reform agenda that is central to China’s 13th Five-Year Plan (2016-2020). The PforR instrument promotes a focus on results, while addressing existing social, financial and institutional barriers to effective health service delivery, and promoting national healthcare reform. If the PforR is implemented well, China can leapfrog other countries in its pursuit of universal health coverage, improving health outcomes for its population, and moving millions of people from poverty to prosperity.

Furthermore, learning is integral to the PforR. The program supports the establishment of a three-level knowledge generation and learning framework: at the provincial level to continuously learn from reform implementation; at the national level to share and mainstream nationally the experience of the two provinces; and at the international level for China to learn from and share with other countries the lessons learned. As such, it is anticipated that the rest of China and the world will benefit significantly from the PforR.

Anhui and Fujian provinces are the direct recipients of the health benefits of the PforR, which builds on the “Healthy China” study. The PforR is also expected to have positive effects on poverty, since health insurance coverage is still shallow and high health expenditures constitute an important cause of poverty. Also, the PforR reforms aim to improve rural primary health services, which are disproportionally used by the poor. Ultimately, the PforR’s impact is expected to extend beyond the two provinces, and provide health reform lessons for all of China, as well as countries around the world facing similar sectoral challenges.

Wang Jianjun, Director-General from the National Development and Reform Commission in charge of the use of foreign capital, reviewed the history of cooperation between China and the WBG. “In the last three decades, the World Bank has provided nearly US $2 billion to China in support of 14 projects in the health sector. These projects brought new ideas, improved management and made positive contribution to the development of medical and health services in China."