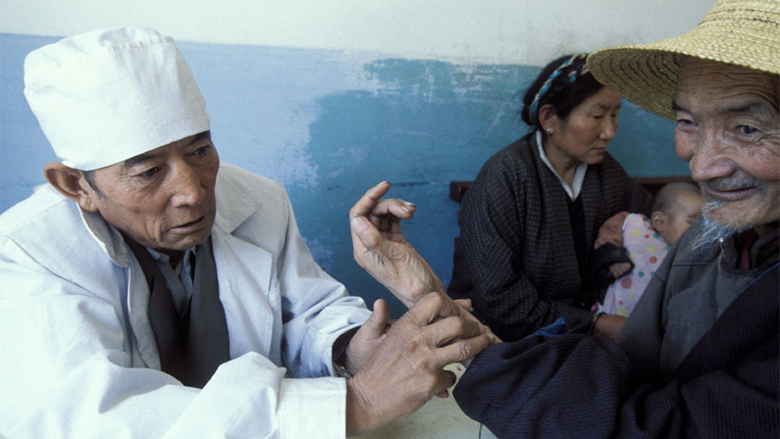 Chen Guangming used to struggle to get health care. Visiting a doctor meant an arduous trip from Doushita village to a crowded city hospital in Chongqing in southern China. Approaching age 70, her high blood pressure required monitoring and follow-up care, which was impossible to maintain and afford.

Now, the doctors come to her. Under government reforms to increase the access to affordable health care for China’s rural poor, a team of doctors regularly ride bicycles for an hour and then hike another 20 minutes to her home to provide the care she needs.

“Thanks to them, my condition has stabilized and I haven’t needed hospitalization,” she said. “I feel healthy now.”

The program called “Sunshine on the Road,” part of a rural health project supported by the World Bank, is just one of many examples of how the Chinese government seeks to address shortcomings in a healthcare system that is facing new challenges created by the country’s galloping growth in recent decades. And as an aging population requires more care, a healthcare system dependent on expensive hospital visits instead of more locally available services is becoming too expensive.

To address that challenge, the Chinese government has worked with the World Bank Group and the World Health Organization on a comprehensive study examining options for health-sector reform.

The study, Deepening Health Reform in China, will be launched Friday in Beijing with President Kim and officials from the Ministry of Finance, the National Health and Family Planning Commission, the Ministry of Human Resources and Social Protection of China and WHO. It is expected to contribute to the government’s 13th Five-Year development plan.

In advance of the launch Dr. Kim is traveling to rural health clinics and hospitals in China’s Fujian and Anhui provinces — two of China’s national health reform pilot provinces — to see firsthand reform successes and struggles on the ground and learn about pilot programs that can be scaled up to the national level.

Today Dr. Kim visited Sanming municipality, designated a model for public hospital reform by the Chinese government, as well as a local clinic in Qichi village in Fujian’s Xicheng township to see innovative solutions to health service delivery in rural China. In Youxi County, he visited a general hospital that has implemented hospital and drug procurement reforms.

Tomorrow he will go to Tianchang County in Anhui Province to see the Integrated Health Service Delivery Network that links the county, township, and village levels of health care in rural areas through computer technology. 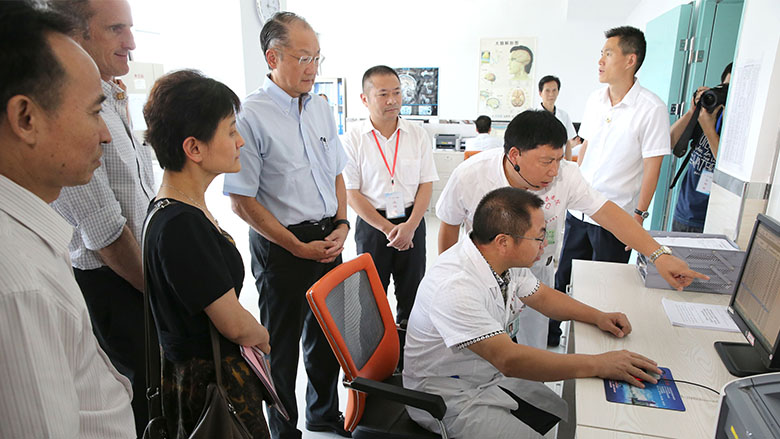