In Nepal, an Initiative to Improve the Investment Climate is Building Confidence Among Local Businesses 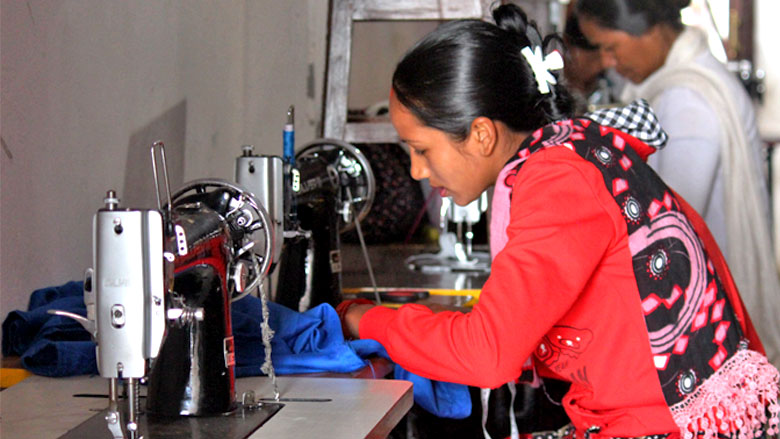 WASHINGTON, May 17, 2017—Improving the investment climate and reducing the cost of doing business is fundamental for growth in every developing economy – and those priorities are especially important in fragile states where institutions suffer from low public trust and chronic inefficiencies.

In Nepal, a recent World Bank Group investment climate reform initiative helped the country achieve a number of reforms to its investment climate, ultimately making it easier for businesses to open, operate and engage with the government.

The initiative – led by the World Bank Group’s Trade & Competitiveness (T&C) Global Practice – helped reduce the time and cost of starting a business and obtaining construction permits; helped make government-to-business services faster and seamless; and empowered natural-disaster resilience by moving critical information into “the cloud”. This move ensures that key data would be saved in the event of a future disaster and that post-disaster reconstruction and the restoration of business activities would take place.

While the project encountered some difficulties along the way, due to the fragile context of the country, it succeeded in delivering a reform platform aligned with the country’s needs.

Reforms in the Face of Disaster

A mountainous, landlocked country between India and China, Nepal had long endured sluggish economic growth even before a violent earthquake in April 2015 killed 9,000 people, injured 22,000, displaced millions and halted business operations in the country.

The scale of the humanitarian tragedy and the urgent task of post-disaster recovery might have delayed or distracted the Nepalese government from pursuing a long-term economic reform project. Yet the government maintained its focus on the initiative, which had begun in partnership with the International Finance Cooperation (IFC) arm of T&C and the Ministry of Industry in 2010. Recognizing the reform program as an opportunity to improve the country’s economy, the government in Kathmandu intensified its reform effort.

“The project owes its success, largely, to the unwavering support from the government, that remained committed to the project, even while focusing on urgent reconstruction and rehabilitation efforts,” said Mohammad Rehan Rashid, Resident Representative for the IFC in Nepal. “This support and strong partnership has moved the project ahead steadily, making it easier to do business here in Nepal.”

The reform project – streamlining some of the processes that are examined and evaluated by the World Bank Group’s Doing Business reports – has achieved some successes in making business regulation faster and easier; speeding the construction permitting process; and innovating with information and communications technologies (ICT) to improve online processes and ease information flows. Data can now move more easily and at a lower cost across the full range of communications pathways: government-to-business (G2B), government-to-government (G2G), business-to-government (B2G), business-to-business (B2B).

IFC’s interventions have made progress in automating online processes: By deploying a system that allows digital signatures and digital certificates, and by investing in a cloud-based information system, the program has modernized various areas where information-sharing is critical to licensing and legal documentation. The result has been an automation drive across the entire range of B2G and B2B operations, which has led to an improvement in the business climate.

“The results of process transformation and automation initiatives are there for all to see,” according to one manager at Huawei Technologies Nepal Company Pvt. Ltd. “I’m really delighted to note that the administrative burden has been significantly reduced allowing us to dedicate our focus more on issues critical to our business.”

" The project owes its success, largely, to the unwavering support from the Government, that remained committed to the project, even while focusing on urgent reconstruction and rehabilitation efforts. " 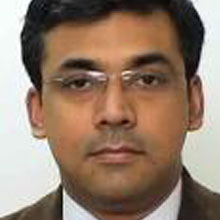 The reform initiative designed and implemented a new online business-registration system at the Office of Company Registration (OCR) – an office that works in very close cooperation with the Ministry of Finance – leading to a 45 percent reduction in the amount of time it takes to register a company in Nepal. That streamlined process has led to private-sector savings estimated at more than $5 million, and helped stimulate a 24.8 percent increase in the number of new companies being registered. OCR automation has been a notable milestone in the public-service landscape, helping inspire government-wide improvements in workflow re-engineering and process efficiency.

Processes at six government agencies were also simplified, resulting in the faster approval of construction permits. The time needed to issue such permits has been reduced from 240 days, before the reform effort, to the present average of 41 days. This improvement helped inspire the United Nations Development Programme (UNDP) to support the development of an automated “eBuilding Permit System.” Underscoring the buy-in among stakeholders for promoting such efficiencies, the Kathmandu Metropolitan City has now made the online submission of construction permits mandatory.

“The IFC-supported re-engineering and automation initiatives have indeed been an important achievement in our efforts to significantly improve our foreign investment approval and industry registration process, resulting in a conducive investment climate in Nepal,” said Er. Khagendra Bahadur Basnet, Director of Nepal’s Foreign Investment & Technology Transfer within the Department of Industry. “We are keen to partner further with the World Bank and IFC to consolidate the gains achieved and explore the prospects for further deepening our engagement to support our investment and growth reform agenda.”

Improving the regulatory environment in the critical Hydropower Sector

Nepal may have severe natural constraints on some resources, but one of its most promising industries is hydropower, thanks to its mountainous terrain and its network of rivers. The reform project worked with the Investment Board of Nepal, providing recommendations that addressed critical constraints that once discouraged small-scale investors from channeling capital toward hydropower projects. Three reform recommendations, so far, have been endorsed by the national government, increasing the likelihood that additional capital may be devoted to investments in hydropower.

To promote an enabling environment for interoperability and data-sharing within the government – as well as in B2G and B2B information-sharing – the reform project also supported the development of a government information infrastructure in which data is stored, not on hard drives or networks, but “in the cloud.”

This easier and lower-cost method of storing, retrieving and sharing data is expected to result in a 25 percent reduction in the average cost and amount of time needed for businesses to comply with government regulation. The cloud platform, while primarily intended to facilitate data-sharing among government agencies, is expected to have a positive impact on the government’s efficiency in delivering services to the private sector – such as processes for paying taxes; registering a business; and gaining a wide array of government-issued approvals, licenses and permits.

An additional benefit of moving to cloud-based technology is its creation of a foundation that could significantly reduce barriers to automation at other government agencies. Exceeding the scale originally envisioned by the project team, about a dozen additional government agencies have chosen to use this cloud-based platform – and more agencies intend to do so, which would further reduce the time and cost of delivering public services.

“Thanks to the cloud, government agencies like the Department of Industry and Department of Tourism are spared from the hassles of maintaining a whole range of IT administration functions in-house with all its attendant challenges,” said Birendra Kumar Mishra, Director General in Nepal’s Department of Information Technology.  “This has significantly lowered the barriers to government automation as agencies can now focus more on business aspects of their service delivery rather than be bogged down by having to worry about managing technology.”

The ability to digitally affix signatures and authorizations onto electronic documents is vital for the online delivery of G2B, G2G and B2G services – and it is critical to ensuring the security of transactions in the banking sector. Operationalizing this capability in Nepal is expected to result in an estimated savings of $6 million in compliance costs. Moreover, it will help build much-needed public trust in G2B service delivery, as well as public confidence in the government’s ability to provide services with efficiency and security.

“Maximizing the use of technology for safe, authentic and smooth transactions is a milestone achievement that will benefit both Nepalese businesses and the Government,” said Wendy Werner, IFC Country Manager for Bangladesh, Bhutan and Nepal.  “In addition to facilitating G2B transactions, this move will have a positive effect in the way all government online applications are rolled out in the days ahead, making it easier to own and operate a business in the country.” 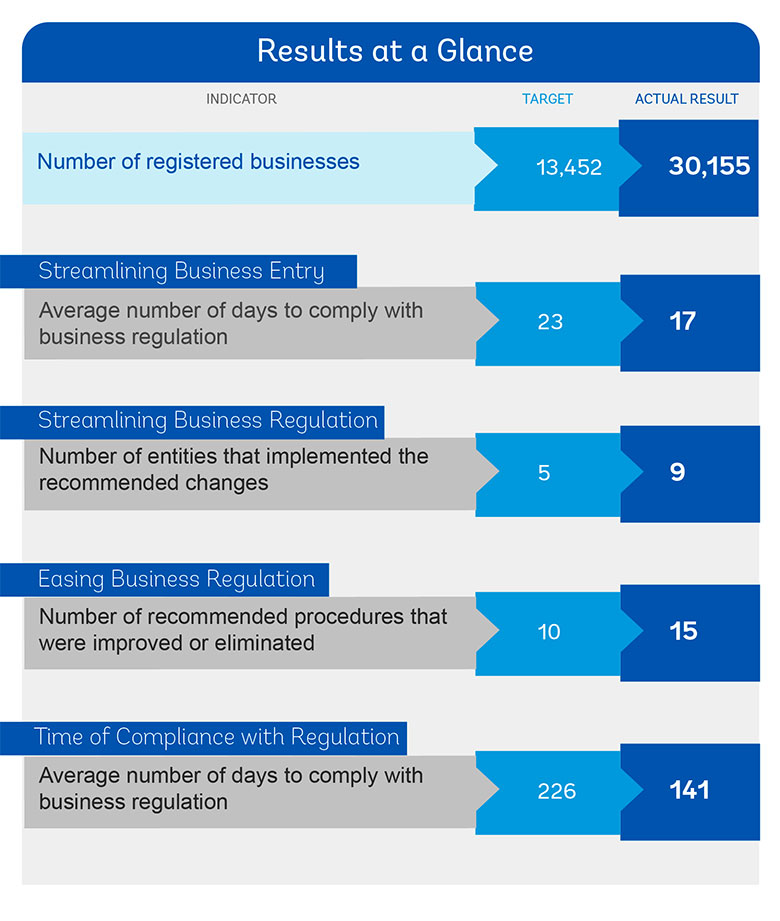