Strengthening Results and Accountability Frameworks in Education, Health, and Nutrition in Peru 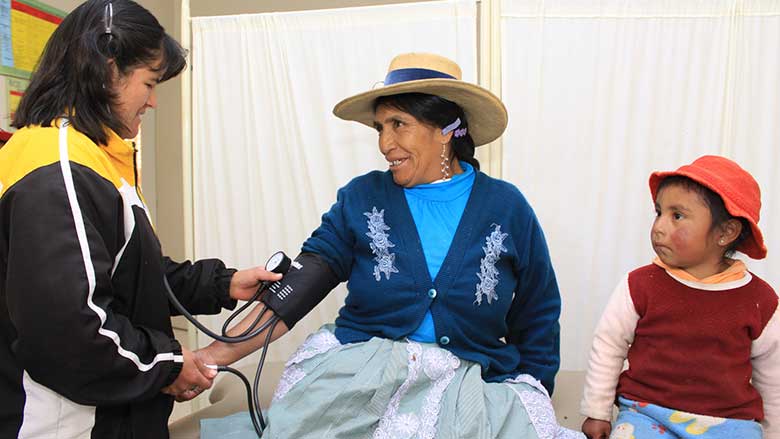 Medical staff antending at a Peru’s Health Center. Photo: Dieter Castañeda/World Bank
Between 2007 and 2011, the government of Peru initiated policy measures to improve parental understanding of expected outcomes in education, health, and nutrition that contribute to better outcomes in second-grade literacy, decreases in maternal and neonatal mortality, and reductions in the incidence of chronic child malnutrition.

From 1990 onward, despite significant investment in basic education and health services that greatly increased coverage, Peru experienced a persistent lack of progress with respect to human development outcomes. By 2005, only 15 percent of Peru’s second-grade students were reaching grade-level sufficiency in literacy, and roughly half were unable to read. In terms of health, institutional births covered only 49.4 percent of rural births in 2007, leading to high maternal and neonatal mortality rates, and growth-monitoring check-ups of children younger than one year reached a dismal average of 3.3 visits per year, against the recommended standard of 12 visits. At the same time, 30 percent of Peruvian children aged five were chronically malnourished. Poor outcomes were particularly prevalent in rural areas. Low quality of education and health services were reinforced by a “low equilibrium trap,” with service providers, regulators, and users accepting inadequate services as due to poor or nonexistent accountability frameworks and incentives to improve them.

Drawing upon the accountability framework developed by the World Bank’s 2004 World Development Report, the Peru Results and Accountability (REACT) Development Policy Loan Series constitutes one of few pioneering efforts by the Bank’s Human Development (HD) Vice Presidency to focus squarely on the nexus between governance and service delivery, in this case, specifically, on making education, health, and nutrition services more accountable to the communities they serve. The program built on global and country-specific analytical work, and benefited from coordination with other Bank lending operations, both from the HD and non-HD practice areas. The REACT DPL series supported the participation and mobilization of various social actors to press for change in service quality, especially in poor rural communities (many with large indigenous populations), and encouraged the government to undertake extensive consultations with civil society on strategic direction and interventions. The Bank played a key role as a reliable and knowledgeable broker in this multi-stakeholder policy dialogue.

The focus on accountability and results supported by the REACT series promoted a dramatic change in the government’s approach to service delivery. The shift from process- to results-based budgeting and monitoring and from vague to clear downward and upward accountability relationships had a decisive impact on outcomes.

Due to policy measures supported by the REACT program, all Peruvian children born after 2008 automatically receive a unique identification number. Currently, all new birth certificates issued by the National Registry for Identification and Civil Status Agency (RENIEC, Registro Nacional de Identificación de Estado Civil), by RENIEC’s auxiliary offices, or by municipal civil registries include the Unique Identification Code (CUI, código único de identificación). Although no education, health, or nutrition outcomes are directly linked to the wider civil registration of children, some evidence shows that wider use of identification contributed to early detection of at-risk children and their enhanced targeting for and participation in social programs. Including the CUI on birth certificates became the first step toward an integrated national civil registry. 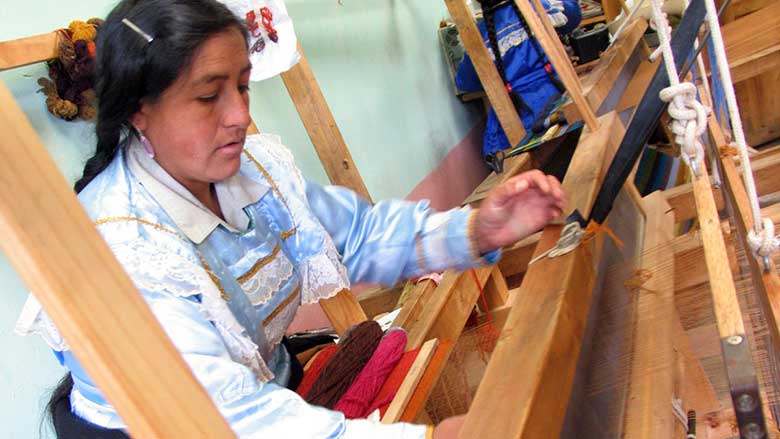 Total Bank financing of the REACT series, from the International Bank for Reconstruction and Development, was US$ 530 million, including a drawdown option (REACT II). The RECURSO Programmatic (2007 to 2011) supported the DPL through timely studies and technical assistance in the areas of setting quality standards and accountability frameworks. The Bank nonlending contribution was US $2.89 million. The Economic and Sector Work, “Peru: Evaluation of the Participatory Budget and Its Relationship with the Results-Based Budget,” complemented analytical work of the DPL series on issues related to local budgeting, accountability, and participation. It was funded by a grant from the Governance Partnership Facility (US$ 200,000) and a Bank nonlending contribution of US$ 76,000. The Trust Fund for Environmentally and Socially Sustainable Development contributed US$ 60,000 for an assessment of undocumented children in Peru.

The Bank collaborated on fiscal issues with the IMF (in the context of a Stand-By Agreement covering 2007 to 2009), with the Inter-American Development Bank on public expenditure management (including performance-based and participatory budgeting and monitoring), and with a wide range of bilateral and multilateral agencies. These agencies, engaged through participation in donor thematic roundtables, included the German Corporation for International Cooperation, the U.S. Agency for International Development, UK’s Department for International Development, the Japan International Cooperation Agency, the Swiss Agency for Development and Cooperation, and the Italian Development Cooperation. There was also strong coordination with the UN system, the Gates Foundation, and the Nutrition Initiative (a coalition of NGOs, the UN, and bilateral agencies) on REACT’s nutrition component.  Systematic support was also provided by a Japanese Social Development Fund, which financed the technical assistance operation.

The government of Peru has systematically adopted and strengthened the approach and direction of the policies supported by the REACT program. Moreover, the institutionalization of results-based budgeting, the creation of the Ministry of Social Development and Inclusion in 2011, and the priority given to improving the quality of social programs by two consecutive administrations (those of Alan Gabriel Ludwig García Pérez and of Ollanta Moisés Humala Tasso) led to a deepening of accountability mechanisms and a greater focus on results. The model and approach taken in the REACT program has been replicated by the Bank in other countries, including the Dominican Republic.

The set of reforms supported by the DPL series has contributed to making service delivery more inclusive and effective. The number of second-grade rural girls and boys reaching satisfactory reading proficiency tripled in the last seven years. The number of mothers in the poorest income quintile delivering children in adequate birthing facilities increased by 20 percent from 2009 to 2015. Children in the poorest income quintile receiving all vaccines and growth checkups in a timely manner reached the national average in 2015. More than 647,000 Peruvian girls and boys born in 2009 who would otherwise have been stunted by the age of five are now free of chronic malnutrition 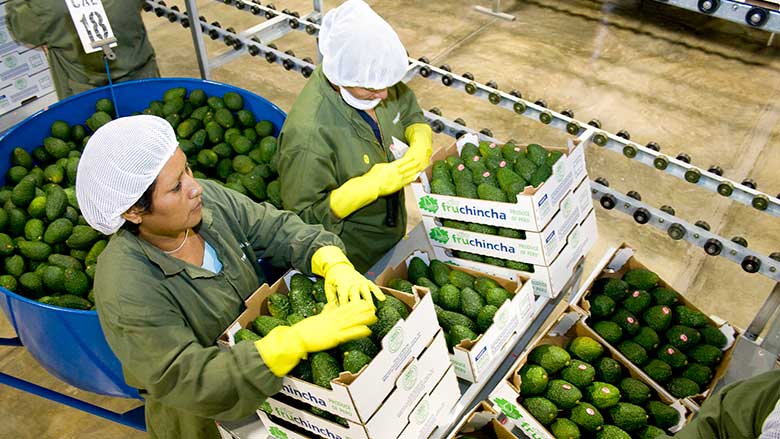 Education
Since the inception of the DPL series in 2007, the proportion of second-grade students reaching Level 2 in reading comprehension has increased from 16% to 44%.