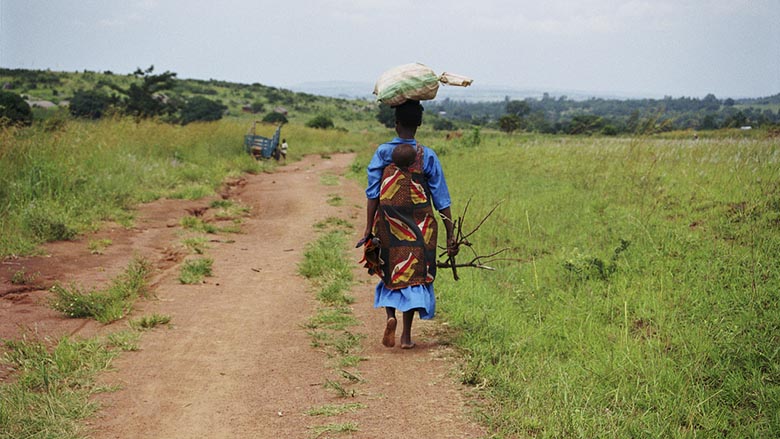 Photo: Scott Wallace / World Bank
Beginning in 2006, the World Bank helped to address weaknesses in Tanzania’s tax systems on two fronts. The Tax Modernization Project not only improved the country’s tax infrastructure, but it also executed a comprehensive education program, teaching both tax administrators and taxpayers about the importance and obligations of the tax system. This holistic approach effectively helped the government of Tanzania make several structural reforms to improve services and collect more total tax revenue, while at the same time making the tax payment system more transparent. At the end of the project in fiscal year 2011, tax revenue was roughly US$2.47 billion (TShs 5,465 billion) – almost three times what it was when the project began.

As external shocks led to fluctuations in commodity prices, Tanzania faced several challenges for long-term sustainable growth. In 2005, the government’s debt was growing and its tax revenue collection was low, at 10.8 percent of GDP. The government was forced to cut public spending on vital projects targeting infrastructure and human development. The tax system’s perceptible problems – low level of tax revenue collection, outdated tax payment methods, lack of monitoring and enforcement tools, slow and inefficient delivery on services, and citizen disillusionment with perceived corruption – reflected systemic issues in policy and administration.

The project took a holistic approach to increasing revenue collection. It included a technology upgrade, which allowed the country to automate systems for registering, documenting, and collecting taxes. A new e-filing system improved the efficiency, speed, and effectiveness of tax administration and revenue collection. The project also helped to reform the tax system by lowering the corporate tax rate and increasing the tax base and compliance.

Internal reforms to the tax administration included training staff on the anti-corruption policy and creating a stronger infrastructure for monitoring and evaluation. For example, two digital forensics laboratories were established to enhance the capacity of the tax investigation department.

The project also incorporated intensive education programs for taxpayers of all income levels: workshops and consultations taught citizens how to file and pay taxes and they also helped assuage doubts citizens had about their government’s commitment to providing a fair and transparent tax collection process.

" It was important not only to improve the tax infrastructure itself but also educate the tax administrative staff on how to use and maintain it and also educate taxpayers on the availability of this modern infrastructure. I think the project was successful because of the strong commitment from the government and the Tanzania Revenue Authority. "

Task Team Leader in charge of the Implementation Completion Report

The World Bank provided an IDA loan of US$30.4 million for the Tanzania Revenue Authority. This component financed training, surveys, workshops, technical consultations, research and design. US$3.2 million was also provided to enhance the Zanzibar Revenue Board.

The UK Department for International Development (DFID) and the Danish International Development Agency (Danida), contributed US$19.6 million to the Tax Modernization Project. Their contributions sought to promote an effective and efficient tax administration that provides high quality and responsive customer care with fairness and integrity, goals aligned with those of the Bank’s support for the project.

The government of Tanzania and the taxpayers of Tanzania were the main beneficiaries of the Tax Modernization Project with improved tax administration capacities to deliver high-quality customer service.

A large taxpayer survey was conducted in 2011 of 310 taxpayers from various business sectors accounting for 74.5 percent of the large taxpayer population. The majority expressed satisfaction with TRA’s performance in the areas of meeting the objectives of the Taxpayers’ Charter, implementation of tax reforms, taxpayer education, ethical behavior and customer responsiveness.

In a survey of small and medium enterprise taxpayers conducted by the World Bank in January, 2012, feedback was also positive. Among the respondents, 68.4 percent thought the tax filing process had become “better” or “much better” and about three quarters of the SME taxpayers thought their understanding of tax laws and regulations had become “better” or “much better.”