Bangladesh: Ensuring Education for All Bangladeshis 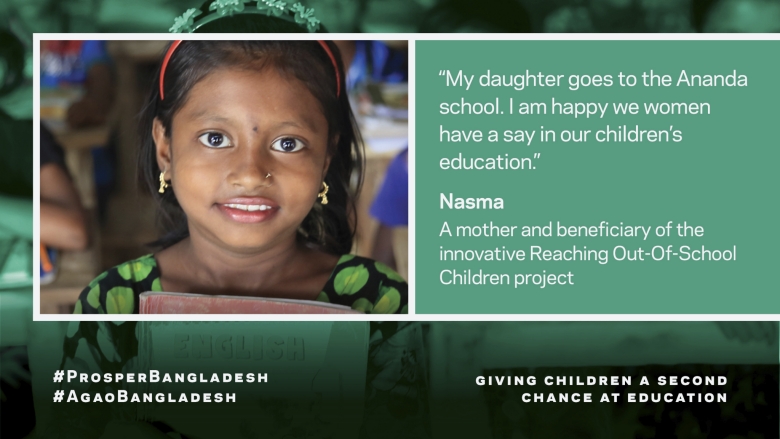 Bangladesh has made remarkable gains over the past two decades by ensuring access to education, especially at the primary level and for girls. The country’s net enrollment rate at the primary school level increased from 80 percent in 2000 to 98 percent in 2015, and secondary school net enrollment is now around 54 percent, up from 45 percent in 2000. Furthermore, the percentage of children completing primary school is close to 80 percent, and Bangladesh has achieved gender parity in access, in addition to dramatic decreases in disparities between the highest and lowest consumption quintiles at both the primary and secondary levels.

Despite these and other achievements, however, a number of challenges remain:

Quality and relevance. Bangladesh’s workforce of 87 million is largely undereducated (only 4 percent of workers have higher than secondary education), and the overall quality of the country’s human capital is low. National learning assessments conducted by the Government of Bangladesh show poor literacy and numeracy skills among students – only 25 percent to 44 percent of the students in grades 5 through 8 have mastery over Bangla, English and math, and performance on these measures is especially low among poor students.  In general, students have weak reading skills, and curricula, teaching approaches, and examination systems at all levels focus more on rote learning than on competencies, critical thinking, and analytical skills.

Low relevance of tertiary education and skills training is another issue of concern. The World Bank Enterprise Skills Survey 2012, for example, showed that employers believe graduates of Bangladesh’s higher education and training programs are inadequate for today’s and tomorrow’s labor market.

Equitable access. Repetition (the number of times students repeat grades) and dropout rates are still significant in Bangladesh, and only 50 percent of the students who enroll in first grade reach grade 10. Around five million Bangladeshi children between the ages of six and 13 – mostly from poor families, urban slums, and hard-to-reach areas –  remain out of school. Women continue to lag behind men in higher secondary and tertiary education. In addition, student enrollment is progressively lower for the poor from the secondary to the tertiary levels.

Governance and management. Bangladesh’s Ministry of Primary and Mass Education (MoPME) is responsible for primary education (grades 1 to 5), and the Ministry of Education (MoE) oversees secondary and post-secondary education. The Government of Bangladesh recently announced that it will extend free and compulsory primary education to all students through grade 8, a policy that will require close collaboration between MoPME and MoE.   Financing. Government spending on education as a share of the gross domestic product is around 2 percent, the second lowest in South Asia, and lower than in most other countries at similar levels of development.

Financing. Government spending on education as a share of the gross domestic product is around 2 percent, the second lowest in South Asia, and lower than in most other countries at similar levels of development.

" My daughter now goes to the Ananda ['joy'] School. I am happy, we the women, have a say in our children’s education.  "

A proud mother of a girl who went back to school as part of the Reaching Out of School Children II program. 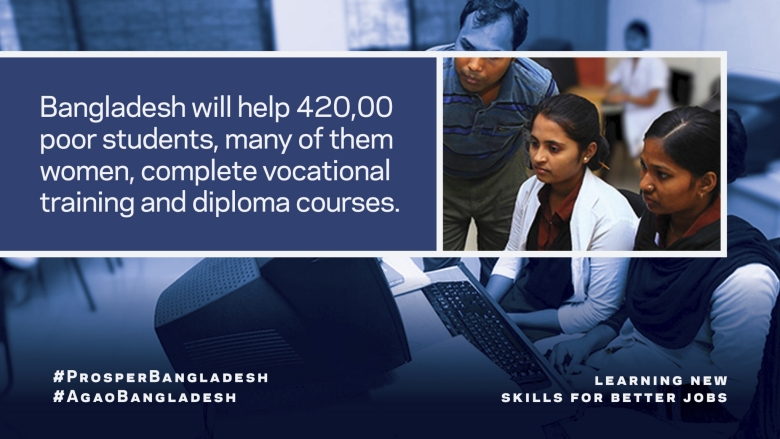 Bank support of Bangladesh’s education sector is based on the principle that investing early for all is investing smartly, and investing in lifelong learning is investing for the future.  The Bank is therefore engaged in the entire range of Bangladesh’s education sector – from primary to TVET (technical training) and tertiary education (see Table 1).  Currently, the Bank is also providing the Government of Bangladesh with technical assistance to prepare a new Secondary Education Program and a Primary Education Program, which are expected to receive the Bank’s lending support in 2017 and 2018, respectively. 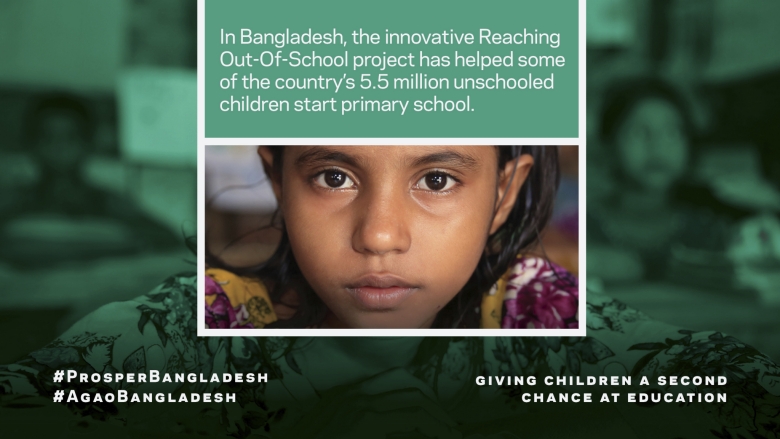 About seventy eight percent of households has access to electricity in Bangladesh. The Siddhirganj Power Project (SPP) aims to create electricity infrastructures and improve institutions. It will supply 335 MW of electricity to thenational grid, evacuate 480 MW from Siddhirganj and supply 600 million cubic feet of natural gas to the region.

Reaching Out of School Children II

· 690,000 out-of-school children enrolled in 20,400 Ananda Schools in 148 most disadvantaged rural upazilas, covering about one-third of the country.
· More than 90 percent pass rate in the Secondary School Certificate (SSC) examinations.
· 46 percent students enrolled in grade six appeared in these examinations.

· More than 11 million student-years and 40,000 school-years have benefitted from project interventions.
· Annually, 1,500 institutions and their teachers receive top institutional incentives · More than 50,000 students receive best student awards
· More than 77,000 “economically poor” students receive SSC pass incentive awards.
· 144,615 diploma students from 100 polytechnic institutions have received stipends
· 73,753 trainees (27 percent women) have received short-course training,
· 1,173 full-time contractual teachers have been deployed in 50 public polytechnics, filling up 95 percent of vacant teaching posts, and around 1,200 polytechnic teachers have been trained · Recognition of Prior Learning (RPL) has been operationalized, and around 9,000 individuals have been assessed through RPL. 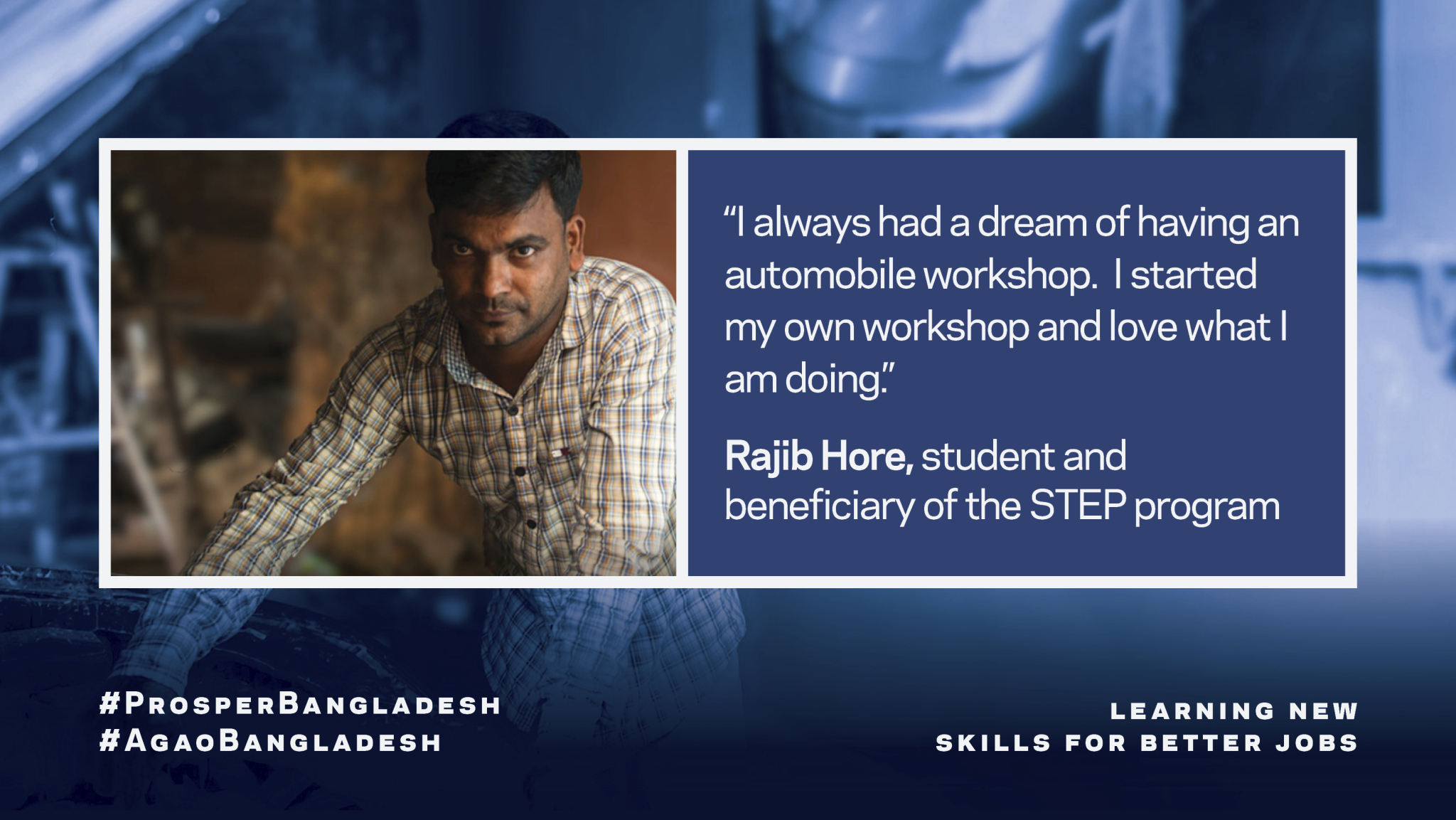 97.9
% of students are enrolled in primary education
Api