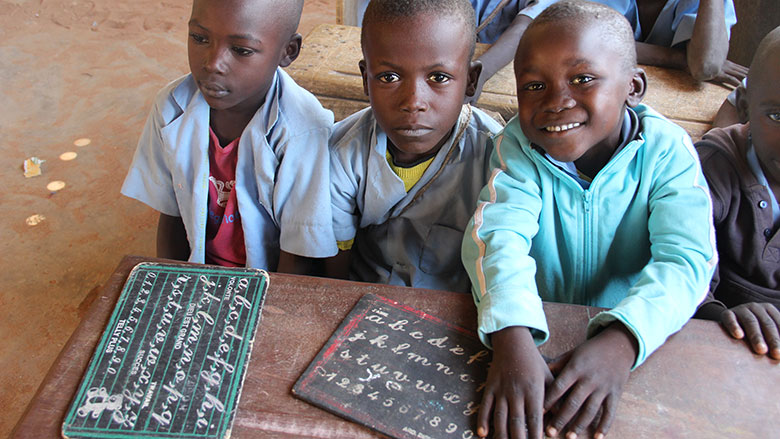 Cameroon’s growth performance has strengthened in recent years but has relied largely on public investment, which has started to strain fiscal accounts, and to increase debt levels. Moreover economic growth has not translated into equitable poverty reduction, largely due to spatial and social inequities, an unfavorable business environment including infrastructure lags, and weak governance. Poverty levels have stagnated around 40%, and widespread regional disparities exist—with rural areas carrying the bulk of the country’s poor. Yet, Cameroon has strong potential to develop and build on its vast potential, including important natural resources to ensure inclusive economic growth and poverty reduction.

Cameroon’s growth performance has strengthened in recent years and shown resilience through the oil price crisis, with GDP growth accelerating from 4% in 2011 to 6.2% in 2015, and expected to continue at that level from 2016 to 2018.   This performance, however, has relied heavily on an ambitious public investment program, which will become increasingly difficult to sustain, and not enough on private sector-led growth. Fiscal deficits have recently increased to around 5% of GDP and caused public debt to rise to 30% of GDP.  Public debt is projected to increase further in the next years, which, combined with lower oil export revenues, led to the recent downgrading of the debt sustainability assessment (high risk in the November 2015 DSA).  Strong economic growth has not translated into poverty reduction (because in part of high population growth but also of high spatial and social inequities).  Poverty rates have hardly decreased between 2001 and 2014, from 40.2 to 37.5%, with striking and increasing regional disparities: the rural regions of the Far North and the North have poverty levels of 72% and are home to 55.8% of the poor, whereas in urban areas poverty is at 4.8% (3.2% of the poor).  Cameroon has not met any of the Millennium Development Goals (MDGs), with the exception of the MDG on primary school enrollment.

Going forward Cameroon needs to address these challenges.  First, it needs to stimulate private sector-led growth, which will require an improved business environment and sector governance, lower cost of inputs (e.g. energy, transport, telecoms) and a better educated workforce.  Second, while a major infrastructure effort is required and will help private sector growth, public expenditure needs to be managed more strategically and efficiently, and rely to a larger extent on complementarities with the private sector.  It will also be key to maximize the benefits of the infrastructure effort through relevant sector reforms.  Finally, specific poverty reduction efforts should be undertaken to address the multiple poverty traps affecting the northern regions.  Such efforts should target: (i) increasing agriculture yields and production; (ii) improving education and health outcomes; (iii) providing greater access to basic infrastructure; and (iv) providing safety nets until overall conditions can be improved.  Weak governance cuts across all these issues and which represents an important development challenge for Cameroon, affecting economic transactions as well as service delivery—and, as such, development outcomes.

The Bank’s previous Country Assistance Strategy (FY10-14) was aligned with the DSCE and Cameroon’s stated vision and priorities for development. It focused on increasing the country’s competitiveness and improving service delivery. Bank support to improve competitiveness rested on three principal axes: (i) increased infrastructure investment in the energy, transport, and telecommunications sectors; (ii) activities geared toward ensuring the transparent, equitable, and sustainable use of natural resources, including mining, agriculture, fisheries, and protected areas; and (iii) promotion of high potential value chains and improved business climate. Given the important role it plays in improving competitiveness, regional integration is a critical part of this axis.

Bank support to improve service delivery targeted three main areas: (i) human development, to improve educational efficacy and accountability and increase the quality of health services; (ii) social protection, to help develop an effective safety net system based on targeted programs; and (iii) local development, to increase access to basic services through infrastructure upgrading and capacity building for improved local governance. The strategy also had a cross-cutting governance theme.  The orientations of the previous strategy have continued to be implemented during a gap period used to prepare a Systematic Country Diagnostic, submitted to the Board in June 2016.  The next CPF (FY17-21) is being finalized and will address key challenges identified in the SCD.

" With this money, I can feed my children and pay school tuition. If I manage to save, I will be able to buy high-quality merchandise. " 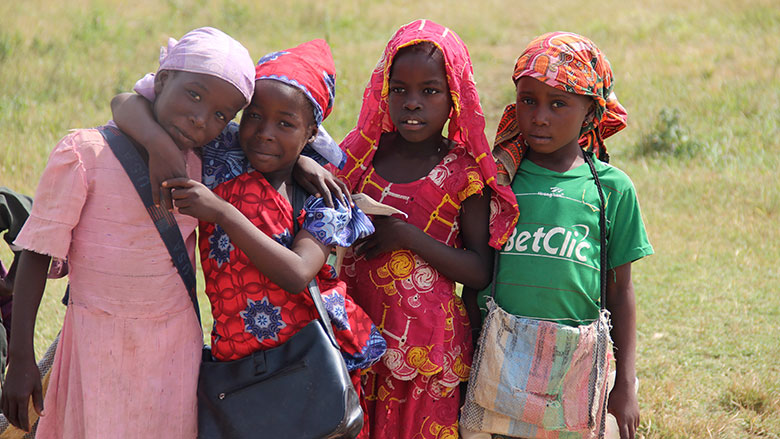 The Agricultural Competitiveness Project (IDA, $60 million) was launched in 2010 to boost the country’s agricultural productivity by developing rural infrastructure facilities and investing in value chains for rice and maize cultivation, as well as the production of broiler and pork meat.  At the time of closing, on June 30, 2016:

The ongoing Cameroon Health project (IDA, $45 million including a parent project and an additional financing of $20 million) makes use of a performance-based financing (PBF) approach, with a focus on maternal and child health and the prevention of transmissible diseases. The Project covers about six million people in 44 health districts in seven of the 10 regions of Cameroon (four regions under the parent project). Since the launch of the PBF approach, the quality and utilization of maternal and child health services has increased substantially in the health facilities of the four regions covered by the parent project:

·         The proportion of fully vaccinated children has more than doubled.

The Community Development Program Support Project II (IDA, $40 million) aimed to improve the delivery of priority basic services in targeted communes and support the ongoing process of decentralization.  The project, implemented during 2009-15, achieved the following results:

Multifaceted support to the energy sector has brought about very important results:
In the energy sector the Bank group has a long track record of working in partnership with the government and has become a trusted advisor and investment partner. The Bank has in particular undertaken analytical work on least cost energy sector planning, including rural electrification, and on the strengthening of regulatory capacity. This partnership has resulted in transformational change illustrated by the following results:

·         Major institutional reforms, including: (i) the creation of a regulator and a rural electrification agency in 1999; (ii) the concession of the State-owned distribution and transmission utility to a private operator in 2001; (iii) the opening of the generation subsector to independent power producers (IPPs); and (iv) under the 2011 Electricity Law, further unbundling of the sector through transfer of the transmission network from the private concessionaire to a separate state-owned entity.

·         Entry of several IPPs including two with World Bank Group financial support, resulting in current and potential increases in the availability of least cost, cleaner, electricity: (i) the Kribi Power Development Company, which developed the Kribi gas power plant (216 MW) in 2012, is supported by an IDA $82 million partial risk guarantee (as well as IFC investment); (ii) the Electricity Development Corporation, which has among other projects been developing the flagship Lom Pangar Hydropower Plant (LPHP) with support of a $132 million IDA loan. LPHP is essentially a regulating dam that will increase guaranteed all-season hydropower capacity on the Sanaga River.   The completion and impounding of the dam in the Fall 2015 has increased the already installed capacity by 120W, and the potential for developing additional hydropower plants on the Sanaga River by 40%.  A powerhouse at the foot of the dam, which is being completed, will generate an additional 30MW and help provide first time electricity services to over 2,400 rural households and improve reliability of supply to about 22,000 households in the Eastern Grid.

As of June 2016, the national IDA portfolio in Cameroon stands at $816 million in commitments and consists of 12 projects.  The IDA portfolio also includes three regional integration projects, whose share of commitments dedicated to Cameroon is $272 million.

Cameroon is one of Sub-Saharan Africa’s least aid-dependent countries. The Bank works closely with multilateral and bilateral, technical, and financial partners, among them the African Development Bank, the European Union, the Agence française de développement (AFD), the European Investment Bank, the Islamic Development Bank, the Japanese International Cooperation Agency (JICA), the Central African Economic and Monetary Community (CEMAC), the Banque de développement des États de l’Afrique Centrale (BDEAC), the International Monetary Fund, the United Nations, and Germany. This active partnership is evident in the joint financing and implementation of a number of projects, including CEMAC Trade and Transport Facilitation Program, the Lom Pangar Hydropower Project, and the Community Development Program Support Project. With financing from the International Development Association (IDA), EU, AfDB, and bilateral donors (France, Japan and the Islamic Development Bank), at least 90% of the Douala-N’Djamena and Douala-Bangui corridors could be traversable by the end of 2018 through joint financing to the transport sector. 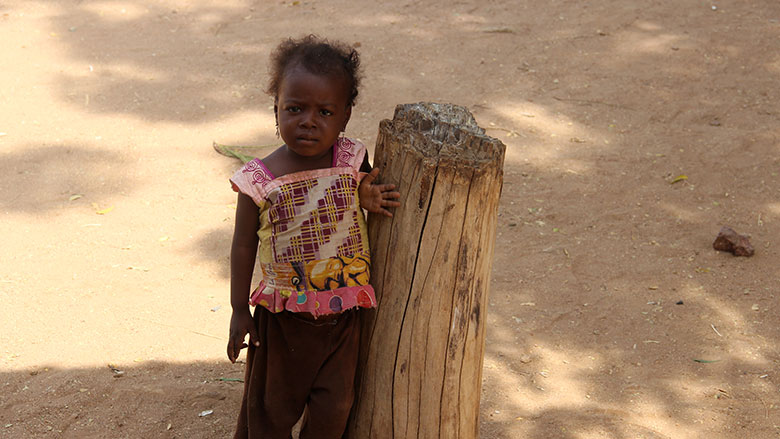 The main development challenge for Cameroon over the next decade, and critical to the country becoming an emerging economy, will be to accelerate growth in a fiscally responsible way, and to assure that growth is sustainably and equitably translated into poverty reduction.  The recent Systematic Country Diagnostic (SCD) identifies three groups of binding constraints to be addressed in order to reduce poverty: (i) low rural productivity, particularly in northern Cameroon; (ii) non-conducive business environment for the formal and informal private sector; and (iii) fragility and poor governance of the public and private sector.   Many of the results achieved through previous IDA interventions are expected to provide a foundation for the FY17-21 Country Partnership Framework under preparation.  The Bank has actually already started to build on these results to further expand its support to the following sectors/projects:

At the start of the pilot social safety net project (65,000 poor households in five regions), Mr. Wandji conveyed his emotion when he received the first cash transfer installment:  “With this money, I can feed my children and pay school tuition.  If I manage to save, I will be able to buy high-quality merchandise.”

“The partnerships between producer organizations, buyer agro-businesses, and financial institutions established under the project helped us to upgrade our cassava activities and to meet the agro-businesses demand,” explained the head of the producer organization SOCOOPROMAN located in southern Cameroon. “It also helped increase our benefits and secure our livelihoods.” 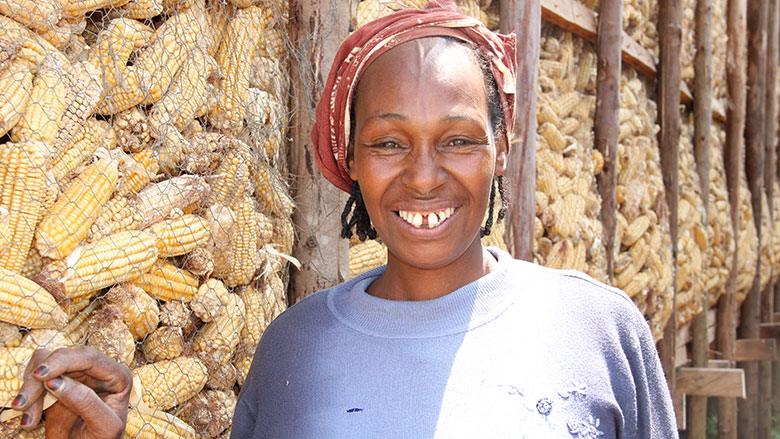