Through modern technologies and partnerships with private companies, farmers in Vietnam have improved productivity and are helping protect the environment.

Since the introduction of economic reforms under “Doi Moi” in 1986, Vietnam’s agriculture has made impressive progress. Nevertheless, problems of quality and food safety remain--resulting in low export prices and concerns among domestic consumers. At the time of the launch of the ACP in 2008, productivity growth was decelerating and there was a decline in real expenditures in agricultural research and extension.

While the Government of Vietnam has traditionally played a major role in supporting smallholder agriculture, it has little experience facilitating private sector participation including linking up with small farmers, contracting and buying farm produce from farmers, and sharing of advanced technologies. Also, smallholders could no longer rely only on public infrastructure and public services to remain competitive. Partnering with private companies would be crucial to help them understand and meet new and emerging market requirements.

The ACP aimed to strengthen the competitiveness of smallholder farmers in the select project provinces through strengthening agricultural technology, fostering the establishment of farmers’ organizations and their linkages to agri-businesses, and provision of critical public infrastructure.

The project used a decentralized participatory approach which allowed strong local ownership, flexibility, location-specific areas of focus and scope for the spread of innovative solutions. It also provided an opportunity for smaller companies and farmers in less developed areas to accelerate growth.

The project selected an open menu of commodities, technologies and value chains for support. A ‘let the market pick the winner’ approach allowed a variety of demand- and market-driven activities to be included and provided opportunities for smaller stakeholders to gain support while being able to avoid picking the wrong partners.

" My wife and I used to get up at 3:00 AM to take care our flowers on our 2,000 m2 garden but since joining the partnership with Dalat Hasfarm in 2011, we worked fewer hours while earning more. In the past, my flowers were not of very good quality. For example, only 50 percent of sprigs reached the highest quality, but now, it’s 90 percent. " 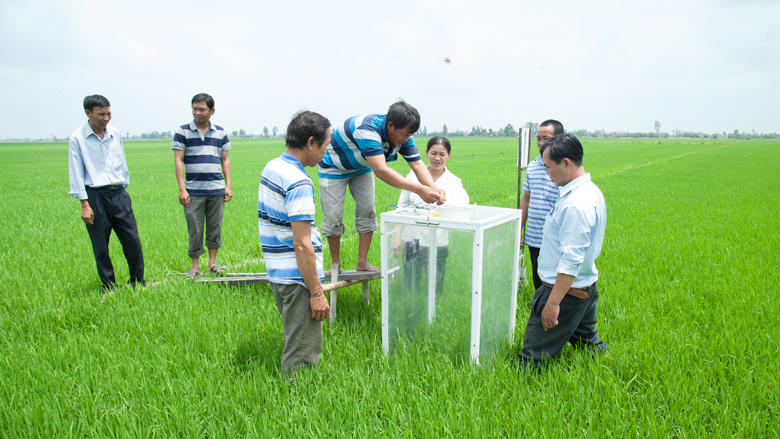 Farmers in Can Tho measure greenhouse gas emissions in their rice field with support from a local farming expert.

The project helped strengthen the competitiveness of smallholder farmers with the following key areas:

" With support from the project, we started using automatic water saving technology through underground pipes to each tree based on its needs. This automatic watering method saves about 30 to 40 percent of water, fertilizers and labor. Our sales volume and profits have gone up by 30 percent. " 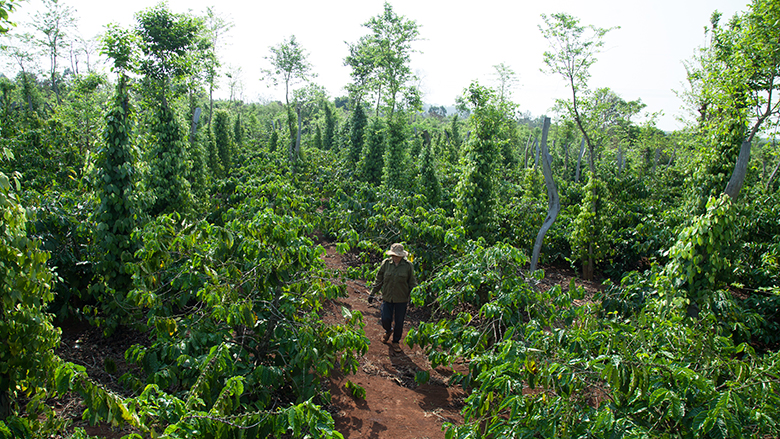 IDA financing totaling $59.8 million was provided to strengthen the competitiveness of smallholder farmers through the enhancement of agricultural technology, fostering of farmers’ organizations and their linkages to agribusinesses, and provision of critical public infrastructure.

The project facilitated strong partnerships among farmers’ organizations and agri-business companies and also involved international and local research agencies such as the International Rice Research Institute (IRRI) and Can Tho University in providing technical support for farmers.

The experiences and lessons from the ACP contributed to the conceptualization of the  Agricultural Restructuring Plan submitted by the Minister of Agriculture and Rural Development and approved by the Prime Minister in 2013.

The ACP experience played a significant role in the design of the Vietnam Sustainable Agricultural Transformation Project, including lessons pertaining to geographical focus, value chain focus, ways to ensure greater synergies among interventions, the roles of public officials in facilitating longer term farmer group—agribusiness relationships, and the need to better link ACP-type interventions with the products and outreach of the commercial banking sector.