Indonesia: Improving the Accountability of Infrastructure Spending by Local Governments 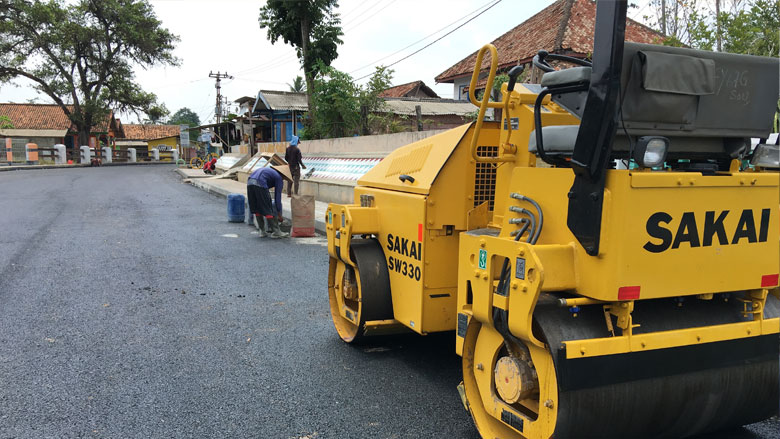 The Local Government and Decentralization Project, or LGDP, aims to strengthen the delivery of the grant transfers to local governments, called the Specific Purpose Grants, or DAK, so that these transfers are more efficient and used more effectively. From 2011 to 2014, a total 78 local governments built 1,467 units of infrastructure, including roads, water and sanitation facilities, and irrigation works, with the delivery verified by the Government of Indonesia’s Internal Audit Agency, known by its Indonesian acronym BPKP. The LGDP offers incentives to local governments for spending the DAK effectively, and has also developed a web-based reporting system. With many local governments improving accountability, the LGDP was approved in late 2014 for additional financing, so that the project can expand to cover 30 provinces and 450 local governments

The LGDP links DAK disbursement to output, specifically in the number of infrastructure units being built, such as roads, water, sanitation, and irrigation. The government’s internal auditors, the BPKP, are assigned to independently verify the construction of the units, and the verification report forms the basis for reimbursements to the local government. To improve reporting and accountability, a Web-Based Reporting System, or WBRS, was developed for the project, through which local governments must submit their financial and technical progress reports on DAK implementation throughout the year. The LGDP also provides incentive payments to local governments that perform well. In addition, through an ongoing series of institutional support activities, including training on technical, fiduciary and safeguards issues, the LGDP strengthens the capacities of local governments and the BPKP.

The LGDP – involving 78 local governments across 5 provinces in the Project’s the first phase – has enabled the government to improve the effectiveness and accountability of DAK transfers to local governments. Results include:

" Our collaboration with the World Bank through the LGDP might be small in terms of loan size. But the project has enabled us to better assist local governments and improve their accountability. "

Former Head of Division for Foreign Cooperation, at the Ministry of Public Works and Housing

From 2011 to 2014 – the project’s first phase – $220 million of IBRD funds were disbursed to reimburse for verified outputs. In September 2014, additional IBRD financing of $500 million was approved for the project’s second phase, which is projected to complete in 2018. The Global Partnership for Output Based Aid, GPOBA, has provided trust fund grants of $1.24 million for technical training and knowledge exchange related to output verification by the BPKP, as well as the production of a Handbook for Verification and a Handbook of Good and Bad Infrastructure.

The implementation of the LGDP involves coordination among several central government agencies. The Directorate General of Fiscal Balance within the Ministry of Finance leads the overall project management. The Ministry of Public Works is responsible for issuing and updating the Reference Unit Costs, or RUCs, used to calculate the reimbursement amounts. The state auditor BPKP verifies the outputs delivered by participating local governments. The Ministry of Home Affairs and the Ministry of National Development Planning are also involved in the supervision, monitoring, and evaluation of project implementation and outreach to local governments.

With additional financing, the LGDP is now scaling up its approach to 30 provinces nationwide.  In 2015, 209 local governments took part in the project, and by 2018, up to 450 local governments are expected to participate. The project now also includes sanitation subprojects. These developments, including the expansion of the WBRS, show perhaps the most important factor in moving forward: strong ownership by the government, which supports the project’s sustainability.

“Our collaboration with the World Bank through the LGDP might be small in terms of loan size, which is not that much compared to the budget of the Ministry of Public Works.  But the project has enabled us to better assist local governments and improve their accountability on DAK, through better reporting and direct verification by BPKP,” said Sumito, former Head of Division for Foreign Cooperation, at the Ministry of Public Works and Housing.

“Our involvement with the LGDP made us more enthusiastic to submit technical reporting using the WBRS. It has helped us to better plan overall local investments. The incentives provided by the LGDP encouraged us to improve the quality of water and sanitation facilities and to have more projects eligible for reimbursement next year. The incentives have also enabled our district to improve the monitoring and evaluation of DAK projects,” said Nurbaiti, Head of Sub-division for Monitoring and Evaluation, of the Bangkalan regency government in East Java. 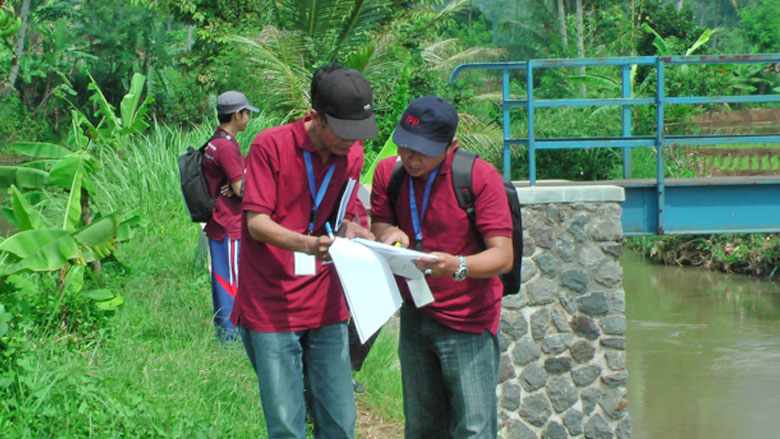 Improving the Accountability of Infrastructure Spending by Local Governments