Bydgoszcz, a small city about three hours drive from Warsaw, offers a quaintly refurbished downtown, three universities, and the most pro-business climate of any city in Poland.  Of 18 Polish cities examined in a new World Bank study, Doing Business in Poland 2015, Bydgoszcz topped the aggregate ranking. The report analyzes business regulations in four areas: starting a business, dealing with construction permits, registering property, and enforcing contracts.

The city’s mayor says that’s because he’s made a special effort to hire business-minded people to streamline the business permitting process.

“The thing is to be good to your investors, not just the big ones, but look at the investors you already have,” says Rafał Bruski, Bydgoszcz’s mayor. A few businesses often lead to more businesses, he says.

“If it’s a small investor, they often bring other work, and once one is here, others ask, is it a good place to work, and they say yes and the others will come.”

The Polish subsidiary of the American company SPX opened in Bydgoszcz about ten years ago, making pumps and pipes for food processing plants around the world.  The SPX factory employs about 200 people in a sprawling industrial park just outside of the city.

“From the beginning, local authorities have been very helpful about construction permits and permits pertaining to the industrial and economic zone where we operate. We’ve gotten lot of support from the industrial center and from city authorities,” says Dariusz Młodzikowski, SPX’s production manager.

Robert Piątkowski, who works for Bydgoszcz’s Industrial and Technical Park, where the SPX factory is, agrees. He says the city has worked hard to make things work for companies like his.

“Bydgoszcz has qualified people, young people, a business-friendly atmosphere—the city helps, gives us exemptions on property taxes, the part that was outside the special economic zone has been included, they do a lot to help us do well.”

" In last year’s ranking, for the first time in history we were ranked better than the EU average and before such countries as Spain or Belgium. "

A factory plant at the Industrial and Technological Park in Bydgoszcz.

Across Poland, the World Bank analysts often found that small cities did better than bigger ones. 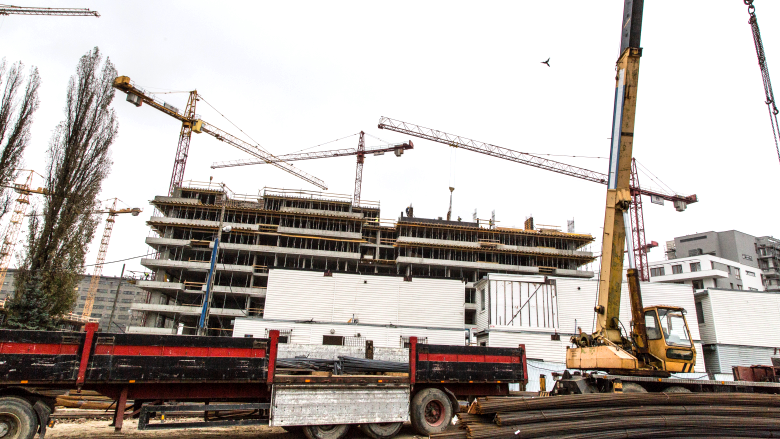 Jakub Jaworowski is the Undersecretary of State in the Chancellery of the Prime Minister. He’s generally pleased by what he sees.

“In last year’s ranking, for the first time in history we were ranked better than the EU average and before such countries as Spain or Belgium,” he says.

“Needless to add, there still is a lot of room for improvement,” notes Jaworowski.

That said, there are plenty of positive signs, he says. In Kraków, the regional court moves business cases through its docket in less than a year—that’s six months faster than in Gdańsk or Warsaw.

Paweł Czepiel, a regional court judge says, “given how busy our workload is, we are very careful about scheduling, dates, and I can say for myself that whenever I have a hearing, I try to make the best use of everyone’s time and we don’t leave until we’ve accomplished something.”

Kraków scores less high on other criteria, says Michał Porębski, who opened Vistula Estates, a real estate company, here two years ago.  He does like the new nation-wide S24 online platform, which lets entrepreneurs register companies without a notary deed, but the Kraków region’s other red tape gets in the way, he says.

"As far as business registration, you can do it in one day on the Internet, but you also have to do a lot of other formalities. You have to get a tax ID, a statistical number, all this takes a long time and it's not easy. I’d recommend hiring an accountant."

Jakub Słupiński runs PM Business Consulting, not far from Vistula Estate’s offices. He says the same thing.  "About regulations and formalities - they are pretty much the same all over the country and they are not very friendly. We have tax payments, social security payments, the timing of dispute resolution, all of these different factors and they are not optimal right now."

So, from Poland’s business people, the message to the government is clear: Cutting through the red tape will lead to a rise in productivity.  And while there are plenty of localized indications of progress, overall, the country needs to do more to make it easier for people to set up, regulate, build and operate their own businesses.