Located at the eastern-most point of the New Guinea islands, Bougainville comprises two large and many smaller islands. It has a population of approximately 200,000 and over a dozen different languages. A province of Papua New Guinea since 1975, Bougainville is now an autonomous region within the country — the result of a nine-year revolt that left tens of thousands killed, a divided and traumatised population, degraded infrastructure, and a shattered economy brought on by the collapse of its main industry, mining.

Prior to the conflict, women played vital roles in community-level decision-making and were key agents of development. Overall, women held important positions in the family and community. Since the conflict this role has been weakened, resulting in women being marginalised from community decision-making processes. Further, during the conflict, women suffered violence as victims of torture, rape, and forced labour. The weakened capacity of women as agents of development within their communities and the low capacity of government departments working at the local level are widely viewed as significant challenges to development efforts.

The Inclusive Development in Post-Conflict Bougainville project will benefit women and women’s organisations across the autonomous region as well as communities where projects are implemented and the individuals and agencies who are trained under the project.

The project consists of three components:

Through component 2, small grants have been awarded to 41 women’s groups, including at least one project in each of Bougainville’s 13 districts. People benefitting from completed grant projects are estimated at over 48,000, nearly 25% of the population.

An Independent Monitoring Group concluded that public goods from the project are reaching communities with overall sound management of funds and that women’s roles are being strengthened through their direct management, ownership and leadership in the whole process.

The World Bank (State and Peace-building Fund) has contributed US$2.5 million for this project

With the project currently set to close in March 2015, plans are underway to secure additional financing to extend the project to March 2018. Additional financing would support the provision of two more rounds of small grants to women’s groups, one per round for each of the 41 Community Governments.  Training would continue to build the capacity of women’s groups while also engaging District officials and Community Government leaders more actively in development planning monitoring and implementation support. 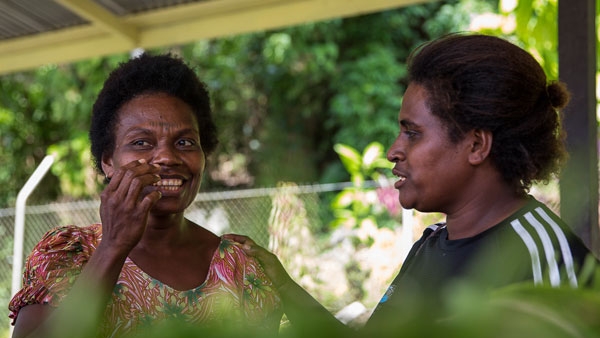