The majority of Papua New Guinea’s population lives in rural areas, largely dependent on agriculture for their livelihoods. Coffee and cocoa are the main cash crops, with half of the country’s total workforce involved in their production, processing and sale. Despite its importance, the quality and productivity of these crops has been declining. The Productive Partnerships in Agriculture Project (PPAP) aims to improve the livelihoods of smallholder cocoa and coffee producers, and promote rural development and poverty reduction more broadly.

Approximately 80% of the Papua New Guinean population lives in rural areas with agriculture accounting for about a third of the country’s GDP. Coffee production is the backbone of the rural economy and accounts for 30% of the total labor force. Approximately 90% of national exports originate in the Highlands (Western Highlands, Jiwaka, Eastern Highlands and Simbu Provinces). However, productivity it low. This is largely due to a lack of replanting, limited incentives for smallholder farmers, and poor access to markets.

The cocoa industry has been experiencing similar issues in addition to the threat posed by the Cocoa Pod Borer, a crop disease where larvae tunnel into fresh cocoa pods and decimate cocoa harvests.

The Productive Partnerships in Agriculture Project (PPAP) supports the creation of partnerships between farmers and NGOs, farmer group cooperatives and local businesses. The partnerships provide smallholder farmers with knowledge in crops and pest management, while improving their access to relevant services and opportunities that bring higher prices for their produce. The project is also helping cocoa farmers manage the impact of cocoa pod borer, which has had a devastating impact on crop yields.

The project aims to:

The project will support improved quality in the coffee and cocoa industries and promote the adoption of certified sustainability practices (such as organic, fair trade, Rainforest Alliance, Utz or quality certification schemes). Under the productive partnerships component, funding will support partnerships in the private sector and civil society.

Further, PPAP will identify and fund important maintenance and upgrades to local infrastructure such as roads and wharfs. Partnerships will also be encouraged with smallholder farmers in disadvantaged areas — such as more remote areas in the Highlands or cocoa-dependent areas affected by the Cocoa Pod Borer — and partnerships which support vulnerable groups such as women.

Since it began, more than 60,000 smallholder coffee and cocoa farmers have benefited from various activities supported under the project. Further to this, more than three million cocoa trees and more than seven million coffee trees have been replanted or rehabilitated across Papua New Guinea.

The International Development Association has committed at total of $85 million for this project.

Additional co-financing for the project has been provided by the International Fund for Agricultural Development, the European Union, the Government of Papua New Guinea and the private sector, including smallholder growers.

The Development Objective of PPAP is to improve the livelihoods of smallholder cocoa and coffee producers through the improvement of the performance and the sustainability of value chains in cocoa- and coffee-producing areas.

In February 2014 additional financing was approved for the project. This will allow the project to scale-up the impact and development effectiveness through continued support to sustainable improvement in the livelihoods of cocoa and coffee farmers, and the overall improvement of market access and value chain coordination capacities of the country’s cocoa and coffee industries. 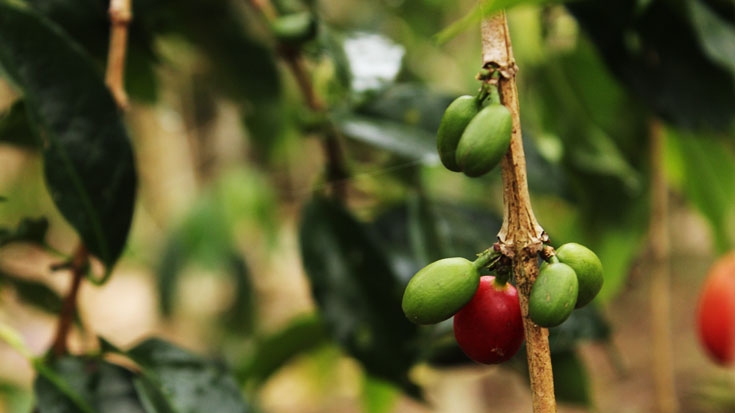