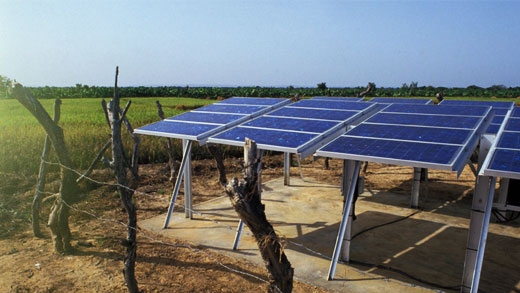 World Bank
Peru increased access to electrical power to more than 105,000 low income rural households, through a World Bank-supported program to extend the electrical grid and install solar power systems. This electrification effort included schools, health clinics, and community centers. The Project was instrumental in the establishment of a national tariff for regulated service with household off-grid photovoltaic (PV) systems. In addition, the Project’s productive uses promotion component assisted more than 21,000 rural producers, including women who comprised more than a third of the beneficiaries.

Lack of access to electricity, combined with the scarcity of other infrastructure services, constrains economic development and hampers improvements in living standards in Peru. It limits the quality of medical care, and the availability of educational opportunities. The high poverty levels in rural areas of Peru and the growing gap in quality of life with rapidly developing urban areas highlight the importance of investing in basic rural infrastructure, such as electricity, as part of the national development agenda. Recognizing this, the Peruvian Government has made rural electrification one of its highest priorities.

To promote productive uses of electricity, the project used a business development services approach. It focused on outreach to small businesses through non-governmental organizations (NGOs), and developed a marketing strategy for the electricity supplier, which addressed the lack of information, tariff barriers, and quality of service.

When the Rural Electrification Project began in mid-2006, more than six million people in the predominantly poor rural areas of Peru did not have access to electricity. At 30 percent cover- age, this was one of the lowest rural electrification rates in Latin America. The project’s key outcomes included:

The Project was financed by a World Bank loan for US$50 million and a Global Environmental Facility (GEF) grant for US$10 million, approved on March 2006 to cover investments, pilot projects, and technical assistance.

The Bank and the GEF supported the Ministry of Energy and Mines and its coordinating unit in the design and implementation of the project. During implementation the Bank and the distribution companies built a strong partnership. Nine distribution companies in 16 regions participated in co-financing the project, mobilizing an average of 25 percent of co-investment for a total of US$29 million, surpassing the target of US$23 million.

Based on the success of this project the Government requested an additional loan to continue the application of the rural electrification model. Because this project had established a positive track record and there was an increasing demand for solar home systems the Bank approved, in 2011, the Second Rural Electrification Loan of US$50 million. This new operation and financing from the Government’s Rural Electrification Fund are continuing the effort to promote productive uses of electricity.

The project benefited poor rural households and small enterprises, in particular. More than 105,000 households and small businesses, representing about 450,000 people, benefited from receiving new electricity connections, including around 35,000 indigenous people and around 2,900 schools, health clinics and community centers. Of these, 7,100 households, or about 31,500 people living in isolated areas received solar home systems.

The project’s productive uses component assisted more than 21,000 rural producers, including women, who comprised more than a third of the beneficiaries, to adopt electricity-using equipment that increased their productivity and incomes.

All Multimedia »
21,000
rural producers were assisted by the productive uses promotion component.