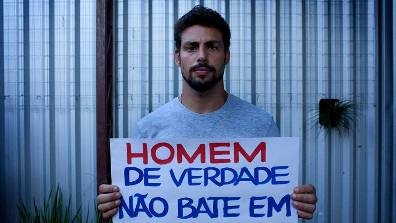 Gender equality is a cross-cutting theme at the World Bank Group and gender-based violence (GBV) a relatively new area of strategic focus. Prior to 2012, projects that addressed GBV were typically subcomponents within larger projects, small-scale, or primarily financed by trust funds. Since 2012, the number of investments is rising and an increasing numbers of projects and DPLs have a GBV focus. Since 2012, 12 new projects with an exclusive or priority focus on GBV have been approved, totaling US$18.6 million. Going forward, the World Bank will scale up commitments on this front as part of a broader effort toward gender equality—a vital prerequisite to achieving the Bank’s twin corporate goals of ending poverty and boosting shared prosperity.

The World Health Organization (WHO) estimates 35 percent of women worldwide have experienced physical or sexual partner violence or non-partner sexual violence. That’s about 938 million women, nearly the population of Africa. Conservative estimates of resulting lost productivity range from 1.2 of GDP in Brazil and Tanzania to 2 percent in Chile—roughly what most governments spend on primary education. Those figures don’t include costs associated with long-term emotional impact and second-generation consequences. The effects of violence are felt at many different levels: by the women themselves, their families, and the economy. The cumulative impact of violence imposes steep costs on business and economies.

Dr. Denis Mukwege[1], who runs a successful program for women harmed by GBV in DR Congo and was nominated for the Nobel Peace Prize in 2013, made the point succinctly: “Women in Africa are carrying the economy of Africa on their shoulders. If one destroys them psychologically or physically, the cycle of poverty is perpetuated. If you destroy a woman you destroy on average six other people.”

Contributing factors include unequal power relationships that are the result of public and private biases as well as entrenched social norms. These devalue women and girls and deprive them of opportunities to fulfill their personal and productive potential.

The World Bank is addressing GBV from a variety of angles that include direct assistance to survivors as well as prevention and evidence-gathering.  To provide direct assistance to survivors of GBV, the Bank has partnered with local organizations with expertise, assisting them with capacity-building, M&E training, and convening power to mobilize support from regional and local government.  On the preventative side, the Bank is balancing advocacy for new laws that protect women with legal assistance programs necessary to prosecute perpetrators and break the cycle of impunity. GBV is increasingly brought into the design and implementation of large-scale projects, particularly in the transport, infrastructure, and urban development sectors. Incidents of GBV span the map of women’s daily movements—so a broad focus is needed in developing safe environments.

In 2013 the World Bank published the report Sexual and Gender-Based Violence: What the World Bank is Doing and What Have We Learned? It examined all GBV-related projects between 2008 and 2013 and identified lessons to engage more strategically on this issue across the Bank portfolio. Examples follow:

Direct assistance to survivors (including in fragile and conflict-affected states):

In 2010, the World Bank [2]was brought in to monitor and supervise a project assisting survivors of sexual violence in the war-torn province of South Kivu, eastern Congo.[3] The project piloted Cognitive Processing Therapy (CPT). The results showed that after participating in CPT, survivors’ probability of experiencing depression or anxiety decreased from 71% to only 9%, while the probability of PTSD decreased from 60% to 9%. The project reached or exceeded targets, providing services to 3,951 survivors and increasing the proportion of survivors seeking help within the critical 72-hour window. In addition, as a result of the project’s advocacy, medically certified survivors seeking justice in court will receive this support free of charge. As a rehabilitative measure, the program also created and supported 114 Village Savings and Loans Associations that remain active, successfully maintaing solidarity and social cohesion. The project is now closed.

The World Bank addressed a dramatic rise in sexual violence in Haiti’s Internally Displaced Persons camps by partnering with grassroots NGO, KOFAVIV. The initiative focused on five camps and provided goods totaling US$144,287 (whistles, solar powered flashlights, cell phone, tarps, and rape kits) to 7,078 women and children in greatest need. The project successfully engaged men to act as first responders to attacks and to enlist other men. It also trained KOFAVIV staff in organizational development, M&E, and crisis response. The Bank used its convening power to successfully link this and other Haitian grassroots organizations with government institutions for ongoing collaboration. The project was approved in 2011 and closed in 2013.

In March 2013, the World Bank provided financial backing for a campaign to confront gender-based violence in Brazil. The campaign featured prominent male Brazilian athletes, actors and celebrities holding a poster with the words "Real Men Don’t Beat Women." The celebrities also recorded videos that were promoted via all forms of social media with the hashtag: #souhomemdeverdade. The images were picked up by Brazil’s most prestigious newspapers and periodicals and featured on Globo TV midday news (18 million viewers). Rio de Janeiro’s urban metro system (650,000 daily users) publicized the campaign for free during the months of March through May. The campaign effectively built on the back of the Maria da Penha Law on Domestic and Family Violence enacted in 2006.

The World Bank is providing Brazil with a US$500 million Development Policy Loan for a major infrastructure project to update and connect Rio de Janeiro’s urban transport system. The project takes gender-based violence considerations into account and uses the innovative strategy of piggybacking on the urban network to deliver a range of economic and legal resources to women. Now all stations will have women’s restrooms and improved lighting. Five major stations will have centers offering legal, medical, and counseling support to those affected by gender-based violence as well as 107 electronic information terminals. The project was approved in 2009 and still active in 2014.

A similar transport-led initiative is now under way in Ecuador. The World Bank loan of US$205 million will support funding for a subway system in Quito that will carry 400,000 people daily and facilitate safe mobility for female metro users by ensuring adequate lighting on platforms and surrounding areas and launching outreach campaigns to promote respectful conduct on board. The project was approved in 2013.

In Papua New Guinea, an IDA-funded project took a pioneering, gender-informed step when it consulted local women during the project identification stage of a new mining project. It became apparent that women anticipated higher levels of violence and abuse as a result of the influx of labor. They described shifts in social dynamics due to the sudden increase in income. In response to this, a woman was appointed to represent their concerns at the negotiations table. It was agreed that 10% of funds from the mine’s operations would be dedicated to programs supporting women and children. In 2012, 30 female leaders renegotiated the agreement and now 18.24% of funds go towards these programs. The project closed in 2013.

In June 2012, a Japan Social Development Fund (JSDF)-funded program launched the Justice Center for Legal Aid (JCLA) in Jordan. Its six new Legal Aid Centers (LAC) provide free legal counseling services and representation to those who lack sufficient financial means. JCLA is now the largest single provider of legal aid services in Jordan and 70% of its beneficiaries are women. Its services are delivering essential legal support to women who face daily emotional and physical violence and intimidation designed to isolate them from their personal and economic assets. To date JCLA has provided counseling to 3,400 men and women and represented more than 1,480 in court. The project remains active in 2014.

Since 2012, 12 new projects with an exclusive or priority focus on GBV have been approved totaling US$18.6, of which some US$17 million was IDA funded. The total amount of gender-informed lending in FY13 was nearly US$31 billion. The total share of gender-informed lending in IDA countries was some US$16 billion. These operations and funds have directly and indirectly supported progress to reduce the gender inequalities that allow gender-based violence to thrive.

Efforts to mainstream GBV within World Bank operations have made considerable progress over the last two years but can be scaled up. Going forward, the Bank needs to engage GBV more systematically and strategically across its investment portfolio. Key findings from the 2013 report Sexual and Gender-Based Violence as well as increasing volumes of statistical data and impact evaluations housed in the ADePT Gender and enGENDER IMPACT databases now provide the foundations for empirically based discussion and direction within all networks.

Specific findings to be considered moving forward are:

A survivor assisted by the World Bank Group project in South Kivu, DRC explained what joining a Community Based Organization has meant for her: “We were alone at the beginning and now we act together and feel stronger. We formed a solidarity group and I like that. [The project] enabled our group to grow stronger and to be able to be more attentive to problems of other women in general.”

[2] Learning on Gender and Conflict in Africa Program (LOGiCA)