Saving a Corner of the Aral Sea 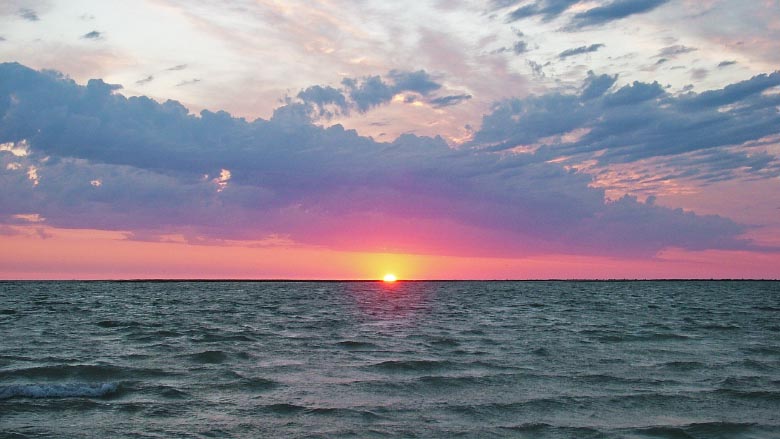 The Aral Sea, whose basin is shared by five Central Asian countries, once supported a vibrant economy, with many people relying on fishing and agriculture for their livelihoods. However, massive diversion of water for cotton cultivation from the two main rivers flowing into the Aral Sea in the 1960s shrank the sea, resulting in thousands of lost jobs, severe degradation of the surrounding environment, and ill health among local people.

Rich delta ecosystems were largely lost. Rusted ships stranded on the desiccated seabed and ghost fishing villages are a sad reminder of the once thriving fishing industry.

Currently, a Syr Darya Control and Northern Aral Sea project supported by the World Bank and the Government of Kazakhstan is helping mitigate the damage. The Syr Darya River is the main source of inflow to the Northern Aral Sea in Kazakhstan, while the Amu Darya, with a larger flow, enters the Sea in Uzbekistan. The rivers run approximately 2,500 km through the mountainous upstream countries of Afghanistan, Tajikistan and the Kyrgyz Republic then flow through the plains of the downstream countries of Uzbekistan, Kazakhstan and Turkmenistan.

By 1990, the Aral Sea had divided into northern and southern parts, prompting five Central Asian states to create the Aral Sea Basin Program, with the goal of eventually restoring the Aral Sea to near its original levels. However, by 1996, the Sea’s surface area was half its original size, and its volume had been reduced by three fourths. Global and regional efforts had achieved few results other than studies and reports.

Rusted ships stranded on the desiccated seabed and ghost fishing villages are a sad reminder of the once thriving fishing industry.

Under the Northern Aral Sea project, the World Bank has helped build the eight-mile Kok-Aral Dam, completed in August 2005, which separates the two parts of the Sea. Prior water control structures on both the Aral Sea and Syr Darya River had either generated only temporary benefits or failed altogether. The project, which includes repairs to structures along the Syr Darya, aims to sustain and increase agriculture and fish production in the sub-region and ensure the continued existence of the Northern Aral Sea, also known as the Small Sea. The dam will allow the accumulation of over 29 cubic kilometers of water into the Small Sea and will help to restore delta and riverine wetland ecosystems.

In addition to restoring water levels in the Northern Sea, a sluice in the dike is periodically opened, allowing excess water to flow into the largely dried-up Southern Aral Sea. Newly constructed, rebuilt, and rehabilitated waterworks along the Syr Darya are increasing the carrying capacity of the river, helping farmers living along its shores by raising the water supply volume for 16,000 hectares of irrigated lands. Planned waterworks will also eventually restore fishing lakes in the delta area, which will serve as hatcheries from which to restock the Northern Aral Sea’s fish population.

“This is the first on-the-ground project that has shown results,” emphasizes Masood Ahmad, World Bank task team leader for the project. “For decades, there were studies but no action, and we already have results to show since 1999.”

" This is the first on-the-ground project that has shown results. For decades, there were studies but no action, and we already have results to show since 1999. "

The gradual restoration of the Northern Aral Sea has helped reduce diseases that proliferated throughout the area as a result of unhealthy drinking water. In the next few years, salt content in the Sea is expected to decline from a current 23 grams/liter to 10 grams/liter, or almost to 1960 levels. Continued declines in salinity will require constant adequate annual flows into the Sea over several years. The desertification of surrounding land is also being mitigated, with the hope that the flora and fauna that once grew there will one day flourish again.

Already, a glimmer of hope has returned to Tastubek, a tiny fishing village near the Small Sea, where residents are able to catch salt-resistant flounder that were introduced to the Sea in the 1970s under a project supported by a Danish aid organization. The hope is that, as the salt content of the Small Aral drops, many of the 24 fish species that once supplied a thriving fishery business will return. Local NGOs, such as Aral Tenizi, are enabling local fishermen with economic, social, ecological, and financial support, including new refrigerated fish reception centers. The Japanese Social Development Fund, administered by the World Bank, is helping fund the NGOs’ activities.

The Syr Darya River is the main source of inflow to the Northern Aral Sea.

Work has also begun under a separate operation in Uzbekistan, the Drainage, Irrigation and Wetlands Project, to restore the delta wetlands and lakes which form the basis of livelihoods based on fisheries and ranching in the impoverished Karalpakstan region. It follows a successfully completed pilot investment that supported the restoration of the 40,000 hectare Lake Sudochi in that region.

Although improvements are already noticeable, environmental degradation cannot be reversed overnight, and the project team estimates that sustainable results will only be obvious about 10 years after the project is completed. Ultimately, the Northern Aral Sea project will benefit about 1 million people living in Kazakhstan’s poorest region, helping to improve living conditions and reduce poverty. 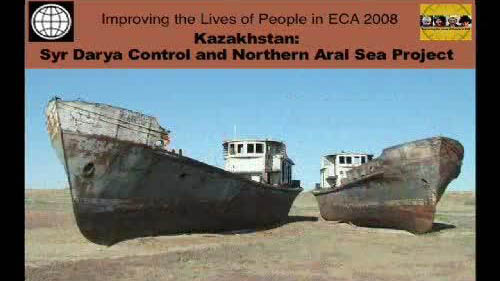