Violence without Borders: The Internationalization of Crime and Conflict 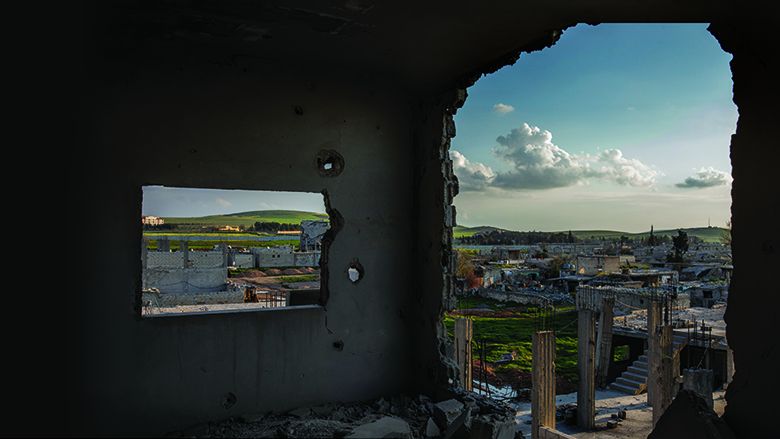 Blog: Global security as a public good: a call to action for the international community

The Policy Research Report Violence without Borders: The Internationalization of Crime and Conflict documents how permeable country borders have become in many different domains, and the troubling human and economic costs. The geographical spillovers of conflict and crime and political instability have intensified. Violence from armed conflict generates larger flows of refugees, who travel greater distances to seek protection and are distributed widely across many more receiving countries. In just 10 years, the number of transnational terrorist attacks has quintupled. The global trade in opium, cocaine, and other illicit drugs has reached a 30-year high, with production concentrated in a handful of countries. Elephant and rhinoceros killings are far above their 2000 levels because of persistent demand for wildlife products, and piracy in international waters is still a significant threat.

The increasing internationalization of crime and conflict is also reflected in their transnational determinants: (1) international demand and supply shocks for the major products a country produces; (2) foreign regulations (such as on illicit goods and services) that affect returns to producers and consumers along the supply chain; (3) technology diffusion; and (4) “conflict contagion” through either flows of tangible resources across borders (such as arms, fighters, and money) or flows of intangible resources (such as ideas, inspirations, and grievances).

"The internationalization of both the causes and consequences of violence means that stability needs to be reconceptualized as a bilateral, multilateral or even global public good. Given that different players have different incentives, international institutions can play a critical role in stabilizing domestic fragility by moving settlement of disputes away from battlefields and toward global platforms." 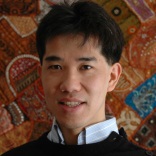 Because political stability and law enforcement are, increasingly, global public goods, this provides a rationale for greater international assistance to countries facing fiscal and technical constraints that prevent them from providing stability and the rule of law. In a world where individual countries are sovereign, this report examines instruments of international assistance to alter the domestic social, political, and economic landscape. The report finds that the impact of foreign interventions (whether military interventions or development assistance) on violence is ambiguous and context-specific. Military interventions might increase the state’s ability to control crime and insurgency but might also worsen citizens’ attitudes toward the government. Similarly, foreign aid might improve livelihoods and thus provide youth with an alternative to violence. At the same time, foreign aid could have ambiguous effects on broader citizen support for the government: although aid can support a strategy of buying “hearts and minds,” it can also aggravate corruption or generate retaliation and sabotage by criminal gangs or insurgent groups.

The challenge of collective prevention of internationalized conflict, crime, and violence is compounded by the “free-riding” problem: no single country internalizes the full regional and global benefits of supporting a fragile state in its maintenance of peace and the rule of law, which leads to the underprovision of assistance. Multilateral institutions can play an important role in institutionalizing such collective arrangements while recognizing the possibility of competing interests between nations permeating multilateral institutions.

"I believe that this report will be a useful resource for both policymakers and scholars of conflict and international crime. Its thesis that the global community has a large stake in preventing and resolving conflict, crime, and violence will hopefully expand policy discussions beyond individual countries to regional and global solutions." 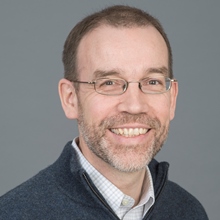 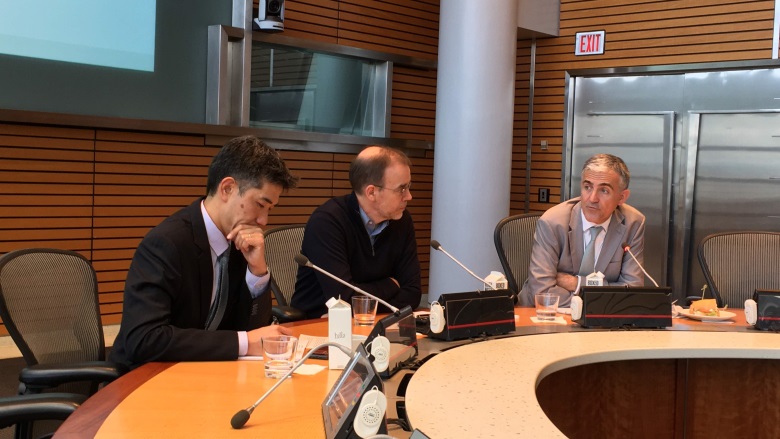 Key Figures from the Report 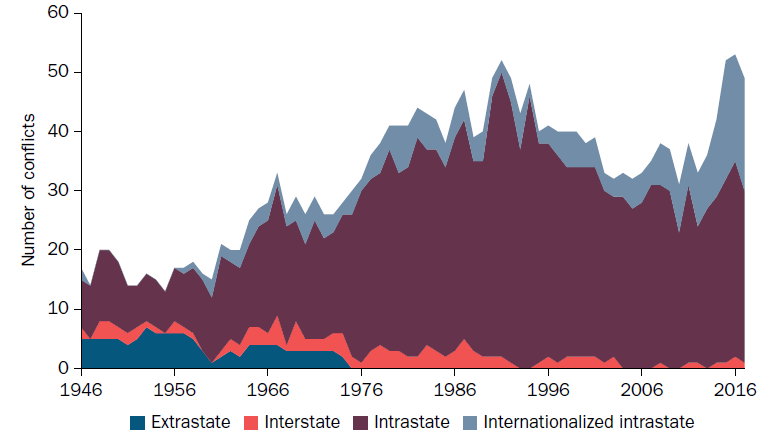 Many state-based armed conflicts are now international. Almost 40 percent of those taking place in 2017 involved interventions from third-party governments. This figure illustrates the increase in the number of internationalized intrastate conflicts over the past decade.

Note: See Figure 1.2 (page 11) in the report for more information on this figure. 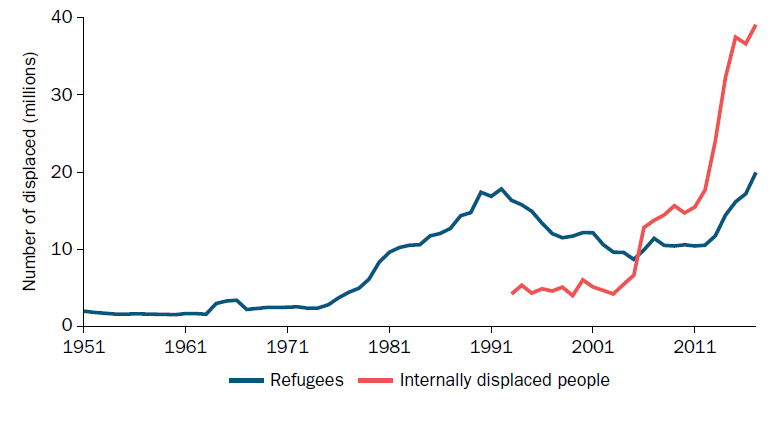 This figure charts the increase in the global refugee population since 1975, and the steep increase in the number of refugees over the past decade is clear. At the same time, however, twice as many people are displaced within their own national borders.

Note: See Figure 1.4 (page 14) in the report for more information on this figure.

Incidents of transnational terrorism—groups claiming responsibility located in a country different from where attacks took place—have gone up significantly since 2010. As of 2017, transnational incidents account for 14 percent of all identified events and 19 percent of all the casualties.

Note: See Figure 1.9 (page 21) in the report for more information on this figure.

This figure shows trends in global aid flows and peacekeeping operations over the period 1947–2017. The number of active missions as of 2017 was 10, whereas the historical high was 18 during May and June of 1994. Global aid flows stood at 0.4 percent of global gross domestic product (GDP) in 2013 (latest available data), lower than the historical high of 0.7 percent attained during the early 2000s.

Note: See Figure 3.1 (page 91) in the report for more information on this figure.