Report: Supporting Regional Peace and Development in the Horn of Africa

Like millions of people across Africa’s Horn region, war, drought and famine have forced Sarah and her family into a refugee camp, which they have called home for more than two decades. Sarah’s home, the Hagadera Camp in Daadab, on Kenya’s northern border with Somalia, houses 350,000 people, many of them from neighboring Somalia. Conditions are poor, unemployment high and food scarce.

" This new financing represents a major new opportunity for the people of the Horn of Africa to make sure they get access to clean water, nutritious food, health care, education, and jobs. "

The Horn of Africa Initiative

A new report from the World Bank Group analyzes the critical factors contributing to regional instability and vulnerability in the Horn of Africa and proposes how countries with help from their international partners, can best address them.

The report describes a new $1.8 billion initiative, which the World Bank will commit over the next 24 months, to boost economic growth and opportunity, reduce poverty, and spur business activity in the eight countries of the Horn region: Djibouti, Eritrea, Ethiopia, Kenya, Somalia, South Sudan, Sudan, and Uganda.

“This new financing represents a major new opportunity for the people of the Horn of Africa to make sure they get access to clean water, nutritious food, health care, education, and jobs,” said World Bank Group President Jim Yong Kim on the first day of a joint visit with the UN and other partners to Ethiopia, Kenya and Somalia. “There is greater opportunity now for the Horn of Africa to break free from its cycles of drought, food insecurity, water insecurity, and conflict by building up regional security, generating a peace dividend, especially among young women and men, and spurring more cross-border cooperation.”

The proposed Horn of Africa initiative builds on and complements the large country and regional programs that the WBG and other partners such as AfDB, AUC, EU, IGAD and IsDB are already supporting in the HoA. It seeks to take advantage of growing regional cooperation on security and development, progress being made in countries like Somalia, and new economic opportunities (linked, for example, to oil and mineral discoveries).

On October 27th, along with the World Bank Group announcement of $1.8 billion, the European Union announced that it would support the countries in the region with a total of around $3.7 billion until 2020, of which about 10 percent would be for cross-border activities; the African Development Bank announced a pledge of $1.8 billion over the next three years for countries of the Horn of Africa region; while the Islamic Development Bank committed to deploy up to $1 billion in new financing in its four member countries in the Horn of Africa (Djibouti, Somalia, Sudan and Uganda). A further $2 billion could be provided by the Arab Coordination Group over the period 2015-2017.

According to the report, the Horn of Africa countries have some of the world’s fastest growing economies–Ethiopia, where GDP growth has been averaging 8.5%; Kenya, with an economy growing at nearly 6%; Uganda with 5.3% GDP growth in 2013; and Djibouti with 4.8% growth in 2012. Many of the countries are rich in natural resources, have vast untapped farmland and have business communities that are innovative and eager to contribute to their economies.

But, many of the challenges are regional and demand cross-border collaborative solutions. The region is affected by ongoing conflicts within Somalia, between Sudan and South Sudan and between Ethiopia and Eritrea. Most recently, internal conflict has also broken out in South Sudan.

Leading the trip to the Horn of Africa, the United Nations Secretary-General, Ban Ki-moon said, “The countries of the Horn of Africa are making important yet unheralded progress in economic growth and political stability. Now is a crucial moment to support those efforts, end the cycles of conflict and poverty, and move from fragility to sustainability. The United Nations is joining with other global and regional leaders to ensure a coherent and coordinated approach towards peace, security and development in the Horn of Africa.”

Conflicts, along with famine, have triggered the displacement of millions of people within countries and across borders. Today, there are more than 2.7 million refugees and over six million internally displaced people (IDPs) in the Horn of Africa. The Dadaab camp, where Sarah lives, is the world’s largest refugee camp and Kenya’s third largest city.

Border zones are a common conflict trigger. Resource scarcity, combined with rapid population growth, poverty, and underdevelopment and in border regions, worsens both communal conflict and civil wars. Border zones have not traditionally not been a major focus of development, as countries in the region have viewed them through a predominantly security lens. Normalizing relations between neighboring states is one of the greatest development challenges in the region.

Poverty is rampant in the Horn. Although the percentage of people living on less than US$1 a day has declined, the number of poor people is increasing. According to the report, the Horn of Africa’s population doubles every 23 years, but with too little access to basic necessities such as clean water, food, health care and education. In many Horn countries, the majority of 14-19 year olds are unemployed.  Improving their opportunities to develop vocational skills, obtain employment and shun extremism and organized crime is a huge priority. Greater attention must be given to women and children and victims of gender-based violence, especially in refugee camps, according to the report.

Despite the challenges, countries in the Horn are working more closely together to solve both security and development problems and to strengthen economic ties with their neighbors. And, opportunities exist for enhanced peace and less poverty.  For example, Ethiopia is exporting its abundant hydroelectric power, Kenya has improved its ICT infrastructure, and Djibouti is upgrading its ports and electricity grid.

" The development of transport corridors to seaports, the management of shared water resources, improved ICT connectivity and enhanced energy security are all potential drivers of economic integration. "

Oil and gas also promises to bring change to the Region. Sudan and South Sudan have billions of barrels of oil reserves and new production is expected in Kenya, Uganda and possibly in Somalia and Ethiopia.

The World Bank Group Initiative will focus on two pillars: Vulnerability and Resilience and Economic Opportunity and Integration. Under the first pillar, the Bank aims to:

Under pillar 2, efforts will:

The Horn of Africa Initiative is one of three regional initiatives the World Bank Group and its partners have undertaken to support peace and development in Africa. In May 2013, the Bank announced $1 billion in new funding to help countries in Africa’s Great Lakes region provide better health and education services, generate more cross-border trade, and fund hydroelectricity projects. A November 2013 pledge of $1.5 billion to Africa’s Sahel countries will tackle political, food, climatic and security vulnerabilities. 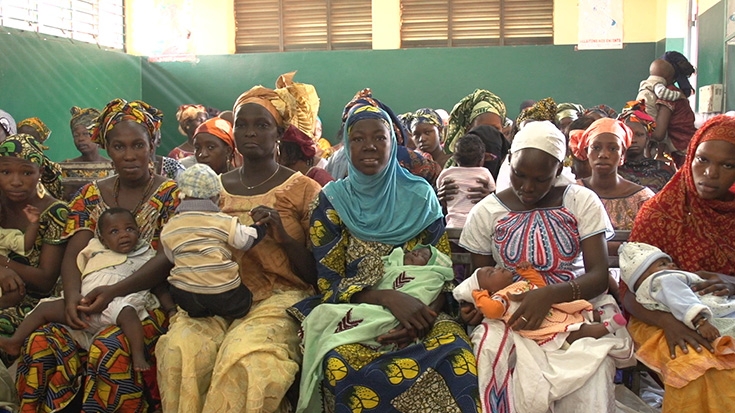 Fighting Poverty, Building Peace in the Horn of Africa