Africa’s Population Boom: Will It Mean Disaster or Economic and Human Development Gains?

WASHINGTON, October 22, 2015 — The population in Africa is rapidly expanding, and by 2060 the region will hold an estimated 2.8 billion people. With the right policies and actions, countries in Sub-Saharan Africa can reap a tremendous demographic dividend from this growth to propel an economic takeoff, according to a new World Bank report.

The report, Africa’s Demographic Transition: Dividend or Disaster? notes that demographic change such as population growth and a reduction  in the number of dependent youth, can have a deep impact on a country’s economic growth and the well-being of families. The report lays out anagenda for African countries that can increase the likelihood of capturing the potential social and economic benefits from population growth to create a demographic dividend in Sub-Saharan Africa. At the same time, it poses a challenging dilemma if the right policies and actions are not implemented judiciously.

“The growth in Africa’s working-age population will be relentless and inevitable,” said Punam Chuhan-Pole, acting chief economist for the World Bank Africa region. “The good news is that with the right policies and actions today, countries can accelerate the region’s transition to smaller families, healthier and better-educated youth, and an expanded job market if policymakers make the right decisions.”

For the past 15 years, countries in Sub-Saharan Africa have experienced impressive and sustained economic growth and development. Child mortality has dropped in most countries and fertility rates, or the number of children born per woman, have significantly been cut for educated women living in urban areas. Throughout the region, however, fertility remains stubbornly high, with an average of 5.4 children born per women in 2005–2010, and down from 6.5 children per woman in 1950–1955.

How will this population boom impact African countries? The answer depends on how each country responds today with policies, the report says. Policy choices and actions can transform the population of a nation into a healthy, educated, empowered labor force that can contribute to real and sustained economic growth that lifts people out of poverty, according to the report.

The report contrasts the demographic changes in Africa with those in East Asia, Latin America, and the Middle East. For example, from 1975 to 2010, East Asia experienced a rapid decline in fertility that reduced youth dependency and at the same time increased the number of working-age people (16–64 years old). The resulting demographic was 1.5 workers per new birth in the early years, hitting a peak of 2.5 workers per birth over 35 years.

At the same time, East Asia capitalized on export-oriented policies that increased the demand for labor. With more working adults, and fewer children per family in East Asia, resources were freed to allow families and the government to invest more in child education and health care, providing for a healthier cohort of working adults with skills, ready to move into the economy’s expanding job market.

The report also takes a regional approach to outlining the potential for a demographic dividend and presents broad recommendations that can begin to tackle the challenges and build on recent successes, such as: 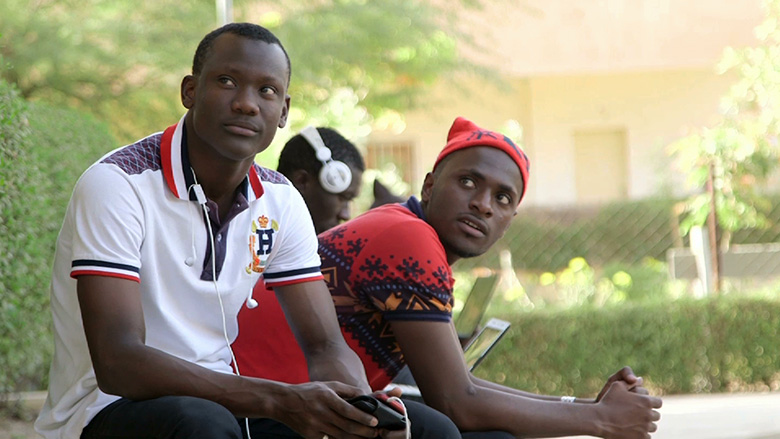 Africa's Demographic Transition: Planning for the Future of Africa's Youth