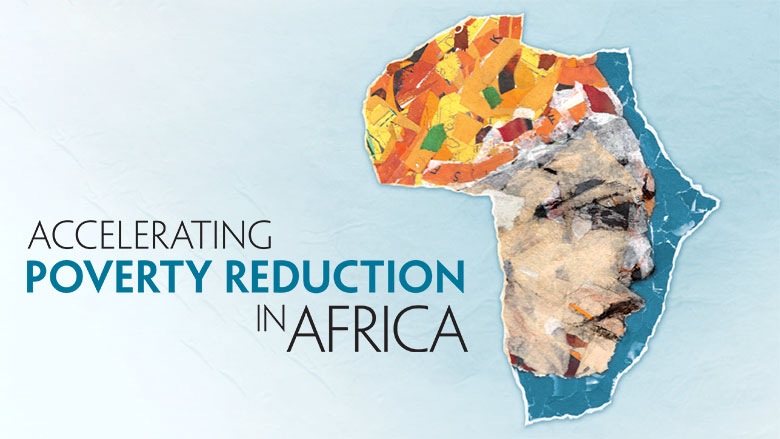 The poverty rate in Africa has gone down, but the number of African people living in poverty has increased and global poverty will increasingly become African

The report, Accelerating Poverty Reduction in Africa, says the share of Africans living in extreme poverty has fallen substantially—from 54% in 1990 to 41% in 2015—but due to high population growth during the same period, the number of poor people in Africa has actually increased from 278 million in 1990 to 413 million in 2015.

82% of people living in extreme poverty in Africa live in rural areas and earn what little money they have primarily from farming. Fragile and conflict-affected states have notably higher poverty rates, and lack of education, health, and skills as well as persistent inequality between men and women make poverty reduction harder.

Fertility has declined much more slowly in Africa then elsewhere, holding poverty reduction back 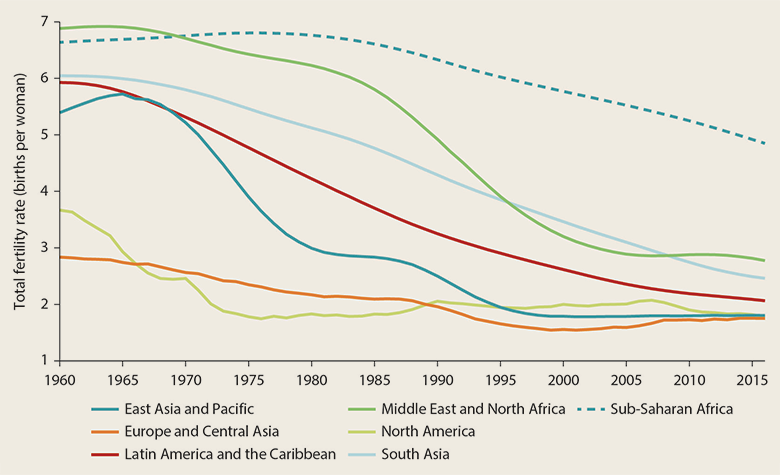 With a total fertility rate of 4.8 births per woman, Africa is the fasted growing continent (2.7% per year) and its demographic transition is slow. Rapid population growth and high fertility in many countries in Sub-Saharan Africa hold back poverty reduction in several ways. It will be critical for African countries to accelerate the fertility transition, through cost-effective interventions like family planning programs, which complement efforts to increase female education and increase their income opportunities for greater empowerment. With fewer children, families and governments will have the opportunity to invest more in each child’s human capital.

Africa’s food system can be much better leveraged to accelerate poverty reduction, on and off the farm 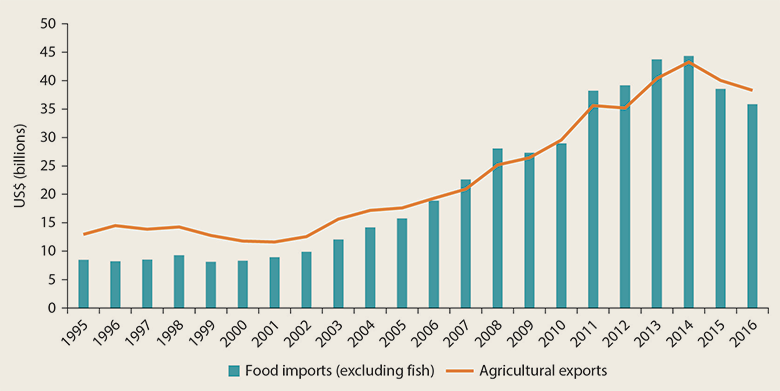 Africa’s food imports have risen sharply over the past couple of decades (from around US$ 10 billion in the early 2000s to US$ 35-40 billion more recently). Boosting the productivity of farmers who grow staple crops on small plots of land, in staples, but also other crops and livestock, can help poor people in Africa leverage the food system, earning more money from what they grow and helping meet the demand coming from cities for higher-value crops.  This must be accompanied by public investment in agricultural research and extension, irrigation, and rural infrastructure. There is large scope for technology and inclusive sourcing to help connect poor farmers to better production techniques and more lucrative markets – bringing them into the value chain more effectively.

Uninsured risks and persistent conflict can trap people, families, and societies in a cycle of poverty. Rural life, where 80% of Africa’s poor are, is in general more susceptible to risk than urban life. It is increasingly important to mitigate fragility to protect people’s progress and keep them from falling back into or falling further into destitution. The good news is that the solutions to managing risks are out there, with important roles for the public and private sectors to chip in. However, the incentives for public and private sector organizations to act before disaster strikes are low, and reactivity ends up winning out over proactivity in most cases.

Limited public resources challenge the financing of the poverty agenda, but more can be done 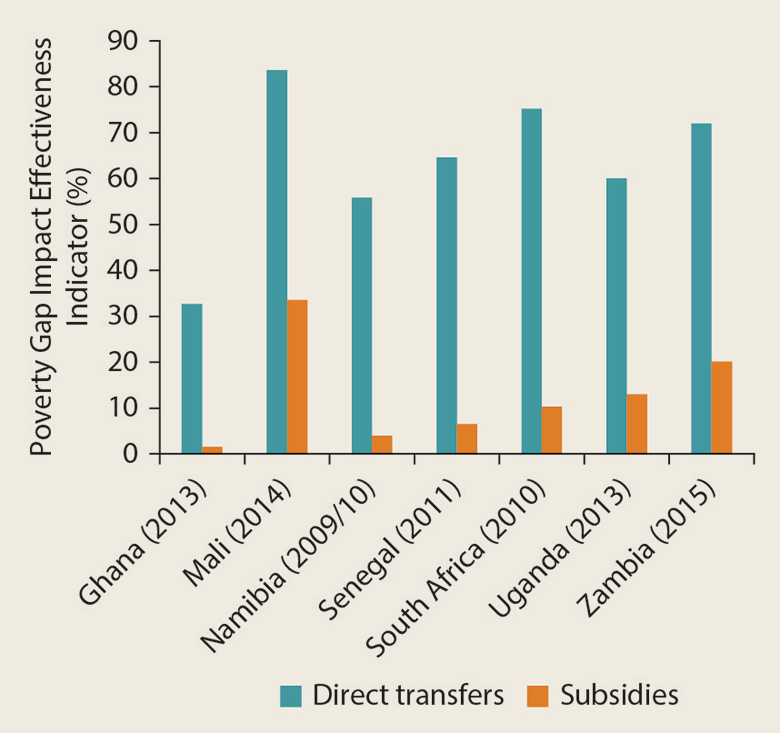 There is simply not enough money currently being spent on poverty-reducing programs and spending in sectors important for the poor is often not efficient and impactful. More resources are needed, some of which can be raised within country by ensuring that people and companies comply with tax rules so that countries are not missing out on critical resources to fund their poverty fighting agenda. But countries also need to address the poverty financing gap by dedicating more financing and importantly making their overall spending better for the poor and more efficient for all. This includes carefully studying the poverty impact of spending alternatives. Still, even with greater domestic revenue, Official Development Assistance (ODA) will still remain an important piece of the poverty-fighting puzzle in the foreseeable future. 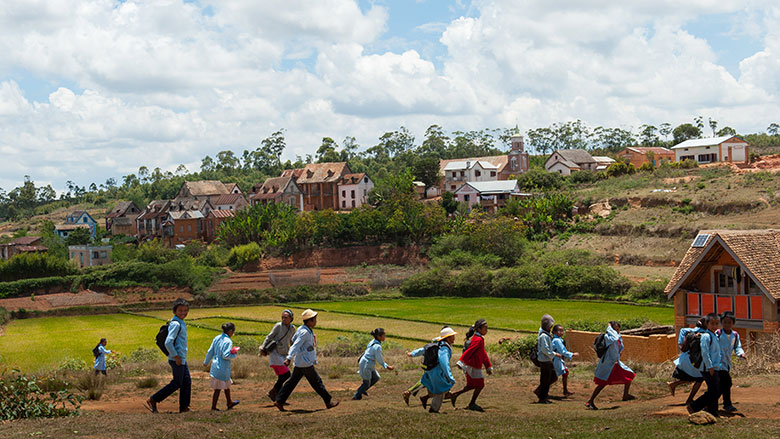