RESPECT Study for women at high risk of HIV infection in Dar-es-Salaam, Tanzania 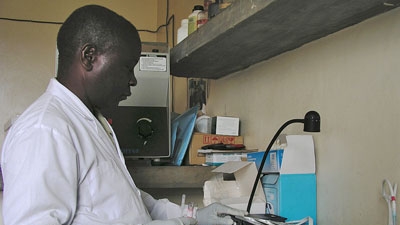 Preventing HIV infection is a priority in Tanzania, where an estimated 1.6 million people—about six percent of the population—are infected with the virus. Women are disproportionally infected and in 2011, some 60 percent of those living with HIV in Tanzania were women.  Urban sex workers have especially high rates of infection, estimated at 31 percent.

A previous SIEF-funded impact evaluation in Tanzania, known as the RESPECT study, found that giving women cash for testing negative for a set of curable sexually transmitted infections reduced the rate of these infections.  The current study is an extension of that and will test the conditional cash framework (the cash transfers are not funded by SIEF) on a high risk population of female sex-workers and women visiting bars in the evening in Dar es Salaam, Tanzania’s largest city. The evidence generated will be important for policymakers and international health groups working throughout sub-Saharan Africa to reduce the spread of sexually transmitted diseases.

The evaluation will focus on women 18 years and older in Dar es Salaam who meet the following criteria:

Once 4,031 women have been signed up, they will be offered an initial test for HIV and sexually transmitted diseases. They also will get counseled on protecting themselves from sexually transmitted diseases and they will receive male condoms and told about the use. Women who test positive for HIV won’t be eligible for the study and they will be directed to appropriate services. Those who test positive for the other diseases will get a voucher to use for free treatment at a nearby pharmacy and they will still be eligible for the study. The women will then be randomly divided into a treatment and a control group.

It will be stressed to all participants in the study that stopping or taking a break from sex work or from trading sex for money is a strategy for avoiding infection. Women in the treatment group who stop risky behavior will still be eligible for the cash transfers during the course of the study if they test negative for the sexually transmitted diseases.

As part of the study, researchers will carry out in-depth interviews with a subsample of the participants, focusing on the things that affect women’s ability to protect their health and practice safe sex in the context of the conditional cash transfer program.

The results from this impact evaluation will be useful for policy makers across Africa looking to stop the spread of HIV by focusing on high-risk populations. The HIV/AIDS crisis has extraordinarily high social and economic costs. Prevention—which is far cheaper than treatment—is a priority, especially in Africa.  Financial incentives for high-risk populations, along with other innovative and effective prevention approaches, are therefore of critical interest to health care practitioners and policy makers alike.