Nutrition and Education: Investigating What Works 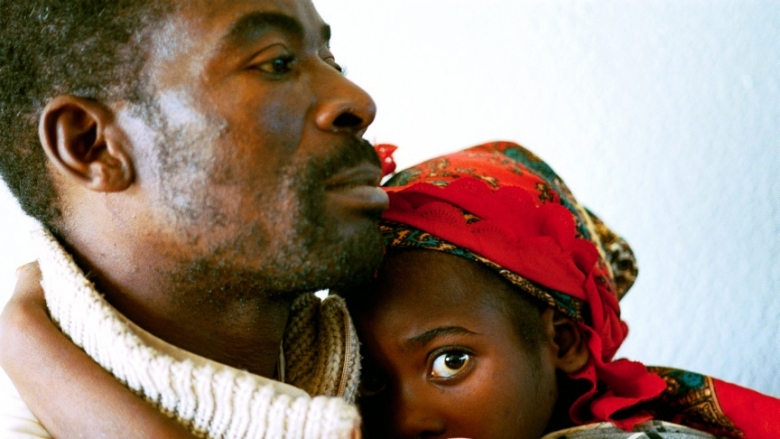 Preschool programs are a great way to give kids the educational building blocks to help them learn and prepare for primary school. But is that enough?

In Mozambique, a World Bank-funded evaluation of a low-cost preschool pilot program run by Save the Children showed the importance of early education. Children who attended preschool were more likely to start primary school at the right age, and they scored higher in cognitive and other skills critical for success.

With funding from the Strategic Impact Evaluation Fund (SIEF), World Bank researchers will now measure the effectiveness of a scale-up of low-cost community preschools, and test the effectiveness of a new intensive early nutrition program for children under the age of two, pregnant women, and adolescent girls. The evidence gathered will help policymakers and development groups understand how the two interact and the possible benefits of integrating both approaches.
The study’s project leader, Bank Senior Education Specialist Sophie Naudeau, talks about her research and its possible policy impacts.

Q: Don’t we already know that nutrition in the first 1,000 days is critical to child development? What more can we learn from this evaluation?

We know that both nutrition and early stimulation are critical, but we’re trying to figure out if it makes sense and if it is more cost-effective to target each alone or together. So far, there is very little evidence. We’re hoping to add to the body of knowledge around the issue so that we’re better prepared to answer this question. As far as we know, this will be the first study of its kind in Africa.

Q: The results from your previous study showed that preschool helped children be better prepared for primary school. Do you think that poor nutrition made it that much harder for them to benefit from the program?

Poor nutrition in the first 1,000 days and arriving to school hungry in first grade are two very different issues. The first has lasting effects on physical height and brain development. The second interferes with children's capacity to pay attention in the moment and to learn that day. If the problem persists over time, a child’s long-term learning will be affected. In practice, the nutritional situation of children does not change that much from conception to the primary school year, so many poor children are both stunted by age 2 and also arrive hungry at school when they reach primary school age. Still, it's important to separate the two, since the types of interventions required to address the problem (and their cost effectiveness over time) are different.

Q: What’s the concern about nutrition and children in Mozambique? What is the overall nutritional situation and is it linked to anything specific (lack of information for example or mainly no money for food?).

Mozambique is one of the poorest countries in the world, ranking 185th out of 187 countries on the 2012 Human Development Index—third from the bottom. Lack of nutrition is a major problem: 44% of children under five suffer from chronic under nutrition, with poor maternal health and high rates of low birthweight. For example, 15% of newborns have low birthweight. Vitamin deficiency is also a problem: Nearly three-quarters of all children under the age of two, as well as more than half of all pregnant women, are anemic. Much of the problem stems from poverty and food insecurity, but lack of nutritional information may also be to blame: even among the richest quintile, 25% of children are stunted, which suggests improper feeding practices, as well as an inability to prevent and manage illness.

Q: Thanks to your earlier evaluation, we learned how important preschools can be in helping children develop cognitively and in other ways. Will this evaluation add another piece to the puzzle of how children get the best start in life?

Our preschool study showed that children enrolled in preschool were better prepared for first grade and also more likely to start at the right age of six. Problem-solving, fine motor and socio-emotional skills all improved for the children as a result of their being enrolled in preschool. It also freed up time for older siblings, who were more likely to attend school themselves as a result. And so for us, the benefits were clear. But for all the improvements, imagine what kind of advances these children—many of whom were stunted— could have made if they had also had a good nutritional start. The combination of solid nutrition and a good educational foundation can make a real impact on the development of a child—and a country.

Q: Do you think the role of nutrition is adequately understood in the development and/or policymaker world? What more do development experts need to do to make sure that the importance of nutrition, especially in the first 1,000 days, is made a priority?

We’re hoping that the results will help policymakers in Mozambique, but they will also be relevant to other countries that face similar nutritional and educational challenges. Food insecurity and undernutrition are not unique to Mozambique: they face many poor countries, and their effects are long-term, both for the individual and for society.

The first 1000 days—from conception until two years—are critical because beyond this period, many of the negative effects are irreversible. Damage can be long-term and in the long-run, this can slow down a county’s economic progress. As policymakers and people in the development community try to tackle these problems, it’s important to have evidence to see what’s most effective. Both early nutrition and early stimulation/education are key to human development, and impact evaluations like ours help us understand what works and what doesn’t, so that interventions can be shaped accordingly.