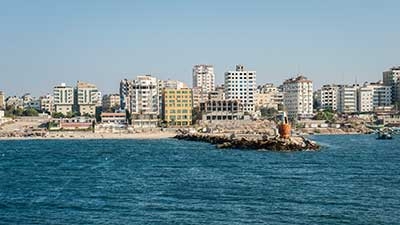 The purpose of the Palestinian Recovery and Development Plan Multi-Donor Trust Fund (PRDP-MDTF) is to help donors support the Palestinian Authority’s policy agenda as expressed in the PA’s National Policy Agenda 2017-2022 by channeling budget support for its implementation.

What is the Palestinian Reform Development Plan Trust Fund?

The Palestinian Reform and Development Plan (PRDP 2008-2010) presented by the Palestinian Authority (PA) to the December 2007 Paris Donor Conference included a 3-year fiscal framework, on the basis of which donors committed substantial budget and development support at the Conference.

The PA’s latest national policy agenda 2017-2022, published in 2017, lays out the development agenda for 2017-2022 and identifies priorities. It seeks to consolidate gains from institution-building activities emphasized in the previous NDP.The purpose of the PRDP Multi-Donor Trust Fund (MDTF) is to help donors support the PA’s policy agenda by channeling budget support for its implementation.

The budgetary support is provided directly to the Central Treasury Account of the Ministry of Finance.   Funds provided by donors are untied and un-earmarked, linked to the execution of the policy agenda in the PRDP. The funds fall under the modernized budget allocation and expenditure system recently introduced by the PA which has been evaluated positively by the IMF, and the movement of funds from the TF is audited by external auditors (see the audit arrangements section below).

The PRDP-MDTF pools different donor funds into one administrative mechanism that reduces the transactions costs for the PA and for the participating donors, clearly links support to reform progress and provides regular and reliable disbursements to support priority recurrent and project expenditures in the budget.

Establishment of the PRDP-MDTF and the TF Legal Agreement

The PRDP-MDTF was established by the World Bank in March 2008 at the request of the PA and several donors who wanted an independent supervised mechanism for channeling budget support funds to the West Bank and Gaza.

A Trust Fund Legal Agreement governing the arrangements for the transfer of the funds from the Trust Fund to the PA was processed in Washington on April 11, 2008 and was amended for the first time in 2011 to incorporate the latest World Bank Trust Fund policies. The trust fund has been extended for 3 year periods in 2011, 2014, and the latest in 2017 with an end date of August 2020. Current active donors include the governments of France, Kuwait, Norway, and Japan.

The release of funds from the PRDP-MDTF is concurrent with the implementation of key aspects of the National Policy Agenda 2017-2022 relating to budget execution and the maintenance of a sound macroeconomic framework, with the aim of strengthening the PA’s fiscal position. Key policy items include expenditure containment (particularly wages, and net lending) and progressive strengthening of public finance management while maintaining an acceptable level of social expenditures and social protection.

The World Bank closely monitors the implementation of the policy agenda. The PA provides quarterly reports on their progress towards the NDP goals.  The Bank, in consultation with the IMF, reviews these reports and makes disbursement decisions based upon satisfactory progress.

Management and Administration of the PRDP-MDTF

The PRDP Trust Fund Task Team Leader was Mr. Sebastian Saez, Program Leader, email: ssaez@worldbank.org. In order to keep donors and the PA informed on progress of the PRDP-MDTF activities, the Bank calls regular briefing/consultation meetings with the PA and also Participating Donors.

Consultation meetings take place quarterly or on an exceptional basis and are triggered by: (i) a review of the PA’s quarterly progress reports on implementation of the NDP, (ii) significant events impacting the fiscal framework, or (iii) a request from the PA for a Disbursement from the PRDP-MDTF outside the normal quarterly framework.

For more information on the MDTF, please contact Arden Finn at afinn1@worldbank.org, or Jabez Sungwoo Chun at schun@worldbank.org.

Arrangements for Donor Contributions to the PRDP-MDTF

Participating Donors are requested to sign a short Administration Agreement with the Bank which lays out the arrangements between the World Bank and the donor for the transfer of funds to the Bank TF and release of funds to the PA.  Upon signature of this agreement by both sides (the donor and the World Bank) the donor transfers the funds to a World Bank TF Account. The Administration Agreement is the same for all Participating Donors in terms of TF structure, reporting, and other requirements.

While funds can be transferred by donors to the PRDP-MDTF at any time during the year once the Administration Agreement has been signed, it is advantageous and more efficient if the Participating Donors can provide early indications on their funds and transfer them in one tranche. This greatly facilitates the World Bank’s and PA’s planning.The Bank applies the same criteria to the management of the funds in the PRDP Trust Fund as to the Bank’s own funds committed for budgetary support of NDP implementation. The specific arrangements for the release of funds from the PRDP-MDTF account are described in the Disbursement section below.

Arrangements for Disbursement of funds from the TF

In line with the Paris Declaration on Aid Effectiveness, the PRDP-MDTF disburses untied, un-earmarked donor funds to the PA’s Central Treasury Account. However, disbursements are made only after (i) a rigorous assessment of the new public financial management procedures adopted by the Ministry of Finance; (ii) a satisfactory assessment of the viability and priorities of the annual PA budget; and (iii) a satisfactory assessment of the progress of implementation of the NDP, based on the Letter of Development Policy addressed to the World Bank by the PA when the PRDP-MDTF was established.

The PRDP-MDTF aims to provide predictable budget support with regular disbursements. Funds are disbursed approximately every calendar quarter.  As a rule, disbursements to the PA are timed in February, May, August and November of each year. This timing is linked to the review process.  Within one month of the end of each calendar quarter, the PA prepares a quarterly report on the progress of the budget and the NDP. This report is reviewed by the World Bank staff in consultation with IMF staff for consistency with budget objectives.  After a positive Review, the TF funds are disbursed to the PA Central Treasury Account. Exceptional disbursements may be made if requested by the PA and approved by the World Bank.

There are no benchmarks as such; the Review determines whether overall progress towards commitments made in the NDP is sufficient to justify a disbursement at that time.  Some key monitorable indicators are used to assist in making this judgment. (see: PRDP-MDTF Action Matrix capturing NDP objectives and related monitoring indicators).

The PRDP-MDTF relies on the PA's own fiduciary systems for public finance management.  The IMF’s assessment of the PA’s Public Financial Management system is that cash control procedures have been restored to their pre-2006 levels, meaning that the PA's Central Treasury Account (CTA) is fit to receive donor transfers. As described, independently of whether there is a disbursement decision pending for the PRDP-MDTF, the PA issues quarterly progress reports on overall budget and NDP implementation.  These reports are then reviewed by the World Bank in consultation with the IMF.

The parent PRDP-MDTF is audited by the World Bank’s external auditors following regular World Bank TF management practice. In addition the PA has agreed that all funds transferred to the PA from the main PRDP-MDTF be placed in a Ministry of Finance Deposit Account and amounts be equally accounted for in the PA budget management system in a manner acceptable to the World Bank. The whole process is audited annually by external auditors selected and paid for by the World Bank as part of the cost of administering the PRDP-MDTF.

To date (since 2008), the trust fund has disbursed US$1.6 billion to the Palestinian Authority. The End disbursement date is August 1, 2020.

May 15, 2020
A contribution has been received from the French Ministry of the Economy and Finance in the amount of EUR 8 million, USD 8.6M approximate.
Welcome